Prince Harry’s reconciliation is “very much on the King’s agenda” because he knows that the Royal Family “must be united” to best serve its people, an expert has claimed. Katie Nicholl, who published a book entitled The New Royals weeks after the Queen’s death, told Palace Confidential that a reuniting of the family was important to Charles “on a personal level” as well as a professional one. She said that while there were “no signs of a long-term reconciliation”, King Charles has been making active efforts to extend olive branches to Harry and Meghan.

Ms Nicholl said: “The Queen had a remarkable ability to compartmentalise. I think that was so key to the success of her reign.

“And I think Charles will probably have to do the same. I mean, as you say, there are many familial issues here, the rift at the heart of the family of Windsor is no secret, we see no signs of a long-term meaningful reconciliation.

“But I have been told that it is very much on the King’s agenda. He knows that a Royal Family has to be a united Royal Family. 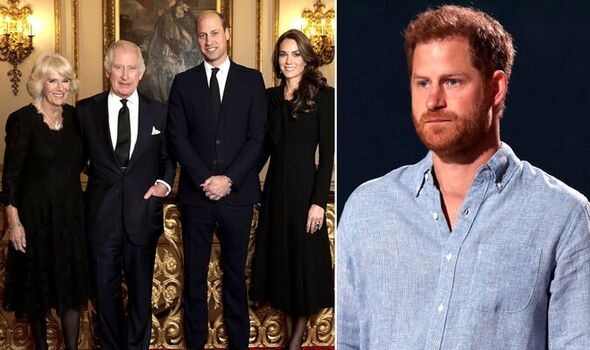 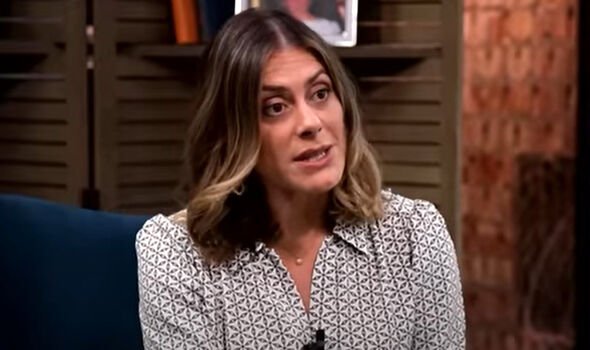 The relationship between the estranged royals and the rest of the family has been strained since they quit their duties in 2020 and moved to California.

During the Queen’s Platinum Jubilee celebrations, the Duke and Duchess of Sussex kept their distance, only attending one event in an official capacity.

But after coincidence had them in the UK when Her late Majesty passed, Britons hoped that, in mourning, the family might come together.

And the initial response appeared to show the Royal Family presenting a united front. 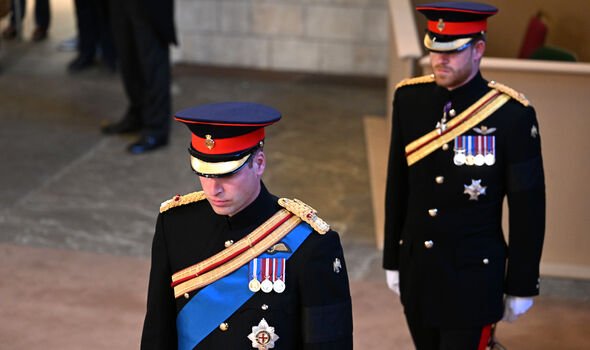 Prince Harry, Meghan Markle, Prince William and Catherine, the Princess of Wales, all visited Windsor Castle together the weekend following the Queen’s death.

They had been staying just half a mile apart on the Windsor estate but had had no intentions of seeing each other prior to the tragic loss of their grandmother.

Prince Harry and Prince William also proceeded behind the Queen’s coffin together, in a row behind their father, in a sign of solidarity. 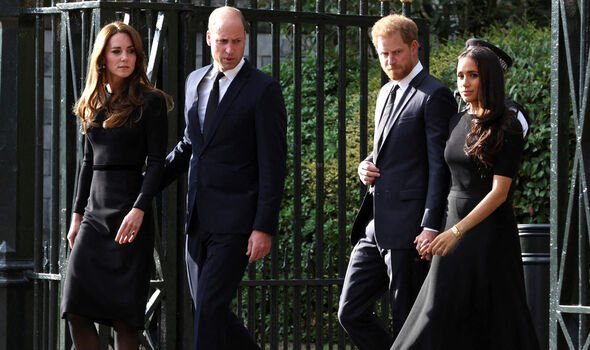 But as the Sussexes flew back to California, there have been no reports on continued lines of communication between the Royal Family.

It is possible that the united front was a spur-of-the-moment reaction to the Queen’s death.

Meanwhile, Harry and Meghan have reportedly decided to move from the mansion in Montecito to a smaller Santa Barbara community 10 miles further up the California coastline.

It is believed they had security concerns about their current property after several intrusions earlier this year.