Royal expert Angela Levin argued that Prince Harry behaved over the top at the unveiling of the Princess Diana statue on Thursday. Due to the ongoing rift between Prince William and Prince Harry many experts were quick to focus on the body language of the two brothers.  While speaking on TalkRadio with Julia Hartley-Brewer, Ms Levin argued the Duke of Sussex put on a “phoney” persona throughout.

“He came out looking like a ‘dude’ not a Prince.

“His shirt was creased, his jacket wasn’t done up, he had these brown shoes on.

“They were all making points, he arrived only ten minutes before the unveiling and all that smiling and laughter, I bet he was taught that by somebody else, we don’t have to mention the name.” 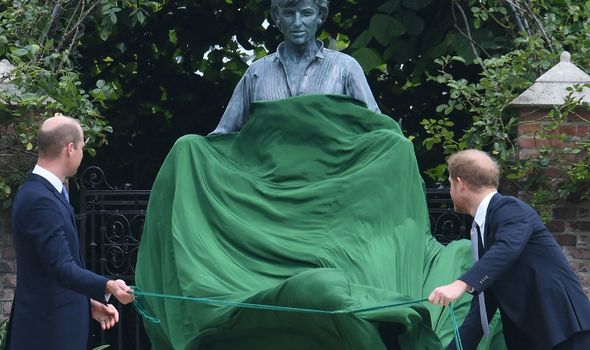 She said: “This is the job, if you are going to have a public unveiling of a statue of your mum, who was a very public figure, then you have got to turn up and put the smiles on.

“Otherwise don’t do a public unveiling, he has been trained to do that?

“I’m sorry, but millions of people do that all the time for their jobs.”

The royal expert continued to defend her stance and argued it was very clear that Harry was not being genuine.

Ms Levin continued: “This is particularly clear with Prince Harry.

“Harry is emotional and shows that William showed his emotion. 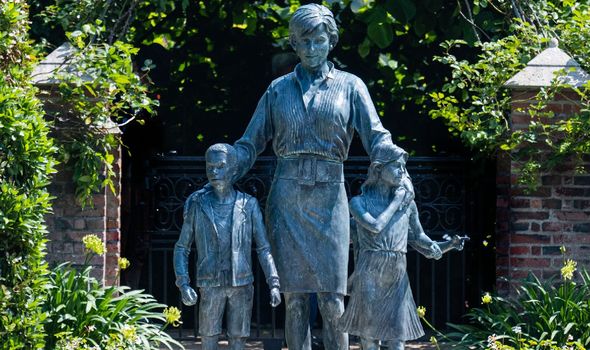 “But I thought Harry was being over the top.

“Everything was funny, giggling and he said to William ‘okay, pull it down.’

“William then said ‘no, we must make sure that this is okay.”