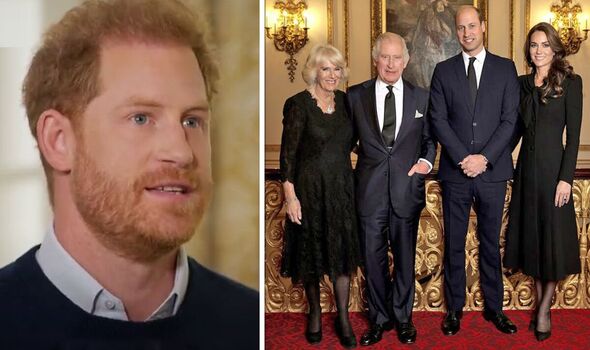 Prince Harry has accused “certain members of the royal family” of being “complicit” in leaking stories to the press. He also told Tom Bradby that he had “no intention of harming” King Charles III or his brother William with the release of his memoir Spare.

“We are not just talking about family relationships, we are talking about an antagonist, which is the British press. Specifically the tabloids which want to create as much conflict as possible,” The Duke of Sussex said.

He added: “The saddest part of that is certain members of my family and the people that work for them are complicit in that conflict. So though I would like to have reconciliation and I would like accountability, I have managed to make peace, over this time with a lot of things that have happened.”

The Duke claimed that certain members of the Royal Family leaked stories to the British press in order to shore up their own public image.

He said: Those certain members have decided to get in the bed with the devil, right? – to rehabilitate their image.

If you need to do that, or you want to do that, you choose to do that – well, that is a choice. That’s up to you.

“But the moment that that rehabilitation comes at the detriment of others – me, other members of my family – then that’s where I draw the line.”

Prince Harry added that he would like to “reconcile” with his father and brother but that “he doesn’t recognise them” at this point in time.

He hit out at the “lack of scrutiny” of the rest of the Firm, and claimed he and his wife Meghan Markle were “scrutinised more than probably anybody else”.

“There’s no part of anything I’ve said that has been scathing towards any member of my family, especially not my step mother. There are things that have happened that have been incredibly hurtful some in the past, some current,” Prince Harry said.

He added: “No institution is immune to accountability or taking responsibility, so you can’t be immune to criticisms either.”