Richard Eden, a royal commentator for The Daily Mail, has criticised Prince Harry for telling the media, via a friend, he was “heartbroken” with his military uniform during the Queen’s vigil because the decision was not rooted not in discrimination but official royal procedures. Harry, according to a source close to the estranged prince, complained that he had not been given the epaulette ‘ER’ on his shoulder, which is the initials of the Queen (Elizabeth Regina), despite having served in Afghanistan. But Mr Eden said the decision had been in keeping with procedure, suggesting that when Harry quit his royal duties, he had forfeited his right to wear the insignia.

Mr Eden said: “We read in the papers the next day that Prince Harry had been desperately unhappy.

“Now, the reason for this, obviously he should have been thrilled he was allowed to wear a uniform, but when his uniform was delivered, it did not have the ER epaulettes on the shoulder that Prince William had.

“People were saying, ‘Oh, it is terrible. It is an example of him being badly treated’. But what it was, you only get these if you are an aide-de-camp of the Queen and he lost that role, so others, like Prince Andrew or Prince William, still had that role up until the Queen’s death, whereas Harry lost that, along with everything else.” 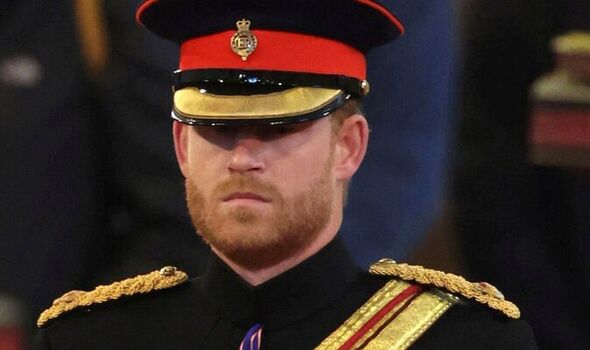 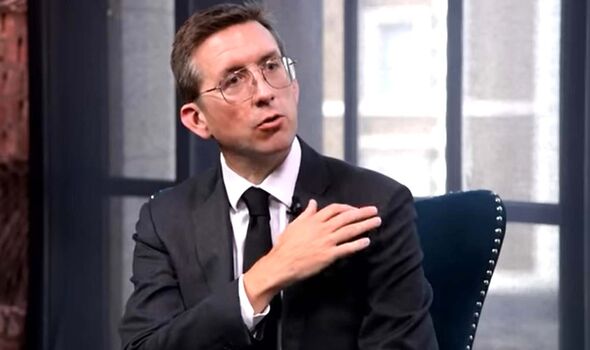 “Indeed it was. So, carping and moaning 24 hours, 36 hours before the Queen’s funeral I thought was the wrong time.

“If he was unhappy about that, there was another time and a place for that. As Richard had just pointed out, there was a very good reason for it and if he had just picked up the phone to someone, they could have explained it to him.

“But, instead, it seems, somebody picked up the phone to a friend, a source, I think we all probably know who that one is, and hence the story appears in the Sunday papers: ‘Harry unhappy again.’” 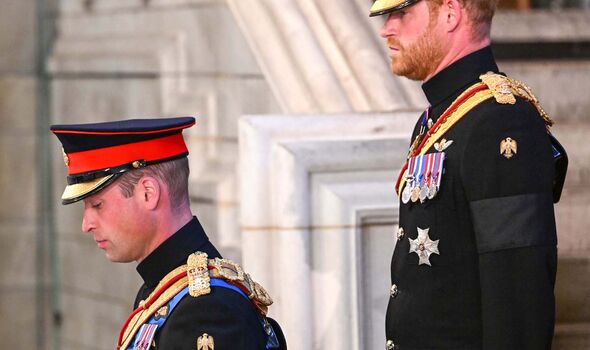 Prince Harry, despite serving in the Army for ten years and being deployed to Afghanistan twice, had not been allowed to wear his ceremonial uniform for the majority of engagements after Queen Elizabeth’s death.

That right was lost when he quit royal duties in 2020 and settled in California with Meghan Markle and now his young family.

The ban was lifted, however, for the Queen’s vigil, held at Westminster Hall last Saturday, two days before the funeral, but the epaulette ER was not reinstated.

DON’T MISS: Meghan’s friend claims ‘no peace deal’ struck with William and Kate [INSIGHT]
Row erupts over bizarre claim Meghan was only only one to cry [REPORT]
Harry made ‘hand flick’ gesture at William during tense funeral moment [REVEAL] 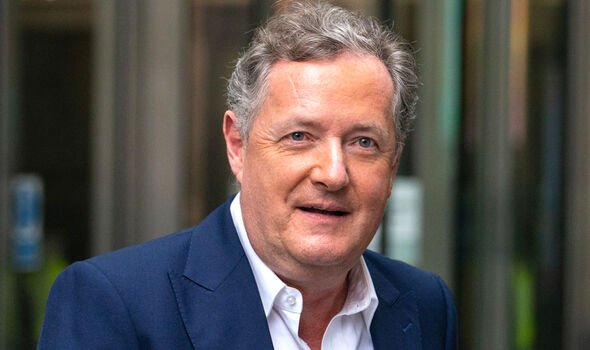 Speaking on Uncensored, his official TalkTV show, after the Queen’s funeral on Monday, Mr Morgan: “It seemed a bit churlish – I mean, I’ve got no truck for Harry’s behaviour in recent years, but this was his grandmother, he did serve his country with great valour – two tours of Afghanistan – and we’ve already had the row about the uniform to start with, where Andrew was given dispensation to wear his, and then eventually Harry was allowed to wear his.”

In the Sunday Times, a friend of Harry’s said the Prince was “heartbroken” not to be able to wear the epaulette.

The friend said: “He is heartbroken. To remove his grandmother’s initials feels very intentional.”

Reports also suggested Harry nearly decided to wear the morning suit instead of the military uniform, despite the special privilege, to avoid “humiliation”.