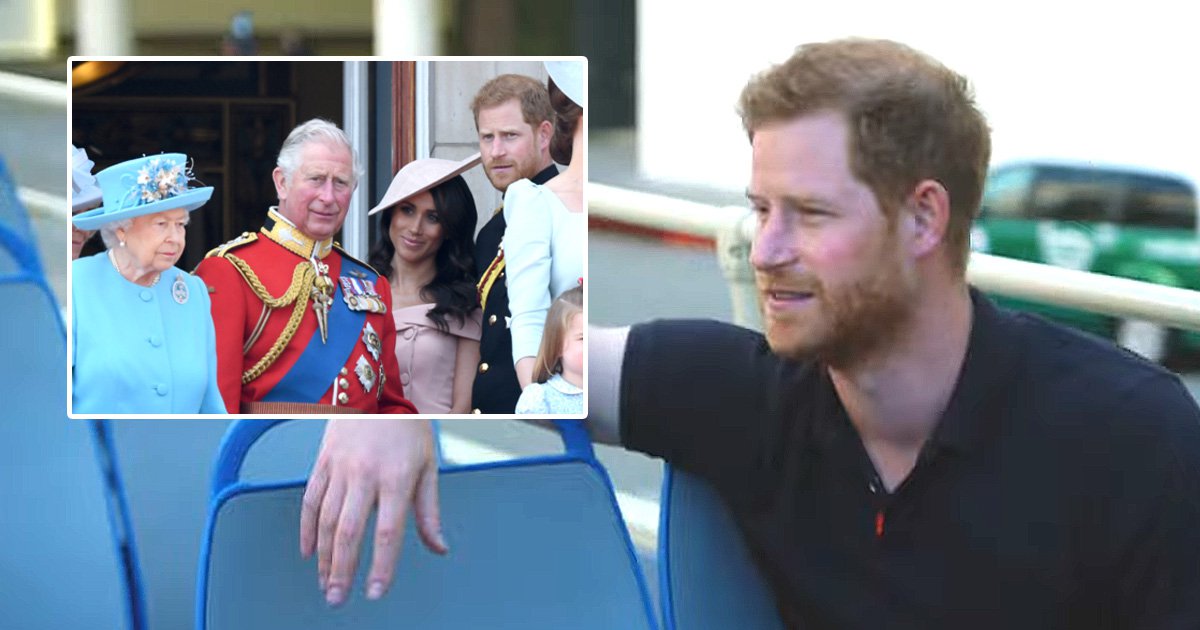 The Duke of Sussex says he hasn’t turned his back on the Royal Family and that his life will always be about ‘public service’.

Prince Harry took a swipe at the press for ‘destroying my mental health’ and said he and Meghan Markle were faced with a ‘really difficult environment’ after deciding to quit as senior royals.

In an interview with James Corden, he said it ‘was never walking away, it was stepping back rather than stepping down’.

Harry said he needed to move his family to start a new life in the US, but insisted: ‘I will never walk away, I will always be contributing. My life is public service.

‘My life is always going to be about public service and Meghan signed up to that.’

In the segment for the The Late Late Show, the duke spoke of his early relationship with Meghan, 39, before it was thrust into the public spotlight.

He said dating for him or any member of the Royal Family is ‘flipped upside down’, telling Corden that early dates take place at home and only when they are a couple do they venture out in public.

He added: ‘We got to spend an enormous amount of time just the two of us.

‘There were no distractions, and that was great, it was an amazing thing. We went from zero to 60 in the first two months.’

Harry was also asked what he thought about the The Crown’s not always flattering portrayal of his family’s history.

He defended the drama saying: ‘They don’t pretend to be news, it’s fictional but it’s loosely based on the truth.’

James and Harry also visited the house of the 1990s sitcom The Fresh Prince Of Bel-Air, with the duke rapping the theme song originally performed by Will Smith.

The pair also tackled an assault course with the TV host complaining about getting dirty.

Harry and Meghan are expected to give a ‘candid’ account of their life in the Royal Family and their new life in America during a 90-minute CBS special with Oprah Winfrey, set to air on March 7.

The eagerly anticipated interview has sparked a bidding war in the UK, with broadcasters desperate to get the rights to it.