Prince Harry joined the Queen and other senior members of the Royal Family to say his final goodbye to his grandfather, Prince Philip. The Duke of Sussex appeared emotional as he walked behind the vehicle carrying his grandfather towards St George’s Chapel. He was seperated on the procession from Prince William by their cousin Peter Phillips.

It was also notable that the Queen did not lead the funeral procession.

Instead, that duty was left to Prince Charles, the future King and first son of the Duke and the monarch.

The Prince of Wales was in the lead group alongside his sister Princess Anne.

They were followed by their siblings the Earl of Wessex and Duke of York.

JUST IN: The Queen wipes away tear for Philip as she arrives for funeral 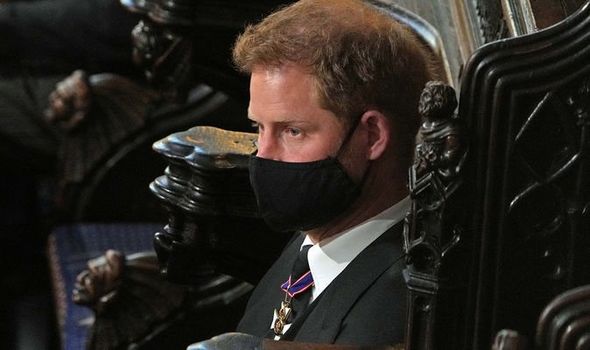 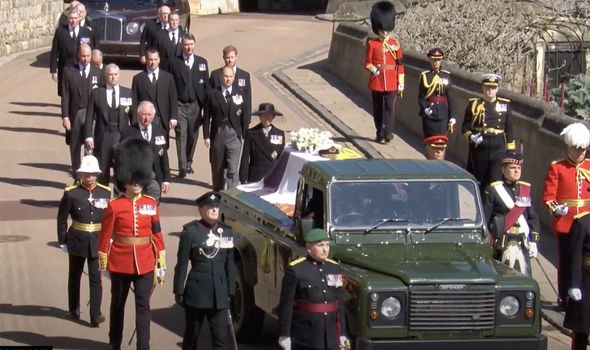 In the third row, the Duke of Sussex, Duke of Cambridge and their cousin Peter Phillips walked to the chapel for the funeral service.

Harry is one of 30 people attending Prince Philip’s funeral, a limit imposed under Covid rules.

A national minute’s silence was held at 3pm to commemorate the Duke of Edinburgh’s life.

The Duke of Sussex had not returned to the UK since relocating to the United States with his wife Meghan Markle and son Archie Harrison in March 2020. 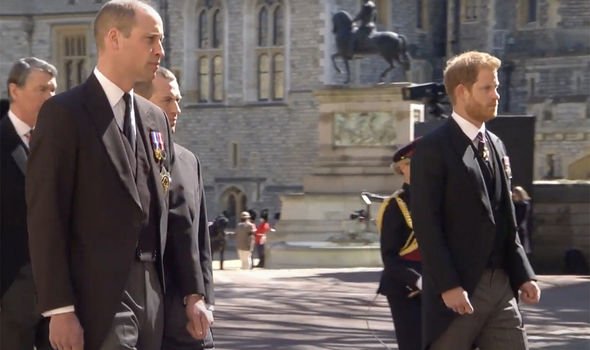 Harry was last seen at a family event when he attended the Commonwealth Day Service at Westminster Abbey days before the UK was plunged into lockdown and travel restrictions to and from the US were implemented.

The royal made his way back to the UK the day after the Duke of Edinburgh died at Windsor Castle aged 99.