Body language expert Tonya Reiman has said while Prince Harry has spent nearly four decades with royal status, his public appearances have betrayed a “vulnerability” about being in the spotlight. As the estranged prince and his wife Meghan Markle spend time in the UK alongside Prince William and Kate, the Princess of Wales, Ms Reiman suggested it was the Cambridges, and particularly Kate, that appeared “more comfortable” with their roles.

Ms Reiman said: “He always does this, that’s a comfort level thing to cross his arms and when we cross our arms across our body, it’s to help us feel less vulnerable.

“When I see this, I don’t see discomfort on Harry’s part, but I feel vulnerability.

“When you look at Kate, she is all royal. She is the one. So looking at Kate, you have to recognize this is kind of what she’s been primed for.

“I don’t think that there’s a question of who’s better at it. I think it’s more who was more comfortable being in that skin, and that for me is Kate.” 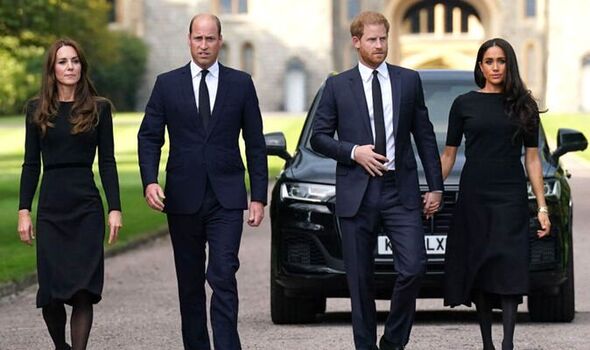 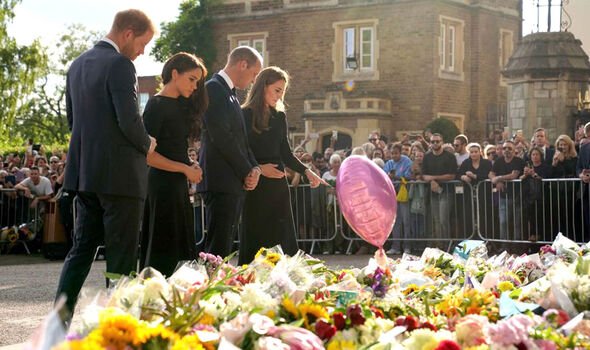 Prince Harry’s acrimonious split from the royals two years ago took its toll on the family, in particular Prince William.

The relationship between the brothers was reportedly strained following a series of royal revelations from Prince Harry.

But after the Queen’s death, the pair have been spotted side-by-side on multiple occasions, providing a much-desired picture of unity in the family.

Over the weekend, the two brothers and their respective wives appeared together to greet well-wishers in Windsor. 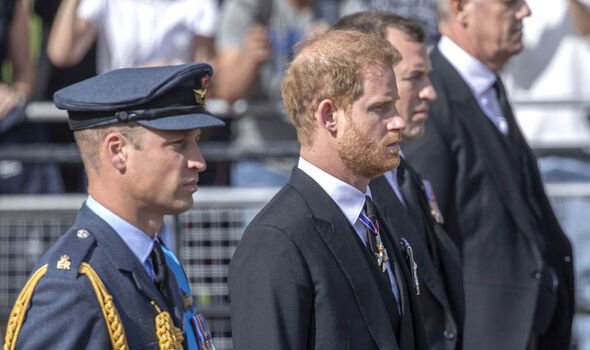 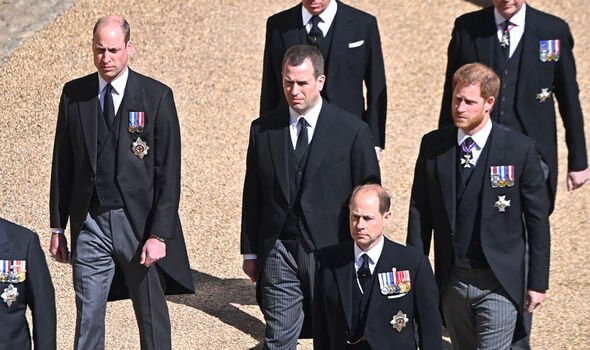 The formerly-called ‘Fab Four’ arrived together in a car and visited Windsor Castle to glimpse the rows of flowers and tributary messages laid by the front gates in memory of the late Queen Elizabeth II.

The group then returned to the car and travelled to their respective cottages, which are just half a mile away from each other on the Windsor estate.

And on Wednesday, Harry and William were seen walking side-by-side during the procession of the Queen’s coffin to Westminster Hall.

The scene, though sadly reminiscent of the funeral procession of their mother Princess Diana in 1997, was an altogether more positive one compared to the images of Prince Phillip’s funeral last year, where the brothers were separated. 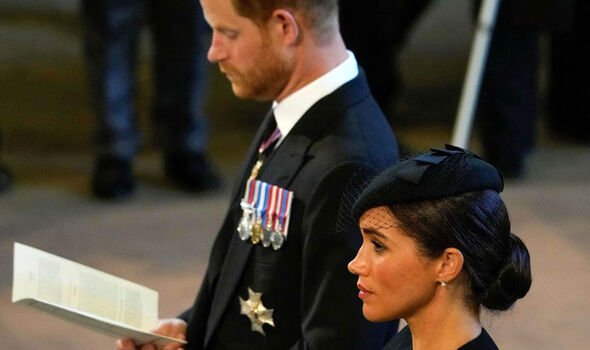 Nonetheless, Prince Harry, according to body language experts such as Ms Reiman, still appears to be uncomfortable.

Harry and Meghan arrived in the UK two weeks ago for a succession of charity events and to celebrate the One Year to Go event for the Invictus Games in Dusseldorf; their stay was extended after the Queen died in Balmoral a week into their trip.

They had not intended to remain in the UK for this long, and it is only the second time the Sussex’s have been in the UK together since leaving for California.

During the Queen’s Platinum Jubilee, they only attended one event in an official capacity and were kept apart from the Cambridges.