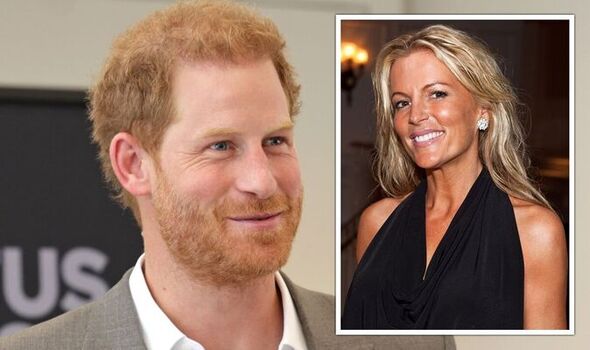 A woman 13 years older than Prince Harry claims he gave her “the most passionate kiss” she has ever had after she had a fling with him when he was 21. The pair’s month-long relationship started on a raucous night on the town, claimed Catherine Ommanney, who said she met the Prince at a trendy bar in London’s Chelsea when she was a 34-year-old mother-of-two – their connection sparking immediately.

A US reality TV star who once starred in The Real Housewives of DC, Ms Ommanney said she is now telling her story when she heard that Harry, now 38, would include details about his ex-girlfriend in his memoir.

She told The Sun: “I doubt I will be in Harry’s book as a prince can’t run off with a 34-year-old mother-of-two, it’s just not the done thing.”

She said that despite the 13-year age gap, she had the “time of my life” with the prince, who also gave her the “most passionate kiss I’ve ever had”. Ms Ommanney added that the pair acted like teenagers on their dates together, kissing passionately and once even posing for a photo in a bathtub.

Harry was in an on-off relationship with socialist Chelsy Davy at the time. But the Prince dreamed of living an ordinary life, claimed Ms Ommanney.

She said: “We had some mutual friends in the property business and he introduced himself. Harry was wearing an Australian-style hat that made me laugh so I asked him, ‘What are you doing looking like a t*** in that?’

“I don’t think he was used to people taking the Mickey and once we started talking, it was like there was no one else was in the room.”