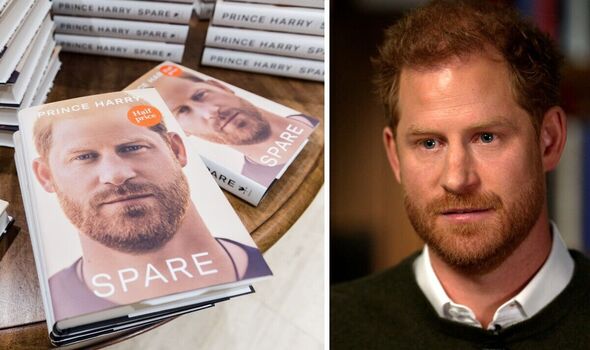 Prince Harry: A look at leaked claims from memoir Spare

Prince Harry’s bombshell autobiography Spare is set to become a record breaker as the fastest selling non-fiction book ever, according to his publishers.

The Duke of Sussex, who has been on a media blitz with promotional interviews appearing around the globe, is reportedly recording figures of 400,000 copies sold so far of his tell-all tome across hardback, ebook and audio formats on its first day of publication.

Sky News reported Larry Finlay, managing director of Transworld Penguin Random House, said; “We always knew this book would fly but it is exceeding even our most bullish expectations.

“As far as we know, the only books to have sold more in their first day are those starring the other Harry (Potter).” Prince Harry’s much-anticipated ghost-written book was mistakenly released early in Spain last week with journalists scrambling to get a copy to report on what was inside before it was taken off the shelves.

The book’s myriad of revelations and accusations have already been splashed across the media. In the ghostwritten memoir Harry, 38, recounts his grief at the death of his mother, Princess Diana, his disputes with brother Prince William and frustration at the role of royal “spare” in the shadow of his elder sibling, who is heir to the throne.

He lacerates the tabloid press for coverage he considers prurient, intrusive and sometimes plain wrong, claims his relatives were unwelcoming to his wife Meghan and accuses members of the royal family, including his stepmother Camilla, of leaking stories to the media to burnish their own reputations.

Buckingham Palace has not commented on any of the allegations, though royal allies have offerd a counter view, largely anonymously.

Harry’s exposure of bitter divides inside the House of Windsor — alongside details of his mental health struggles, experiences with sex and drugs and decade-long military career — has generated reams of media coverage.

The book is already the top-selling book on Amazon’s UK site, which like many big retailers is offering it half price, and is expected to be one of the year’s biggest sellers.

John Cotterill, nonfiction buyer at the Waterstones bookstore chain, told trade magazine The Bookseller that “Spare” was “one the biggest pre-order titles of the last decade for Waterstones.”

Retail worker Caroline Lennon arrived at 6am today (Tues) at a branch of Waterstones in central London to await its opening.

She said: “I did expect a queue. Unfortunately, there’s no queue. I’m just by myself.

Excitement is far from universal, however. Harry’s interview with broadcaster ITV drew 4.1 million viewers on Sunday — fewer than the 5.3 million who watched BBC drama “Happy Valley” at the same time.

But Harry: The Interview, which Harry appeared in with ITV journalist and friend Tom Bradby, has since aired in 77 territories around the world, ITV Studios has said.

The in-depth interview has now been viewed across Europe, Africa and the Middle East as well as Australia, New Zealand, Hong Kong, Canada and Brazil after a series of global deals were secured.

ITV Studios has said before the interview aired it brokered arrangements with channels across Europe while networks across the globe secured the rights for certain countries.

Among these, a pan-African deal with South African television channel M-Net sees the interview available in 54 territories.

Harry also conducted three more interviews in the lead-up to his book’s publication, including a sit-down with Anderson Cooper for 60 Minutes on CBS News and Michael Strahan of Good Morning America, which have already aired.

Another interview with Stephen Colbert on The Late Show on CBS is due to be broadcast in the early hours of Wednesday morning, UK time.