Harry will not be able to celebrate his father’s 72nd birthday in person tomorrow, as he now lives in California — and the UK is in the middle of another nationwide lockdown. Even so, Charles may attempt to unite his feuding sons through an international video call. Harry and William’s fallout has been headline news for the past year, but some royal commentators believe the spat stretches back long before their tensions became public.

During an interview to mark the 30th anniversary of The Prince’s Trust, royal fans were able to catch a glimpse of the family dynamic — and there seemed to be some underlying rivalry between the brothers.

At one point, TV presenters Ant and Dec asked: “Harry, you’re an Arsenal fan, is that correct?”

Harry confirmed that he was — only for William to quickly cough mockingly over his words.

Harry then leaned around his father and stared at William. 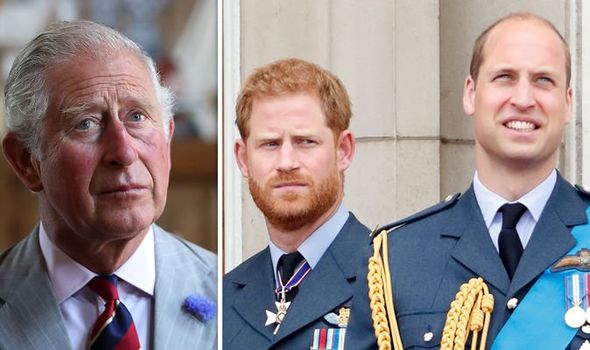 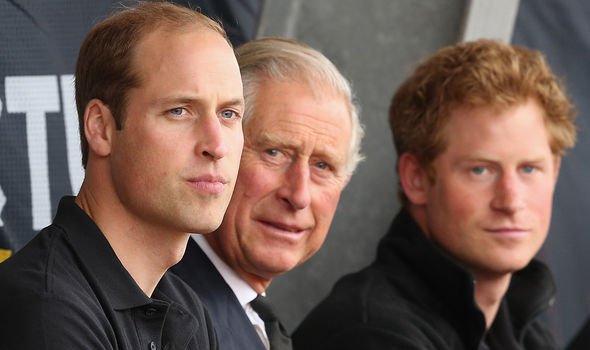 He said: “What’s that supposed to mean?”

William chuckled, and then turned to Dec and admitted that he was an Aston Villa fan.

However, this football rivalry was clearly all water under the bridge just a moment later when Harry jumped in to defend his brother’s team.

Dec took a swipe at the royal and said: “I can understand supporting Arsenal — but Aston Villa?”

Harry then interjected to mock the TV presenter’s favourite football team with a funny gesture, and said questioningly: “Newcastle?” 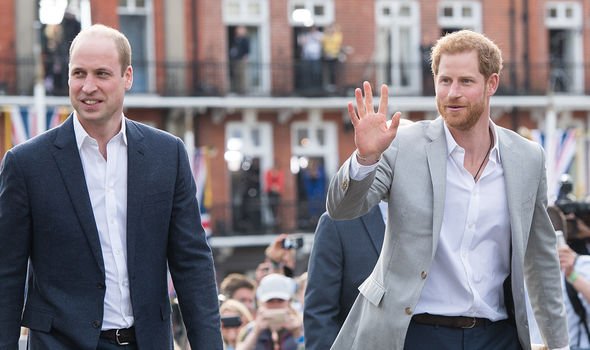 William laughed along with his father in the 2006 interview.

Harry and William even chose to live together when they were both completing their military training in 2009.

They shared a cottage and would often joke that it would be their “first and last time living together” — even though they went on to both live on the Kensington Palace estate.

William admitted in a joint interview with Harry that it “has been a fairly emotional experience” to live in the same place with a grin. 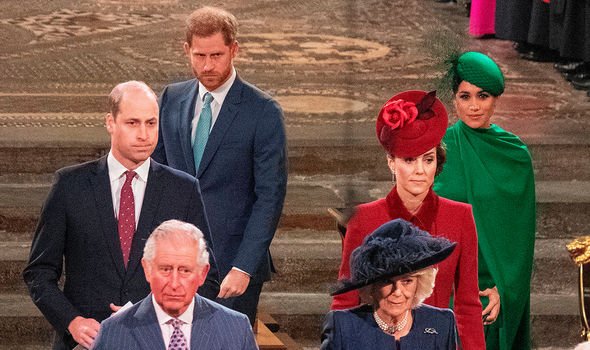 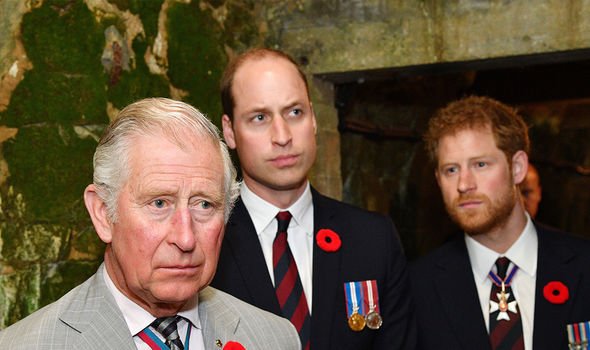 He added that Harry snored loudly, which would often keep him awake at night, only for his younger brother to quip: “They’re going to think we’re sharing a bed now.”

Writing in her 2018 book, ‘Harry: Conversations with the Prince’, Angela Levin commented: “[The interview] was entertaining but equally obvious that the two princes were determined to stay in control and avoid probing questions.”

However, this light-hearted attitude to their public image proved unsustainable for the pair.

Their arguments escalated to the point where William refused to have lunch with his brother during the infamous Sandringham Summit earlier this year, where the royals were expected to hash out the details of the Sussexes’ royal exit.

Robert Lacey claimed in ‘Battle of Brothers’ that Harry was always treated very differently to his brother and grew up in William’s shadow.

He told the Daily Mail that the Palace “always” gets it wrong with the second-born.

He explained: “It’s the classic heir and the spare thing. They just don’t know what to do with the spare.”

With such different futures awaiting the two royals, it can be assumed that their relationship was always going to change in its dynamics — especially as William is preparing to one day become the monarch.

As Harry said during his ITV interview last year, he and William are now “on different paths”.