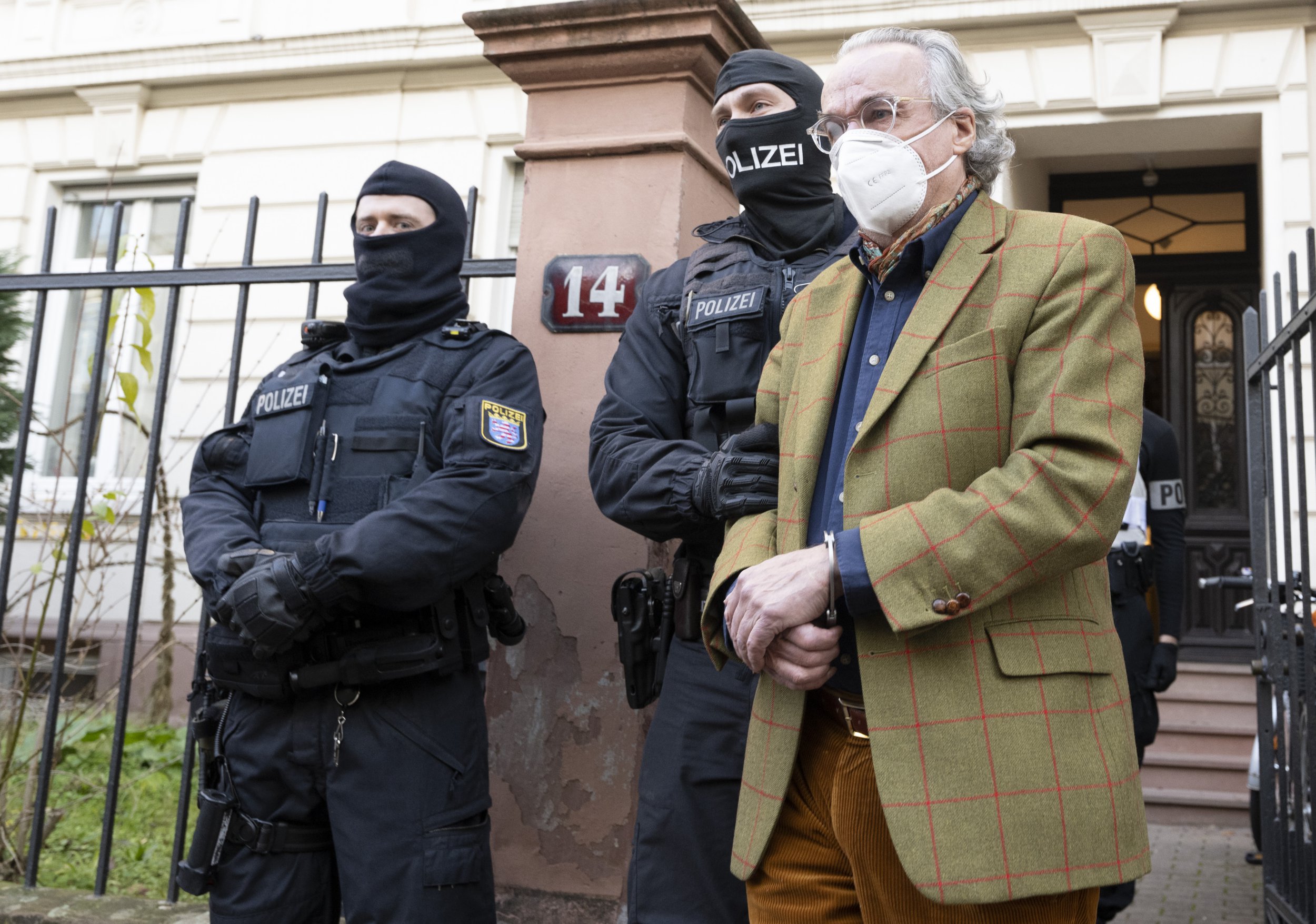 A far-right plot to bring down the German government in a violent coup has been destroyed.

This morning, 25 people were arrested in raids across the country against members of the ‘Reich Citizens’ movement, led by a self-declared 71-year-old prince called Heinrich XIII.

He is a well-known German aristocrat who it is believed rejects his country’s post-war constitution and wanted to be installed as the new leader.

Heinrich’s family – the House of Reuss, which previously ruled part of eastern Germay – has previously distance itself from him, saying he was a confused man who pursued conspiracy theories.

More than 3,000 police and security officials were involved in this morning raid across 11 federal states, Austria and Italy.

They are believed to have been plotting the coup since November 2021, amassing equipment, recruiting members – primarily people with military and police background – and giving shooting lessons.

Prosecutors say the group knew there would be deaths which they deemed to be a ‘necessary intermediate step’ in gaining control.

They said Heinrich XIII contacted Russian officials with the aim of negotiating a new order in Germany once the government was overthrown.

It is alleged he was assisted in these talks by a Russian woman called Vitalia B.

Another female suspect, identified as Birgit M W, is reportedly a judge and former lawmaker with the far-right Alternative for Germany party.

Known by its acronym AfD, the party has increasingly come under scrutiny by security services due to its ties with extremists.

Justice Minister Marco Buschmann described the raids as an ‘anti-terrorism operation’, adding the suspects may have planned an armed attack on state institutions.

Locations searched include the barracks of Germany’s special forces unit KSK in the south-western town of Calw, reports say.

The elite wing of the armed forces was dismantled in 2020 due to allegations of far-right extremism within its ranks.

One person has also been arrested in the Austrian town of Kitzbuehel and another in the Italian city of Perugia.

The suspects were aware their aim could only be achieved by military means and with force, prosecutors said.

They allegedly believed in a ‘conglomerate of conspiracy theories consisting of narratives from the so-called Reich Citizens as well as QAnon ideology’.

Prosecutors say the group think Germany is ruled by a so-called ‘deep state’ – echoing the baseless claims made by former President Donald Trump about the US.

Germany’s monarchy was abolished a century ago. When the Weimar Constitution entered into force on Aug. 14, 1919, the legal privileges and titles of German nobility were abolished. Officially, there are no princes and princesses in Germany.

If the monarchy had not been abolished, the ruler would be Georg Friedrich Ferdinand, Prince of Prussia.