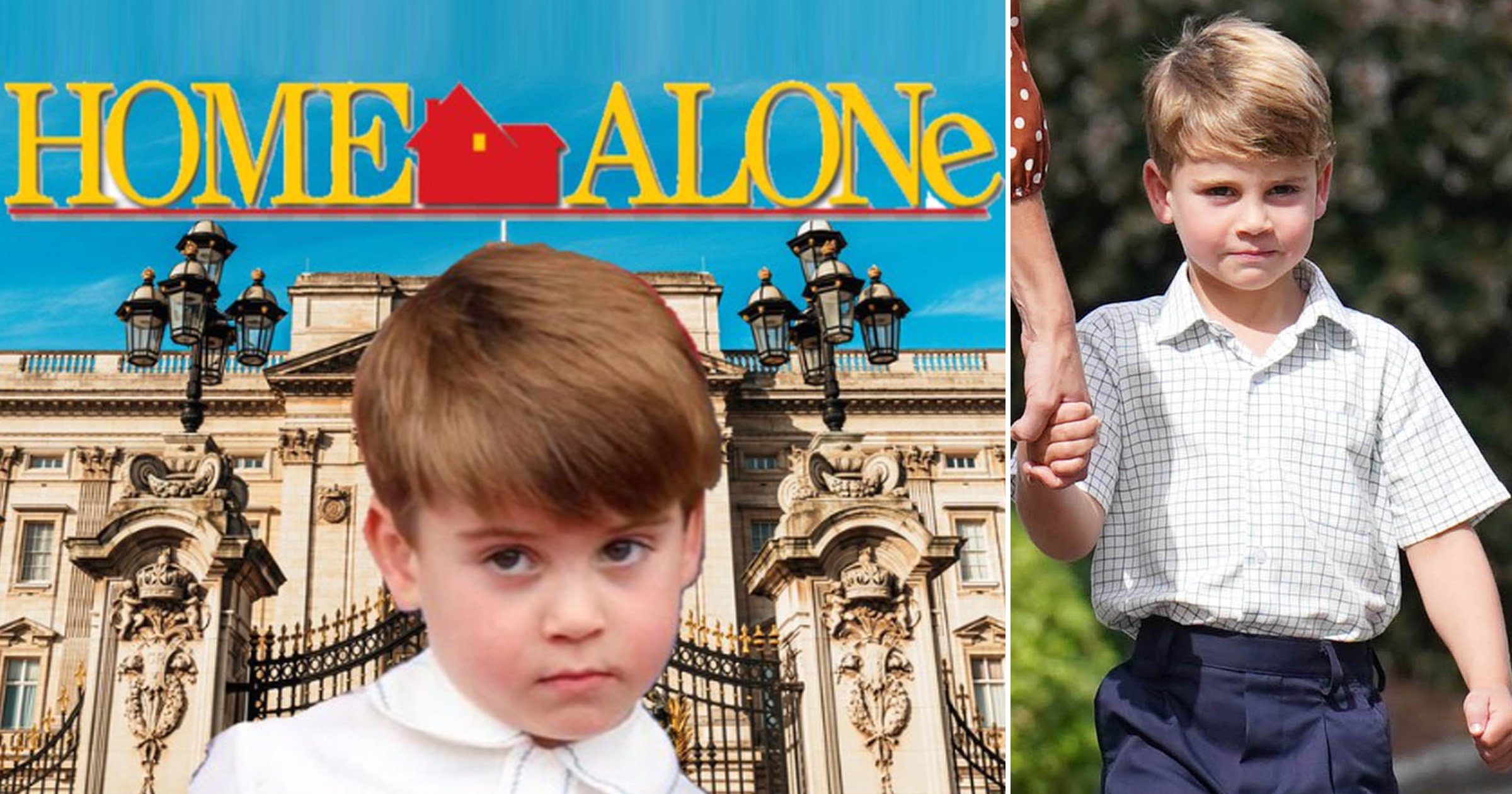 Prince Louis has become somewhat of an icon in recent months, thanks to his star turn at the Platinum Jubilee.

The late Queen’s great-grandson had a great time pulling funny faces and captured all our hearts with his cheeky gestures.

So it was no surprise the young prince’s legion of fans noticed he wasn’t at ‘Gan Gan’s’ state funeral on Monday.

In his absence, people got busy guessing what he was up to while ‘home alone’.

Many speculated the ‘real reason’ he did not attend was because of the ‘high chance of chaos’.

Let’s just spare a thought for whoever was looking after Louis on the day.

One meme shows his face superimposed on the classic 1990 movie Home Alone, in place of Macaulay Culkin.

Others shared snaps of Culkin’s character Kevin McCallister running around the house after his parents forgot to bring him on holiday, under the caption: ‘And we now go live to Prince Louis at Buckingham Palace’.

And now we go live to Prince Louis at Buckingham Palace… pic.twitter.com/dCBND7up7L

Prince Louis currently left to his own devices pic.twitter.com/zJyuCYlJ5f

Prince Louis sitting at home watching the funeral knowing he’s the only one in the family with personality. #queensfuneral pic.twitter.com/ufytIgacZt

Some have compared the young royal to an appearance Mr Blobby made on ITV’s This Morning where he deliberately knocked items off the shelf.

The Princess of Wales revealed how Louis is coping with the loss of ‘Gan Gan’.

Kate explained her four-year-old is asking questions and struggling to understand.

It is understood Kate and William thought ‘long and hard’ about whether to invite their two eldest children to the funeral.

They were also at the committal service in St George’s Chapel at Windsor Castle later in the afternoon.

But following their attendance at Prince Philip’s funeral last year, it was decided they could cope with the solemn occasion.

Prince George and Princess Charlotte were among 2,000 guests at the funeral, and the youngest members of the royal family to follow the Queen’s coffin through Westminster Abbey.