Prince Michael celebrates his 80th birthday on Monday, and reports have claimed that the royal is considering “retiring from public life” as he marks the milestone. It is expected that his wife, 77-year-old Princess Michael, will follow his lead. Born in 1942, to the Queen’s aunt and uncle, Princess Marina, Duchess of Kent and Prince George, Duke of Kent, Michael was seventh in line to the throne.

But today, the prince has fallen far down the royal rankings, placed at 52nd.

In 1978, Michael briefly lost his place in the order of succession when he married Marie Christine, now known as Princess Michael of Kent, who is a Roman Catholic.

However, he was later reinstated on March 26, 2015, after Parliament changed the rules of succession.

Unlike his older siblings, Prince Edward, Duke of Kent, and Princess Alexandra, he does not receive an allowance or parliamentary annuity for his work representing the Queen, as he is technically classified as a non-working royal, despite carrying out up to 200 engagements on her behalf a year. 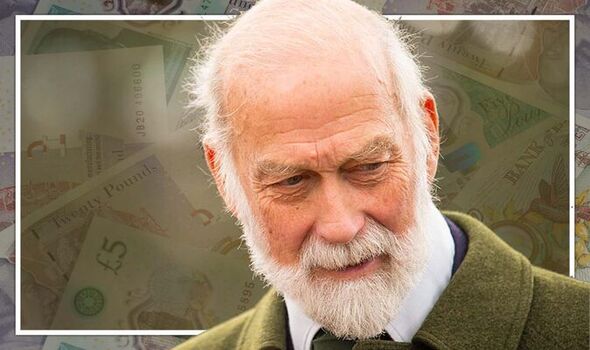 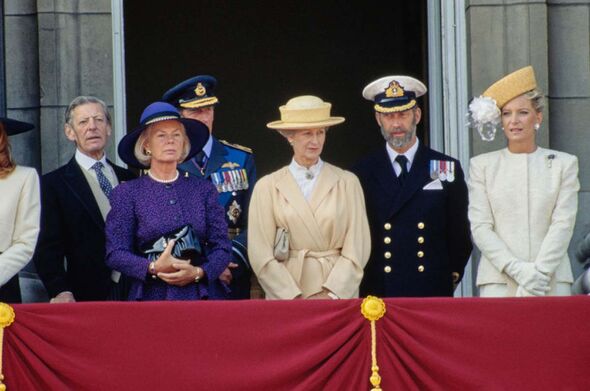 As a non-working royal, Michael has forged his own successful career, and in doing so, he has accumulated significant wealth.

According to several reports, Michael has an estimated net worth of $40 million (£33.3 million).

But how did the prince earn his money?

In the early Sixties, Michael embarked on his 20-year military career, which saw him serve in Germany, Hong Kong and Cypress, retiring with the rank of Major in 1981. 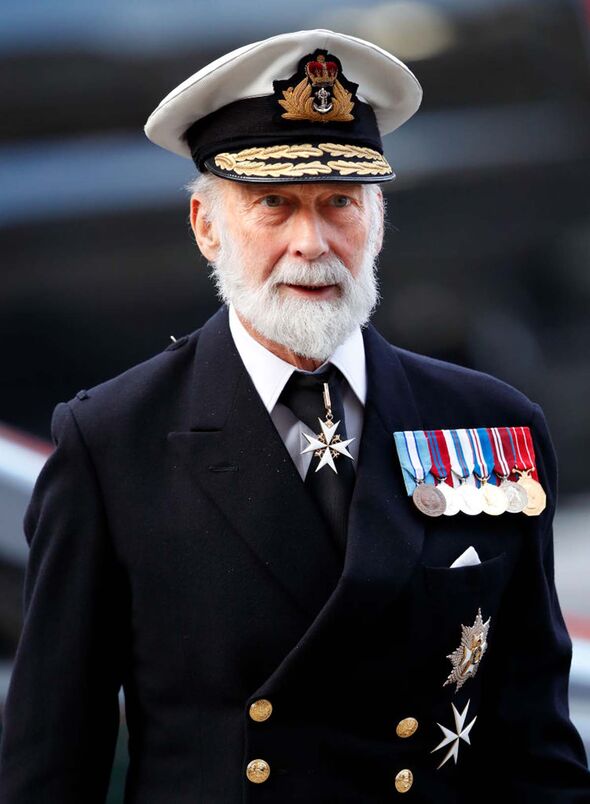 He has since been instated as Honorary Air Marshal of RAF Benson, Royal Honorary Colonel of the Honourable Artillery Company and Colonel-in-Chief of the Essex and Kent Scottish Regiment in Canada.

Now, he acts as a consultant for business clients and his own company, Cantium Services, which operates in sectors such as property, education and new technologies.

Additionally, he is involved in about 100 charities and organisations and is a qualified Russian interpreter.

His wife has found similar success in the world of art and design, having established her own interior design company and spent 13 years on the Board of the Victoria & Albert Museum, before being appointed President of Partridge Fine Art.

According to numerous sites, the royal’s endeavours have landed her an estimated $8million (£6.6million) over the years.

While the Prince and Princess do not receive public funds, they remain close relatives of the Queen and attend royal events from time to time.

The Kents’ finances have previously come under scrutiny after it was revealed that the pair had been living in Kensington Palace rent-free, even though they were not carrying out official duties full-time.

The Queen then agreed to pay their rent out of her own pocket.

Kensington Palace officials explained: “The Queen is paying the rent for Prince and Princess Michael of Kent’s apartment at a commercial rate of £120,000 annually, from her own private funds.

“This rent payment by The Queen is in recognition of the Royal engagements and work for various charities which Prince and Princess Michael of Kent have undertaken at their own expense, and without any public funding.”

However in 2010, it was agreed that they would pay their own rent from then on.

In the past, both Prince and Princess Michael have taken on some public duties to represent the Queen when necessary, in the case of the prince, most prominently when it concerned Russia, a particular interest of his.

Michael is related through his grandmother to Tsar Nicholas II, and he has been visiting Russia since the collapse of the Soviet Union in 1992, according to his website.

Earlier this year, amid Russia’s ongoing invasion of Ukraine, the prince returned a Russian honour the Order of Friendship, one of the highest orders in Russia, that he received from former Russian President Dmitry Medvedev in 2009 for his work on Anglo-Russo relations.

At the time, a spokesperson for the prince said: “I can confirm that HRH Prince Michael of Kent is returning his Russian Order of Friendship. There will be no further comment.”

According to the Sunday Times, he was secretly filmed during a business meeting with two undercover reporters posing as investors from a fake South Korean business seeking contacts in the Kremlin.

The prince allegedly offered his royal endorsement in exchange for a $200,000 fee, reportedly saying he’d use his home in Kensington Palace as a backdrop for the recorded speech.

A spokesperson for Prince Michael said in a statement: “Prince Michael has no special relationship with President Vladimir Putin. They last met in 2003 and he has had no contact with him or his office since then.”

They added: “Lord Reading is a good friend, who made suggestions which Prince Michael would not have wanted, or been able, to fulfil.”