Prince Philip dies at the age of 99

The Duke’s funeral plans were made, in consultation with him, decades ago. 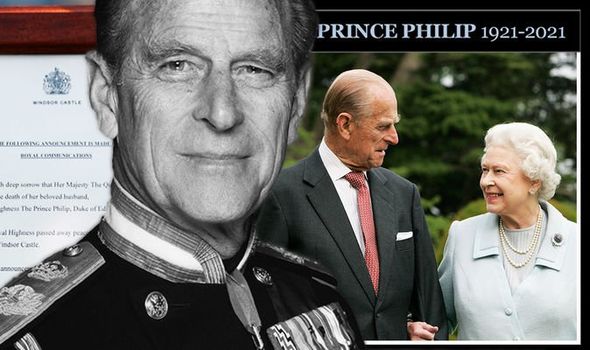 However, it is likely they will need to be revised due to the ongoing coronavirus pandemic.

The Duke leaves behind his wife, the Queen, and their four children, Prince Charles, Prince Andrew, Anne, Princess Royal and Prince Edward as well as eight grandchildren and 10 great-grandchildren, including Princess Eugenie’s son who was born in February and Zara Tindall’s son, born in late March.

Philip retired from public duties in August 2017 after completing 22,219 solo engagements since his wife Queen Elizabeth II acceded to the throne in 1952.

The Duke of Edinburgh was a patron, president and a member of more than 780 organisations and continued to be associated with them after his retirement.

Even after officially retiring from public duties, the Duke of Edinburgh remained committed to his associations.

Just last year, in the midst of the coronavirus pandemic, Prince Philip shared two public statements to thank key workers and teachers for their continuous efforts in support of the country.

And in July he stepped out in the Quadrangle at Windsor Castle to take part in a rare ceremony with The Rifles, during which he passed on his role of Colonel-in-Chief of the regiment to Camilla, Duchess of Cornwall.

Upon retiring, Prince Philip was praised for his public service, with former Prime Minister Theresa May leading the tributes saying he had given the Queen “steadfast support”, while the then-Labour leader Jeremy Corbyn said the Duke’s “clear sense of public duty” had inspired people for more than 60 years.

As his age advanced beyond 90, concerns for Philip’s well-being increased when he faced a number of health scares.

Abdominal and hip surgery, bladder infections and a blocked coronary artery saw the Duke admitted to hospital on a number of occasions over the past decade.

Most recently, on February 16, he was admitted to King Edward VII Hospital for “observation and treatment”.

It was later revealed the Duke of Edinburgh was being treated for an infection.

And on March 1 he was transported to St Bartholomew’s Hospital, where he underwent heart surgery.

The Duke, after returning to King Edward VII Hospital, was discharged from hospital on March 16, when he returned to Windsor Castle.

Their enduring relationship lasted the longest of any British sovereign.

Through the highs and lows of life leading Britain’s much-loved Royal Family, Prince Philip was there every step of the way for his wife.

At 18 months old, Philip and his family were forced to flee Greece after unrest sparked the abdication of his uncle the King of Greece, Constantine I to abdicate.

He also Anglicised his family surname of Battenberg to Mountbatten, which has been adopted by less senior members of the Royal Family such as Meghan and Harry’s son Archie Harrison Mountbatten-Windsor.

Philip served in the Royal Navy from 1939 to 1952, with his naval career coming to a halt with the death of his father-in-law, King George VI.

The Duke of Edinburgh served as a cadet on battleship HMS VALIANT which fought in the Battle of Cape Matapan during World War 2.

He was then promoted to First Lieutenant of the W-class destroyer, HMS WHELP, which was present in Tokyo Bay when the Japanese signed the surrender.

Loose Women panel discuss Kate and William’s YouTube channel When you subscribe we will use the information you provide to send you these newsletters. Sometimes…

A conversation between two women led to the arrest of a New Jersey man in connection with the Jan. 6 riot at the U.S. Capitol,…