Philip, 99, who was married to the Queen for more than 70 years, was just weeks from his milestone 100th birthday on June 10, and the Queen is approaching her platinum jubilee next year.

A statement from Buckingham Palace said: “It is with deep sorrow that Her Majesty The Queen has announced the death of her beloved husband, His Royal Highness The Prince Philip, Duke of Edinburgh. His Royal Highness passed away peacefully this morning at Windsor Castle.”

People shared their sadness on Twitter as soon as the news was announced.

Another added: “My love and thoughts go to the Queen and all of his family.” 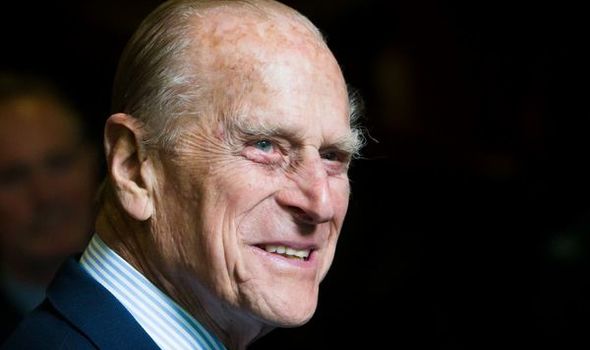 A third Twitter user said: “Prince Philip was a man of integrity, loyal to his nation, and his family.

“His marriage which spanned over seven decades is a type of love and dedication we shpuld all aspire too.

“A man, a true man. May God rest his soul, and may he rest in peace. We love you, Philip.”

Government ministers and other senior politicians offered tributes to the Duke on social media.

And vaccines minister Nadhim Zahawi posted: “This is a sad sad day for us all. May he rest in peace. RIP Great Prince.”

First Minister Nicola Sturgeon tweeted: “I am saddened by news that the Duke of Edinburgh has died. I send my personal and deepest condolences – and those of scotgov and the people of Scotland – to Her Majesty The Queen and her family.”

“Prince Philip dedicated his life to our country – from a distinguished career in the Royal Navy during the Second World War to his decades of service as the Duke of Edinburgh.

“However, he will be remembered most of all for his extraordinary commitment and devotion to the Queen.

“For more than seven decades, he has been at her side. Their marriage has been a symbol of strength, stability and hope, even as the world around them changed – most recently during the pandemic. It was a partnership that inspired millions in Britain and beyond.

“My thoughts are with the Queen, the Royal Family and the British people as our nation comes together to mourn and remember the life of Prince Philip.”