Prince Philip, 99, has been in hospital since mid-February. The Duke of Edinburgh has been in two separate hospitals since first being admitted. As he spends his 20th day in hospital recovering from heart surgery and according to a royal expert Prince Harry was told to “come home”. But what is the latest of Prince Philip’s condition?

The Duke of Edinburgh has now spent his second night back at King Edward VII’s Hospital in London after undergoing a “successful procedure” for a pre-existing heart condition.

He underwent heart surgery on Wednesday at St Bartholomew’s Hospital in London.

Prince Philip was transferred back to the private hospital to continue his recovery there.

The 99-year-old is expected to remain in hospital until at least the end of next week.

In a statement, Buckingham Palace said the procedure had been “successful”.

The statement reads: “Following The Duke of Edinburgh’s successful procedure at St Bartholomew’s Hospital on Wednesday, His Royal Highness has been transferred to King Edward VII’s Hospital this morning.

“The Duke is expected to remain in hospital for continuing treatment for a number of days.”

The statement was issued 18 days after he was first admitted to hospital. 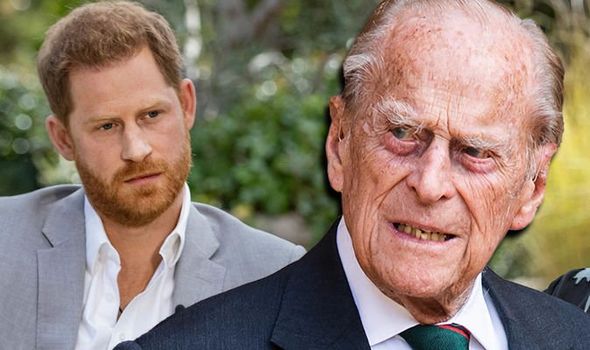 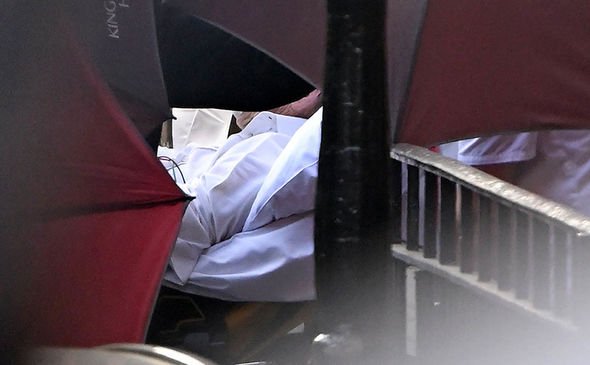 However, according to royal expert Katie Nicholl, unconfirmed reports suggesting the Duke of Sussex was “asked to come home” have surfaced.

Speaking to Entertainment Tonight, Ms Nicholl said: “They are much more concerned with the more serious matter which is the health of the Duke of Edinburgh who is seriously ill in hospital.

“There are calls by some royal commentators and experts who believe that this interview should be rescheduled and aired at a less sensitive time for the Royal Family.

“And there are even some reports circulating that Prince Harry’s being asked to come home to see his grandfather.

‘No confirmation on that from either the palace or the Sussexes spokespeople but inevitably this is going to be a source of much speculation.

“The timing really couldn’t be any worse for the Royal Family. This interview is coming at such a difficult time.” 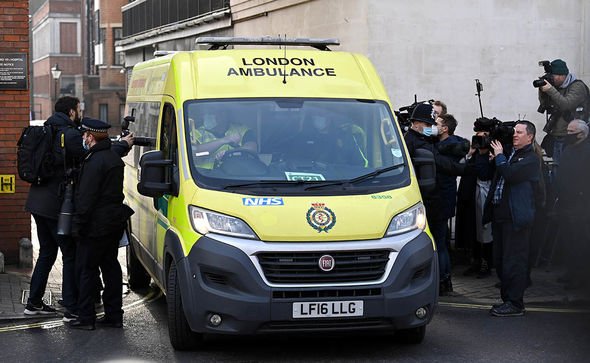 A Buckingham Palace source at the time revealed the Duke of Edinburgh walked into the hospital unaided and had been taken as a “precautionary measure”.

At that time, Buckingham Palace said he was “expected to remain in hospital for a few days of observation and rest”.

A royal source revealed he did not have an ailment related to COVID-19.

The Queen and Prince Philip received Covid vaccinations in January at Windsor Castle. 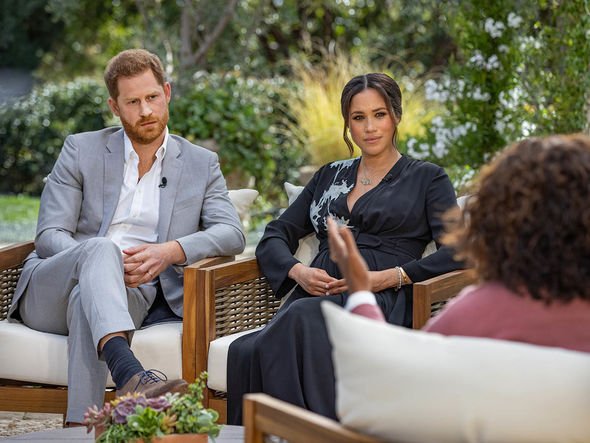 The Queen has been unable to visit Prince Philip during his stay in hospital, but he was visited by his eldest son last month.

He spent around 30 minutes in hospital with his father before departing.

Prince William later provided an update on his grandfather’s condition, revealing he was “ok” and doctors are “keeping an eye on him”. 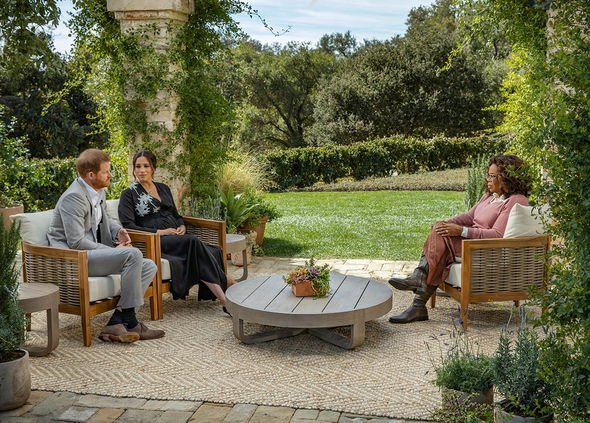 The 99-year old was moved to a second hospital located 3.5 miles away on Monday, March 1.

A Buckingham Palace statement said: “The Duke of Edinburgh was today transferred from King Edward VII’s Hospital to St Bartholomew’s Hospital where doctors will continue to treat him for an infection, as well as undertake testing and observation for a pre-existing heart condition.

“The Duke remains comfortable and is responding to treatment but is expected to remain in hospital until at least the end of the week.”

Umbrellas were held up to shield Philip as he was transferred to the waiting ambulance.

Camilla, Duchess of Cornwall, revealed the Duke of Edinburgh is “slightly improving” this week.

She provided this update during a visit to a community vaccination centre on Wednesday.

Prince Philip has suffered a number of health issues in the past such as undergoing treatment for a blocked coronary artery at Papworth Hospital in Cambridgeshire in December 2011.

He later suffered a bladder infection in June 2012 and underwent exploratory abdominal surgery in June 2013.

The Duke of Edinburgh was given hearing aids in 2013 and most recently was taken to hospital for a “pre-existing condition” in December 2019.

Luckily for the Royal Family, the Duke of Edinburgh was discharged on Christmas Eve and so managed to make it up to Sandringham to spend Christmas with his family.