Since the start of the year it has been painful for the 99-year-old to watch his grandson bow out of royal life and leave his country in search of freedom. Ingrid Seward, a royal biographer who has written books on the Queen, Princess Diana, Prince William and Harry, detailed the Duke of Edinburgh’s disappointment over how Megxit played out. She said Philip had a strong sense of duty instilled in him from a very young age, which he continues to take seriously despite his age and frail health.

She said the Queen’s husband “grieves” that some of his children and grandchildren did not inherit his sense of duty and have failed to toe the line.

She wrote: “As a result, it grieves Philip that many younger members of the Royal Family do not appear to share his values.”

Philip was confused by the Duke and Duchess of Sussex’s decision to quit the Firm in January, Ms Seward claims. 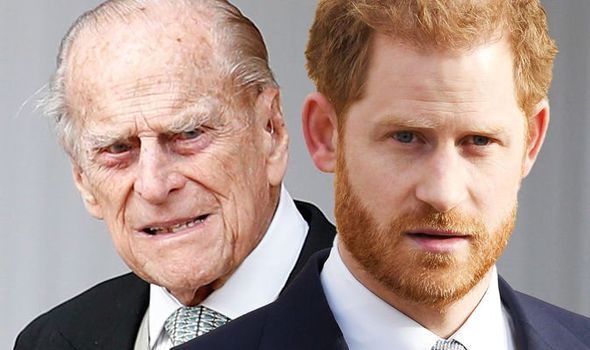 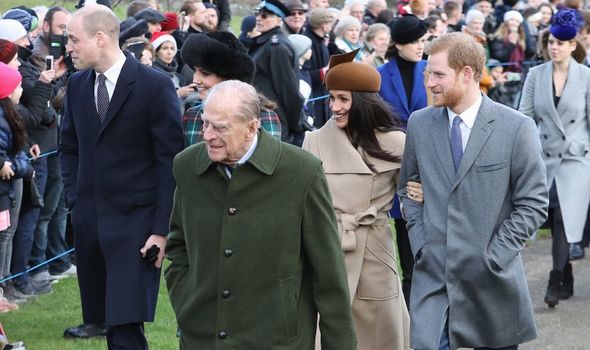 He struggled to grasp exactly why the young couple, who seemingly had a lot going for them, would want to exchange their life of privilege for a more normal existence.

Writing in the Daily Mail, Ms Seward added: “He has struggled greatly, for example, with what he sees as his grandson Harry’s dereliction of duty, giving up his homeland and everything he cared about for a life of self-centred celebrity in North America.

“He has found it hard to understand exactly what it was that made his grandson’s life so unbearable. 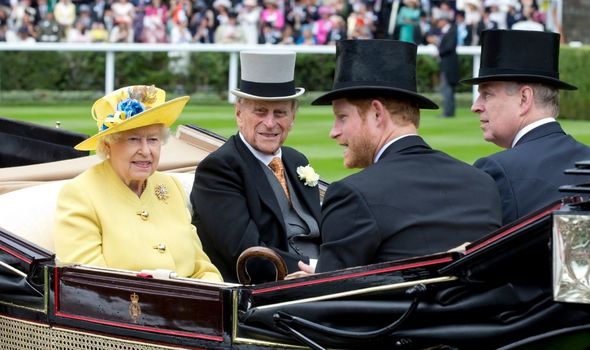 “As far as Philip was concerned, Harry and Meghan had everything going for them: a beautiful home, a healthy son, and a unique opportunity to make a global impact with their charity work.”

Andrew’s failed marriage to Sarah Ferguson and his flopped career as the UK’s special envoy for overseas trade is said to have been a disappointment to his father.

Andrew announced he was stepping back from royal duties late last year following a car crash interview with the BBC. 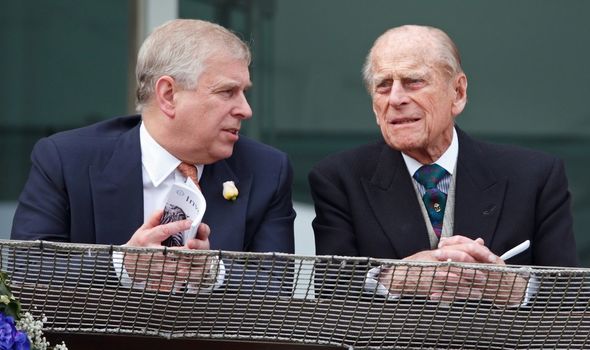 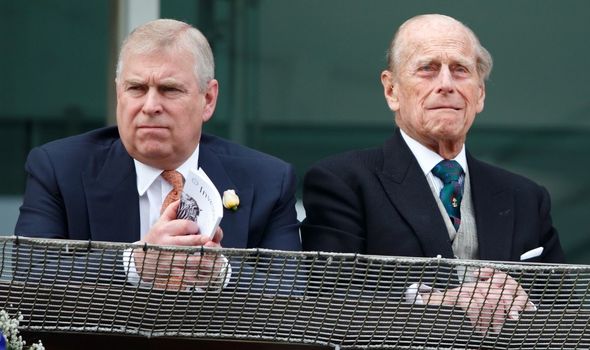 The father-of-two was accused of failing to show any sympathy for the victims of convicted sex offender Jeffrey Epstein.

The royal biographer said Philip has been saddened to see his son and grandson display such “imprudent behaviour” while the world looks on.

The Duke of Edinburgh celebrated his 99th birthday on June 10 while in isolation with the Queen at Windsor Castle.

The couple are in Balmoral on their annual summer holiday and are due to arrive back in London in October.

A royal source has suggested the monarch and her husband plan to make Windsor their main home upon their return.

They departed Buckingham Palace for Windsor in March as the pandemic kicked and spent the lockdown cooped up in the Berkshire mansion. 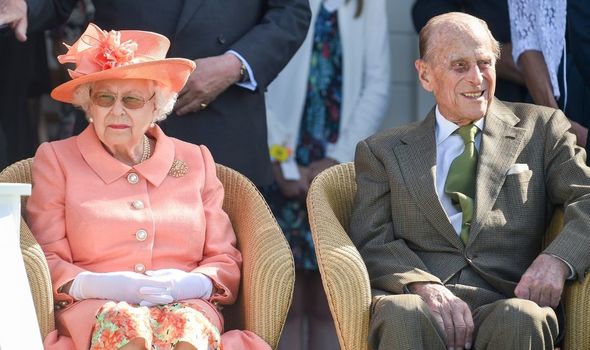 The pair have enjoyed spending time with family since arriving in their Scottish retreat.

Prince Edward, Sophie, Countess of Wessex, and their two children were pictured on the estate.

Lady Louise, 16, and James, Viscount Severn, 12, are the Queen and Philip’s youngest grandchildren.