Prince Philip, 99, retired from public life in 2017 and has rarely attended royal engagements since. Queen Elizabeth II, 94, is due to present national treasure and war hero Captain Tom Moore, 100, with a knighthood at Windsor Castle on Friday, a meeting the Duke of Edinburgh may have liked to attend.

Prince Philip is proud of his naval past and has a natural affinity for members of the armed forces.

While the Duke of Edinburgh gave up a promising naval career in order to serve the crown he held several honorary positions during his time as a working royal.

Up until his retirement in 2017, Prince Philip was the Captain-General of the Royal Marines and is still the Lord High Admiral of the United Kingdom.

There is little doubt that Prince Philip would be delighted to meet Captain Tom Moore when he visits Windsor Castle to receive his knighthood on Friday, however, the encounter is unlikely to go ahead. 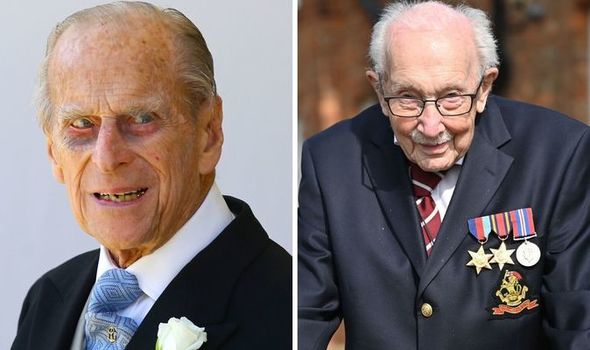 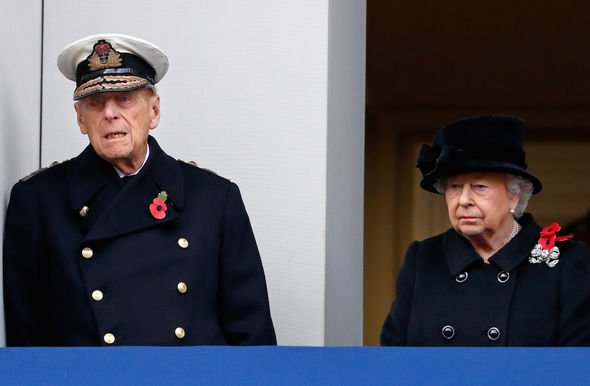 Captain Tom raised an extraordinary £32 million for NHS charities ahead of his 100th birthday and has become a national treasure.

The Duke of Edinburgh has remained mostly behind doors since his arrival at Windsor Castle in March.

Prince Philip posed for a new photograph with the Queen in the grounds of Windsor Castle to mark his 99th birthday in June.

However, he has not been seen out in public since he left hospital in London after receiving treatment for a pre-existing health condition on Christmas Eve last year. 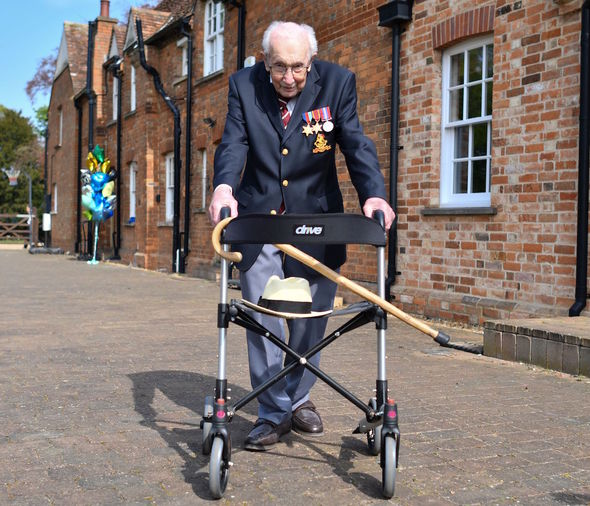 Given the Duke has very rarely attended royal engagements since his retirement, it seems highly unlikely he will be present at Captain Tom’s investiture.

Express.co.uk has asked Buckingham Palace to comment on whether Prince Philip will meet Captain Tom Moore.

The last royal event attended by Prince Philip was Lady Gabriella Windsor’s royal wedding in May 2019.

Since then the Duke has rarely been seen but is said to remain in good health despite the crisis.

The unprecedented challenge posed by the coronavirus crisis prompted Prince Philip out of retirement to release a rare statement in April.

The Duke of Edinburgh issued a rallying cry of support to members of the medical community and key workers.

Prince Philip’s powerful statement read: “As we approach World Immunisation Week, I wanted to recognise the vital and urgent work being done by so many to tackle the pandemic; by those in the medical and scientific professions, at universities and research institutions, all united in working to protect us from Covid-19.

“On behalf of those of us who remain safe and at home, I also wanted to thank all key workers who ensure the infrastructure of our life continues; the staff and volunteers working in food production and distribution, those keeping postal and delivery services going, and those ensuring the rubbish continues to be collected.” 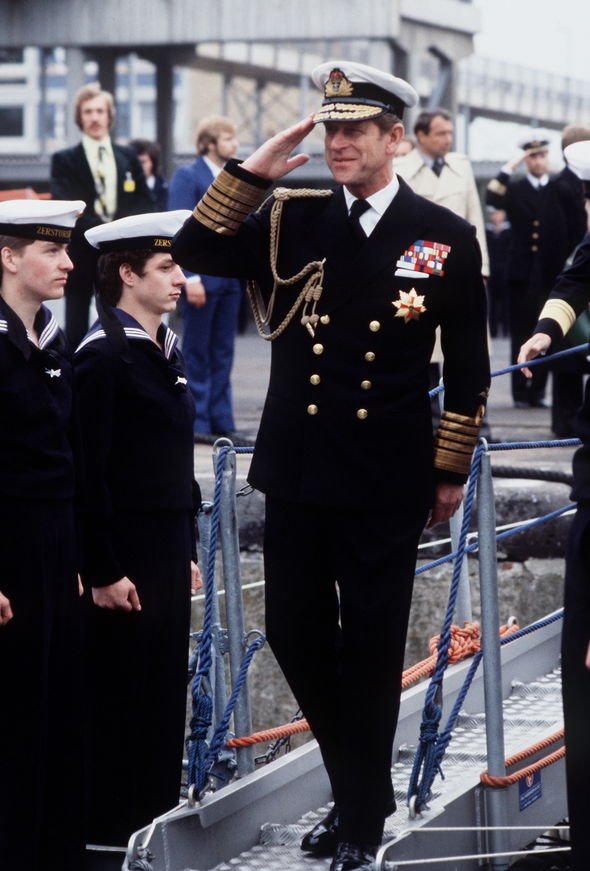 The meeting will be carried out in accordance with “strict guidelines”, Buckingham Palace has confirmed.

A Buckingham Palace spokesman said:“The ceremony will be held in line with all the appropriate government advice, adhering to strict social distancing guidelines.”

The Queen is expected to social distance when she meets Captain Tom.

The investiture is expected to go ahead in the grounds of Windsor Castle rather than inside.