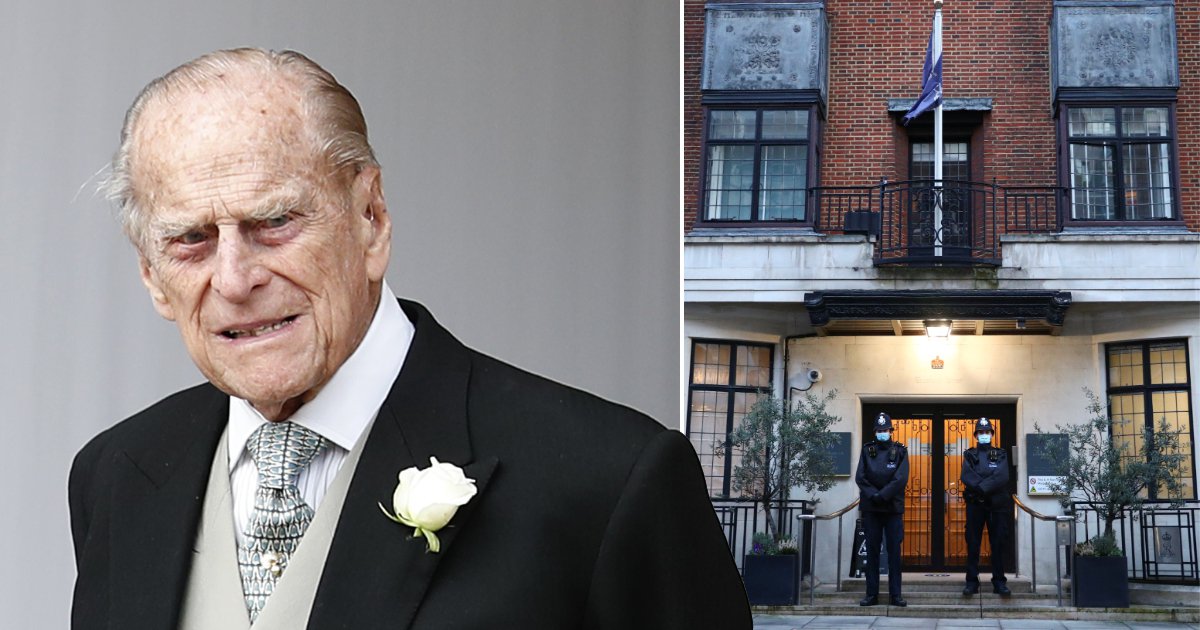 Prince Philip faces spending this weekend in hospital with no visitors, it has been claimed.

The Duke of Edinburgh, 99, has spent his third night at London’s King Edward VII Hospital after falling ill at Windsor Castle on Tuesday.

Doctors have ordered him to stay in bed for ‘rest and observation’ and he is expected to stay in hospital for a few more nights.

Like any other patient in hospital at the moment, he will not be receiving visitors due to Covid restrictions.

A source said the royal will be ‘extremely stoic’ about the situation as he knows others are going through worse than him.

They told The Sun: ‘He knows the nation is sending their thoughts and prayers. The Duke has been in HMS Bubble for almost a year so he is used to all kinds of restrictions. He has barely been able to see his family for the past year.

‘He knows only too well people have been going through worse than him.’

A spokesperson for The King Edward VII has confirmed visitors are not permitted, aside from in ‘exceptional circumstances’.

It comes as Prince Harry is said to have gone into self-isolation so he can race back to the UK if his grandfather’s condition worsens.

Philip’s illness is not Covid-related and he and the Queen had their vaccines six weeks ago.

All patients are still tested for the virus before admission, and regularly during their stay.

The Duke was described as being in ‘good spirits’ after he walked unaided into hospital on Tuesday evening.

The Palace said the move was a ‘precautionary measure’ on the advice of His Royal Highness’s doctor.

Philip and the Queen have been in a HMS bubble, living between Windsor Castle, Balmoral and Sandringham for a year now.

A team of 24 staff works three weeks on, three weeks off, as they work to protect the monarch and her husband from coronavirus.

Buckingham Palace has said it will not be giving a running commentary on the Duke’s health.

A spokesman said last night: ‘He was admitted for rest and observation and that continues.’