The Queen and Prince Philip wed at Westminster Abbey on November 20, 1947. The then-Princess Elizabeth wore a duchesse satin bridal gown with motifs of star lilies and orange blossoms. Royal weddings are full of traditions, from the bouquet to tiaras, and the wedding of the Duke of Edinburgh and the monarch was no different.

The Queen’s wedding bouquet consisted of white orchids with a sprig of myrtle.

The myrtle was taken from the bush grown from the original myrtle in Queen Victoria’s wedding bouquet.

Myrtle has long been used in royal wedding bouquets.

It is symbolic of marriage and love in the language of flowers. 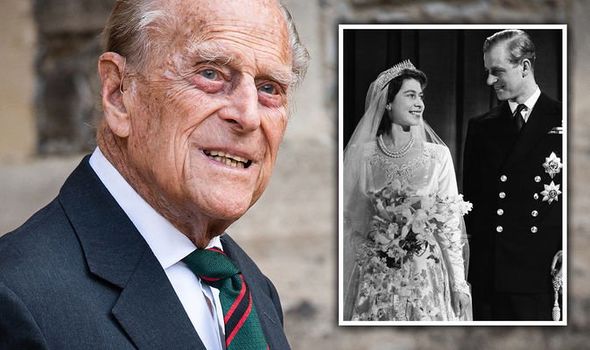 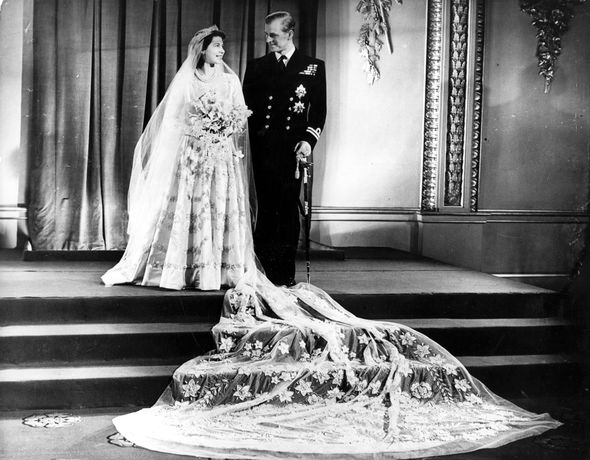 The wedding ring the Queen received from Prince Philip was made from Welsh gold, as is tradition.

The ring was made from a nugget of Welsh gold from the Clogau St David’s mine, near Dolgellau.

This nugget had been given to the Queen’s mother, the then Lady Elizabeth Bowes-Lyon, and used to make her wedding ring and subsequently the wedding rings of both of her daughters.

However, the Duke of Edinburgh put his own spin on the wedding band with a top secret message. 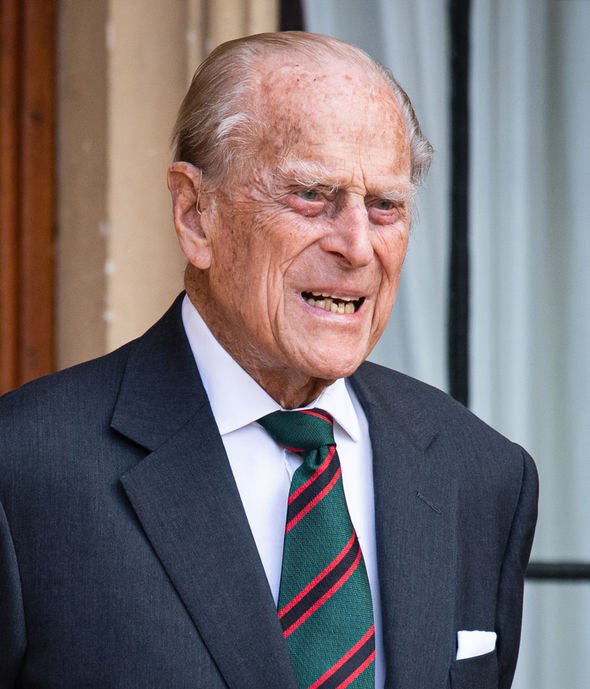 In a new book about the Prince, titled Prince Philip: Revealed author Ingrid Seward said the ring has a hidden message.

She wrote: “At least Philip didn’t have the expense of a wedding ring, as the people of Wales supplied a nugget of Welsh gold from which the ring is made.

“She never takes it off and inside the ring is an inscription.

“No one knows what it says, other than the engraver, the Queen and her husband.”

The Queen and Prince Philip have been together for decades, having married in 1947.

Although few knows what the hidden message says, the Queen has spoken candidly of her husband many times.

Celebrating their older anniversary in 1997, the monarch said of her husband: “He is someone who doesn’t take easily to compliments but he has, quite simply, been my strength and stay all these years, and I, and his whole family, and this and many other countries, owe him a debt greater than he would ever claim, or we shall ever know.”

For their 70th wedding anniversary in 2017, the Queen honoured her husband with a new title.

According to a statement from Buckingham Palace, the honour is a form of chivalry personally given by the Queen for “services to the sovereign”. 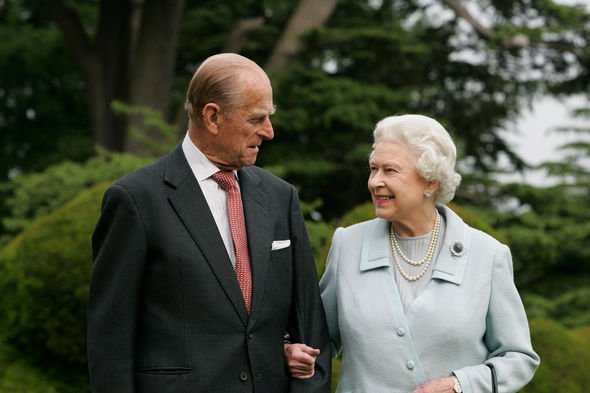 Prince Philip has also shared his personal affection for his wife, and according to one of the Royal Family’s photographers, Ken Lennox, the Duke of Edinburgh fondly calls the Queen “cabbage”.

In an ITV documentary about the couple Mr Lennox said: “He is not the kind of man you’d expect to follow a few footsteps behind someone else.

“He is very forthright but he has attended to the Queen, he has represented her. He did everything he could to help her.

“He calls her cabbage for goodness sake! Can you imagine calling the Queen cabbage?”

Royal expert Robert Hardman also shared some insight to the relationship between the Queen and Philip.

Referring to the moment the Queen took the throne, he said: “When called upon to do his duty, he was the first to swear allegiance to his new Queen.

“At that moment, he is subordinating himself and his role to the Queen.

“He is dedicating his life to her not just as husband but as defender, as her number one.”