Prince Philip: Expert reveals his 'secret to a happy marriage'

The Royal Collection Trust (RCT) has announced today two displays dedicated to Prince Philip are to open during the summer. The exhibitions will be called Prince Philip: A Celebration, and will be split into “two separate but closely linked displays”, the Trust said.

The first display will open on June 24 at Windsor Castle while the other will be launched at the Palace of Holyroodhouse almost a month later, on July 23.

The RCT revealed the display in Windsor will include a section fully dedicated to the Duke of Edinburgh’s role in the Queen’s Coronation.

The Trust’s website explained: “A highlight of the display at Windsor Castle will be a section devoted to Prince Philip’s role in The Queen’s Coronation of 1953.

“His Royal Highness chaired the Coronation Committee, one of two committees convened to plan the event, and played a key role in the decision to broadcast parts of the service live on television. 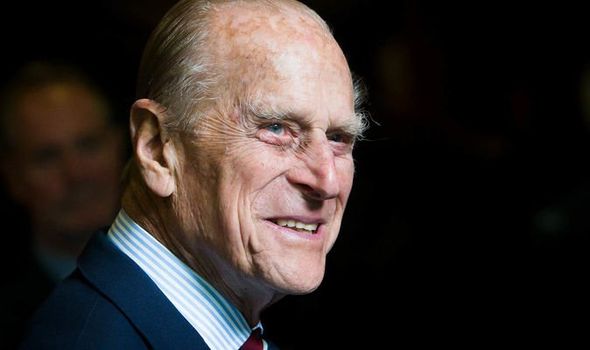 “The Coronation Robe and Coronet worn by Prince Philip during the service will be on display, alongside his Chair of Estate which is usually located in the Throne Room at Buckingham Palace.”

The RCT also teased royal fans by speaking about what they will be able to see if they visit the display in Edinburgh.

The website read: “Exploring similar themes to the Windsor display, the display at the Palace of Holyroodhouse will include a section charting Prince Philip’s early life and naval career.

“In The Prince’s Midshipman’s log book from 1940–1, he describes his role operating the ship’s searchlight during the Battle of Cape Matapan while stationed on the HMS Valiant off the coast of Greece.

“Another section will bring together items from his wedding to HRH The Princess Elizabeth in 1947, including the wedding invitation, order of service and wedding breakfast menu.

“On the occasion of their wedding, Prince Philip was granted the royal dukedom of Edinburgh and the display will look particularly at his connections to Scotland and its capital city.”

The displays in Windsor and Edinburgh will remain open to the public respectively until September 20 and October 31.

The RCT’s announcement follows last week’s claims the Queen had given the go-ahead for an exhibition set to celebrate the life and work of the Duke of Edinburgh.

The Duke passed away on the morning of April 9 at Windsor Castle, where he had spent the most part of the coronavirus pandemic.

His death certificate stated he died of “old age”.

The Duke of Edinburgh’s funeral was celebrated on the following week, on April 17.

Due to the ongoing coronavirus pandemic and the restrictions in place, only 30 people could attend the service at St George’s Chapel.

Among them, there was Prince Harry, who returned for the first time in the UK since March 2020 to pay tribute to his grandfather.

While the funeral had to be adapted to the extraordinary regulations in place, many details planned by the Duke of Edinburgh in the years prior to his death remained in place.