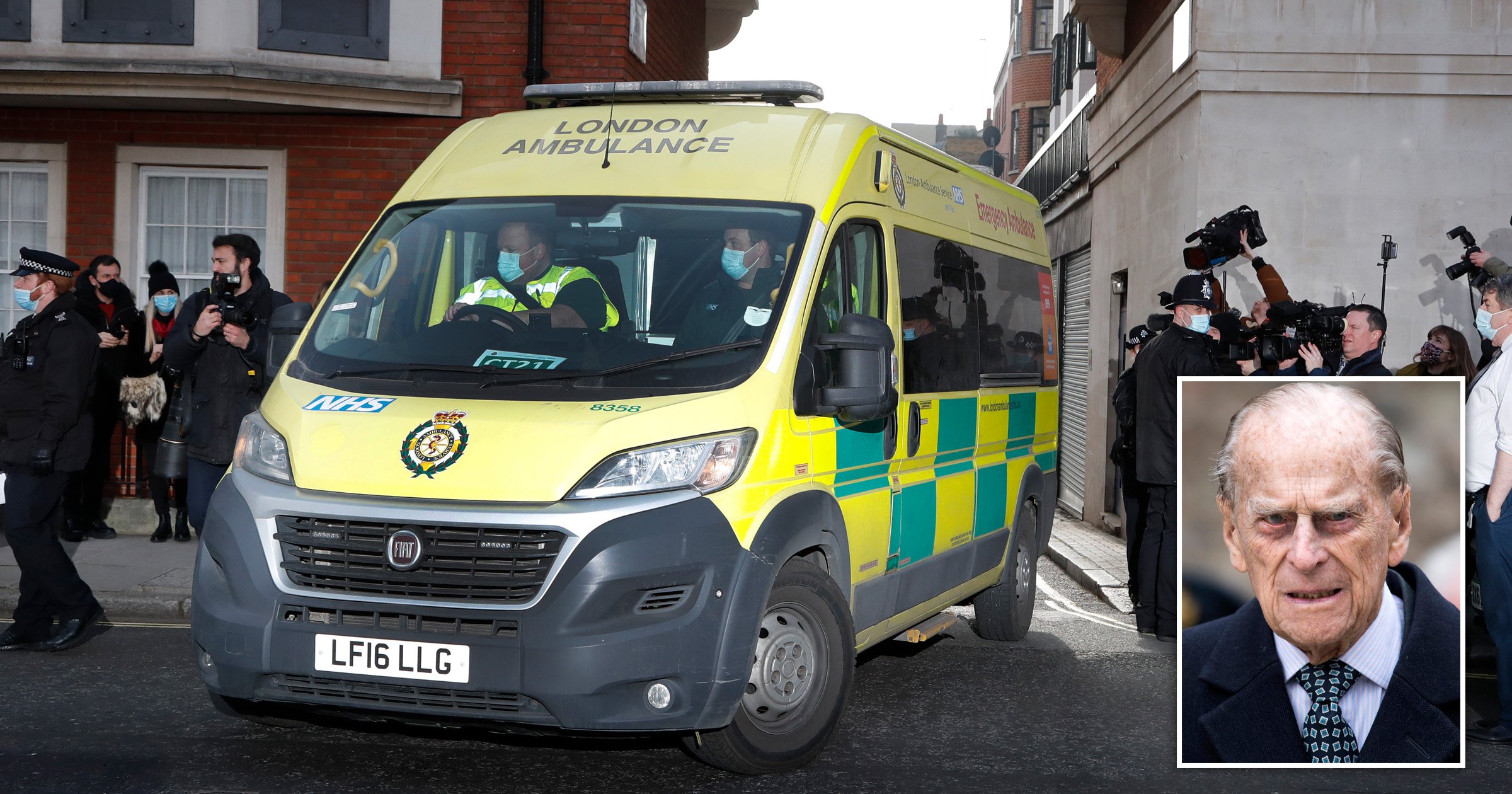 The Duke of Edinburgh has been transferred to London’s St Bartholomew’s Hospital for further treatment, Buckingham Palace has confirmed.

Prince Philip has been moved to the hospital for testing and observation for a pre-existing heart condition, along with treatment for an ‘infection’.

The duke, 99, was shielded this morning as he left King Edward VII’s Hospital in central London, where he has been staying for the past 13 days.

Staff were seen covering the private hospital’s exit with umbrellas while he was taken into the back of an ambulance, followed by healthcare workers.

A huge police presence was seen in front of the hospital as security guards attempted to clear a pathway for the ambulance to head to St Bartholomew’s, which is renowned for cardiac care.

Buckingham Palace said in a statement: ‘The Duke of Edinburgh was today transferred from King Edward VII’s Hospital to St Bartholomew’s Hospital where doctors will continue to treat him for an infection, as well as undertake testing and observation for a pre-existing heart condition.

‘The duke remains comfortable and is responding to treatment but is expected to remain in hospital until at least the end of the week.’

The hospital is the oldest in the country and is home to Barts Heart Centre – Europe’s largest specialised cardiovascular service.

Philip was admitted to King Edward VII’s in the evening of Tuesday February 16 after ‘feeling unwell’.

Buckingham Palace said he was transferred from Windsor Castle – where he has been living with the Queen during the pandemic – as a ‘precautionary measure’.

Last Tuesday, the Palace confirmed the duke was ‘receiving medical attention for an infection’, which has transpired into his longest hospital stay since he had an abdomen operation in 2013.

Prince Edward said that day that his father was feeling ‘a lot better’ and was ‘looking forward to getting out’, adding that the family were keeping their ‘fingers crossed’.

This is a breaking news story more to follow…