The Duke of Edinburgh, like all working members of the Royal Family, is discouraged from voting at all, as it could compromise the very nature of the constitutional monarchy. Unlike Meghan Markle, who was born and raised in the US and who has left the royal frontline behind, Philip has never had the option of voting in American elections. He has never spoken out in public in favour of any political party either, but his general forthrightness — compared to the Queen’s tight-lipped attitude — indicates that he might back Mr Biden if he could.

One of Philip’s legacies will undoubtedly be the WWF — World Wide Fund — which he co-founded in 1961.

To celebrate the 40th anniversary of the WWF in 2001, he made a shocking statement when he warned: “If nature doesn’t survive, neither will man.”

He continued: “We can’t make the Earth any bigger and we can’t squeeze any more out of its natural resources without changing its whole character and damaging its systems.”

He has also protested against the “greenhouse effect” for years and called for immediate action, although he has sparked criticism in the past by describing wind turbines as “absolutely useless”. 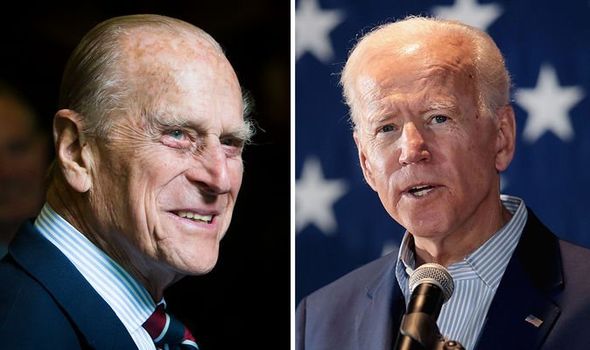 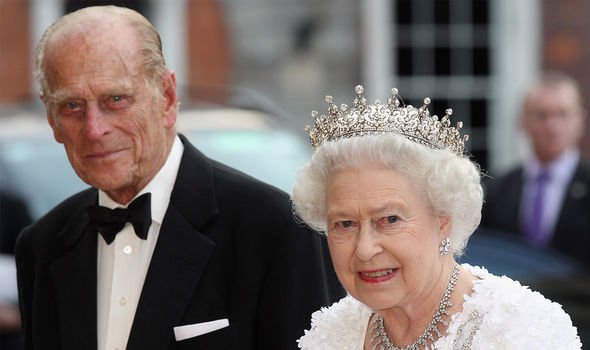 Even so, his concern for the environment appears to be shared by Mr Biden.

The candidate has regularly addressed his climate change policy, and has backed the Green New Deal as a “crucial framework for meeting the climate challenges we face”.

He also has a new plan called the ‘Clean Energy Revolution” and Politifact even dubbed him a ‘climate change pioneer’ — just as Philip was dubbed “ahead of his time” for his environmental stance by his grandson Prince William recently.

Mr Biden’s website also noted that in 1998 he was “a key champion for the Tropic Forest Conservation Act” which empowered the US to reach agreements with foreign administrations to conserve tropical forests, and receive debt relief in return.

He has acknowledged how our immediate environment has been affected by climate change, unlike Mr Trump.

In a speech from September, the former Vice President echoed Philip’s words from 2001 when he said: “Some say we can’t afford this, but here’s the thing.

“Look around at the crushing consequences of the extreme weather events I’ve been describing.

“We’ve already been paying for it.”

While Mr Trump has called himself a “great environmentalist”, the US President has shown little commitment to confronting climate change. 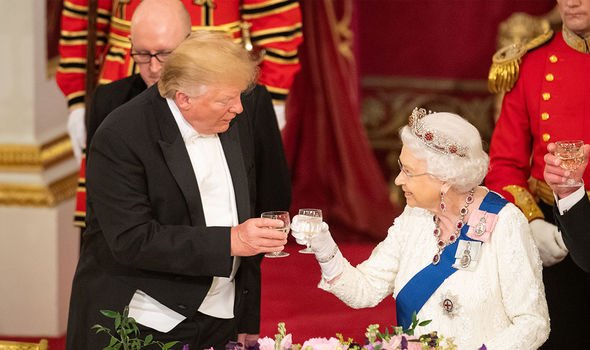 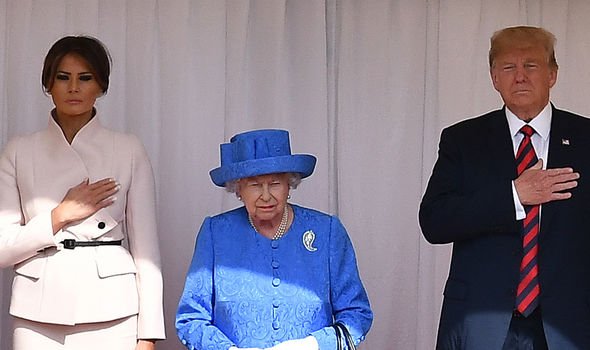 Last year he famously withdrew from the Paris agreement, which was an international treaty to tackle the climate crisis.

The Duke of Edinburgh had retired by the time Mr Trump’s first official visit to the UK in 2018 had been confirmed, so he was not obliged to attend in Buckingham Palace.

However royal author Ingrid Seward claimed in her new biography, ‘Prince Philip Revealed’, that the royal chose not to greet the President and First Lady as a small act of rebellion.

She wrote: “Even in his late stage of life, Prince Philip still takes huge pleasure in defying convention. 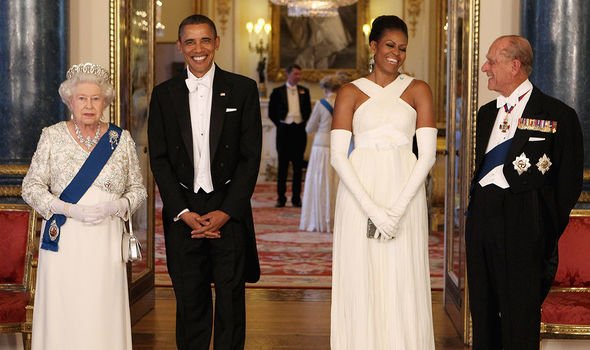 “When the Queen was hosting a tea for President Donald Trump of the US in July 2018, Prince Philip got himself into a helicopter to make the 200-mile journey from Wood Farm in Sandringham to Romsey in Hampshire to stand at the font at Romsey Abbey as a godfather to six-month-old Inigo Hooper, his first cousin three times removed.”

As Ms Seward pointed out, he “wanted to be there among the Mountbatten family not at Windsor Castle with the US President”.

He was absent from Mr Trump’s official state visit last summer, too.

‘Prince Philip Revealed: A Man Of His Century’ by Ingrid Seward was published by Simon & Schuster and is available here.