LONDON — Elizabeth and Philip were married the year I was born — 1947 — when Britain’s deference toward its royal family had not yet been exposed to the merciless shredding that was to come. Back then, my own family might almost have seen itself reflected, albeit remotely, in their lives.

Like Prince Philip, whose funeral is on Saturday, my father had served in World War II, on deployments that were so protracted that, my mother recalled, she went three years without seeing him. In London, Buckingham Palace was bombed. So, too, were the rowhouses in Barrow-in-Furness in northwestern England where my aunts, uncles and grandparents lived, close to the shipyards targeted by the German Air Force.

When Elizabeth was crowned Queen Elizabeth II in 1953, we clustered around a small black-and-white television at a neighbor’s home to follow what was billed as the country’s first coronation to be broadcast live. Certainly, it was a moment of pomp that seemed to fete Britain’s re-emergence from postwar deprivation.

But by the time Prince Philip died last week, Britons had long ceased to march quite so closely in step with the royals. The mirror had become distant, supplanted by the oft-voiced questions: When did the sovereign family and its subjects begin to go their separate ways? And what does that bode for the future of the monarchy? 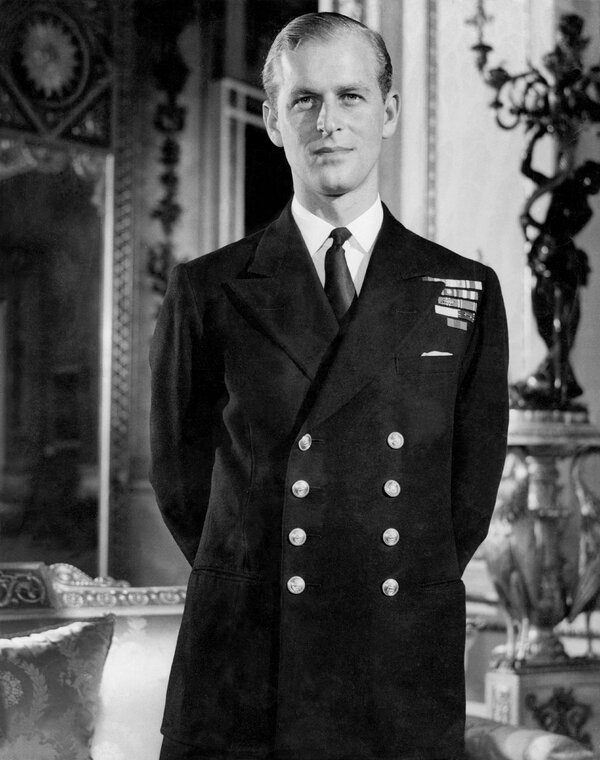 At first it might have been difficult to distill an answer from the reverential coverage that swamped Britain’s national broadcasters as Prince Philip’s myriad achievements were chronicled in profiles and commentaries and interviews: his war record; his presence on the national stage as the longest-serving royal consort; and, not least, the Duke of Edinburgh award program that gave millions of young people a chance to build self-confidence and hone their outdoor skills.

The word extraordinary was uttered so frequently in connection with his stewardship of his family, his charities and his many military affiliations that it became a kind of incantation.

But some Britons saw it differently. The British Broadcasting Corporation received about 100,000 complaints about its television coverage of the event when it canceled its scheduled programming in favor of blanket coverage of Prince Philip’s life and his death at the age of 99. Some people likened the obituary programming to what might be expected in North Korea.

Broadcasters “got the tone completely wrong,” Michael Cole, a former BBC royal correspondent, said in an interview with the rival Channel 4 News. Their hushed voices, he said, suggested that they had assumed the somber mantle of “self-appointed chief pallbearers” whose “sepulchral” utterances would have been more appropriate to a personal bereavement.

“I always believe,” he said, “that you can’t report from a kneeling position. And I think we have seen a little too much of that.”

For baby boomers, however, there was a particular piquancy to the prince’s death. Throughout their lives, the couple at the head of Britain’s constitutional monarchy had been a constant presence, emblems of the nation.

There had been a kind of familiarity and forgiveness — sly nods and nudges at the less public proclivities of Prince Philip’s off-camera life; his public gaffes, some of them racially and culturally offensive; the kind of Prince Philip more favored by the script writers of “The Crown” than by official biographers. One of his sons, Prince Andrew, called him the “grandfather of the nation.”

But time and familiarity do not always breed fondness, or heal any wounds left by his statements in a country that has become more diverse. Much of the outpouring of sorrow may well have been directed at the queen, a widow facing the rigors of her reign without her “liege man of life and limb,” as her husband swore to become at her coronation.

Throughout the crises that have threatened to upend the institution she has fought doggedly to secure, Philip had been her “strength and stay all these years,” as the queen said in 1997.

It may be that historians will one day penetrate the fog of obfuscation that shrouds Prince Philip’s role in many of the royal family’s crises, part of the blend of aloofness, formality and pageantry by which the monarchy seeks to survive at the titular helm of an ever-shrinking, post-imperial domain.

In recent years, the royal family has been buffeted ingloriously by scandals spanning the death of Princess Diana in 1997 and the broadsides launched by the self-exiled Prince Harry — Philip’s grandson — and his wife, Meghan, in an interview with Oprah Winfrey in California in March.

The Prince Andrew who spoke of Prince Philip as the nation’s grandfather is the same Prince Andrew whom American law enforcement officials want to question about accusations of sex trafficking by his friend Jeffrey Epstein.

In these days, few have wished to speak ill of the dead, preferring to focus on the prince’s emblematic place in the chronicles of those, like Meghan and Diana, whose marriages into the House of Windsor challenged them to come to terms with its secretive ways and define their often unscripted roles within, or outside, it.

In a sense, Philip outlasted all of them. Yet his departure may come to be seen as a grim and poignant dress rehearsal, for in those same years the queen has assumed a seemingly immutable position as the nation’s center of gravity. Her reign has overlapped the tenures of 14 British prime ministers and an equal number of American presidents.

In the reverence of the moment, the unspoken question is how she could ever be replaced as the guarantor of her line.

Back in those postwar days of the 1940s and 1950s, British schoolchildren learned by rote the names and lineages of her regal forebears, from Tudors, Plantagenets and Stuarts to Hanoverians, Saxe-Coburgs and Windsors.

In an era of far more divided loyalties and aspirations, the one lesson that may have endured may be found not so much in the names and titles of the past as in the fact that, save for a brief period in the 17th century, the monarchy itself has survived — though rarely without hard choices, stubborn resilience and often reluctant or enforced renewal.

Now is a time of mourning for Philip, who welcomed generations of young royals on their wedding days and who is credited with spurring an earlier period of self-assessment and renewal in the monarchy. That task will fall to others in coming years, in a world that may be less sympathetic than the one that welcomed the young royals on their wedding day.