Philip’s love of the sea permeates the order of service which, in keeping with a life of selfless duty, is without pomp, ceremony or fuss. After the Queen’s accession to the throne, the Duke quit the Senior Service, where he had reached the rank of first lieutenant at just 21, becoming one of the youngest to do so. Philip then went on to become the longest serving royal consort in history.

Perhaps the most poignant part of today’s service is the music, chosen by the Duke himself.

It includes the naval hymn Eternal Father, Strong to Save and has the line, “O hear us when we cry to Thee for those in peril on the sea.”

The seafarer’s hymn was also played as US President John F Kennedy’s coffin was carried up the steps of the Capitol Rotunda in 1963, in honour of his heroic service with the US Navy in the Pacific during the Second World War.

It was also sung at the funeral of the Duke’s beloved uncle, Earl Mountbatten of Burma, who was murdered by the IRA while on his boat in Sligo, Republic of Ireland, in 1979.

The service will be led by the Dean of Windsor, the Rt Rev David Conner, who will receive The Queen at the Galilee Porch of St George’s Chapel.

The Duke’s coffin will be removed from the specially adapted Land Rover and carried to the West Steps. 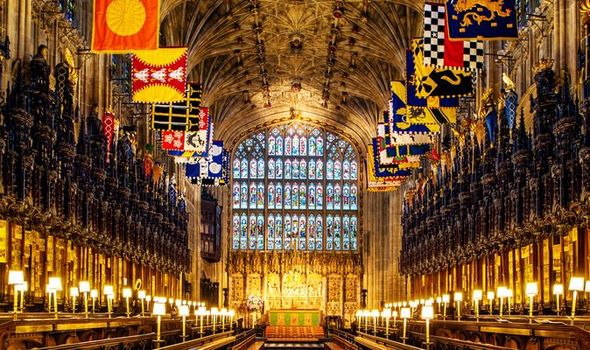 It will rest at 3pm for a national silence lasting one minute before being carried to the catafalque in the Quire.

The Blessing will be pronounced by the Archbishop of Canterbury, Justin Welby.

Archbishop Welby will pray: “O Lord God, when thou givest to thy servants to endeavour any great matter, grant us also to know that it is not the beginning, but the continuing of the same unto the end, until it be thoroughly finished, which yieldeth the true glory; through him, who for the finishing of thy work laid down his life, our Redeemer, Jesus Christ. Amen.”

The Dean will pay tribute to Philip’s “kindness, humour and humanity” in an uplifting lesson.

And he will explore Philip’s sense of on the ocean waves, quoting Ecclesiasticus: “Those who sail the sea tell stories of its dangers, which astonish all who hear them; in it are strange and wonderful creatures, all kinds of living things and huge sea monsters”.

The traditional Russian Orthodox hymn Kontakion of the Departed – the music used in the opening burial scene in David Lean’s 1965 big screen drama Dr Zhivago – will also be sung by the chapel choir as the funeral anthem.

Other elements include Psalm 104, which Philip requested should be set to music by composer William Lovelady. It was sung in honour of his 75th birthday.

The Jubilate, written by Benjamin Britten, also at Philip’s request, precedes the second lesson from John 11, which will be read by Archbishop Welby.

No sermon will be delivered during the ceremonial royal service, in keeping with Philip’s wishes to get things done in a speedy and efficient manner.

Just like the Queen Mother’s funeral in 2002, no members of the Royal Family will read lessons or give readings. There will also be no eulogy.

The first lesson, read by the Dean of Windsor, will be taken from Ecclesiasticus 43, which includes the line: “Look at the rainbow and praise its Maker; it shines with a supreme beauty, rounding the sky with its gleaming arc, a bow bent by the hands of the Most High.” 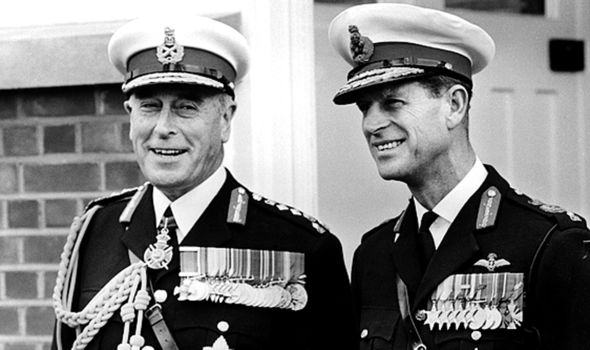 The Duke’s coffin will be lowered into the Royal Vault before the Pipe Major of The Royal Regiment of Scotland plays a lament.

After the National Anthem, The Queen and congregation will leave the chapel via the Galilee Porch, escorted by the Dean and Archbishop.

The service will take place in Windsor, where last year the Duke left strict isolation to be honoured by one of his oldest military ties.

His last public engagement was to hand over his role as Colonel-in-Chief of The Rifles after 67 years in a low-key ceremony.

Philip smiled broadly as he accepted thanks and, in another nod to his nautical service, touching good wishes of “fair winds and following seas”.