The royal couple are due to celebrate their 73rd wedding anniversary next month. When they got married on 20 November 1947, the Duke of Edinburgh presented the Queen with a ring made of Welsh gold.

Analysts know the ring is similar to ones worn by Meghan Markle and Kate Middleton in its composition.

However, on the inside of the Queen’s ring is an inscription, and no-one knows what it says, with the exception of three people.

These are engraver of the ring, Prince Philip, and the Queen herself.

Royal author Ingrid Seward describes the background to the mysterious ring in a new book, Prince Philip: A Portrait of the Duke of Edinburgh. 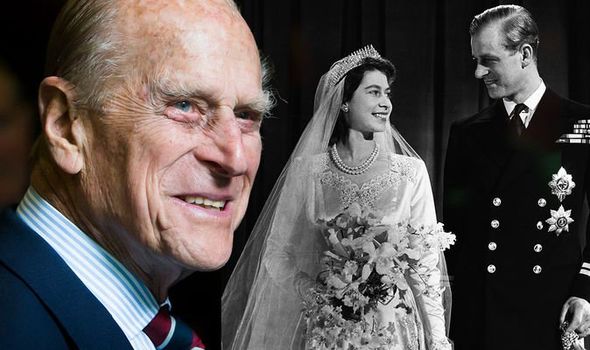 In it, she writes the Queen “never takes it off, and inside the ring is an inscription.”

Prince Philip is also thought to have been spared any expense of buying the ring.

Mrs Seward claims the Duke was “supplied a nugget of Welsh gold” by the people of Wales.

The Queen’s engagement ring was also gifted to Philip and repurposed. 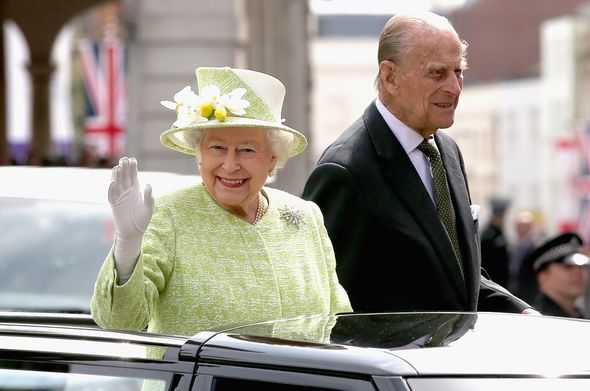 The engagement ring, encrusted with diamonds, was made from a tiara that belonged to Prince Philips’ mother, Princess Alice of Battenberg.

However, the tiara itself has a history stretching even further back.

Prince Philip and the Queen were married in a ceremony at Westminster Abbey.

At the time, it was broadcast to over 200 million people around the world by BBC Radio. 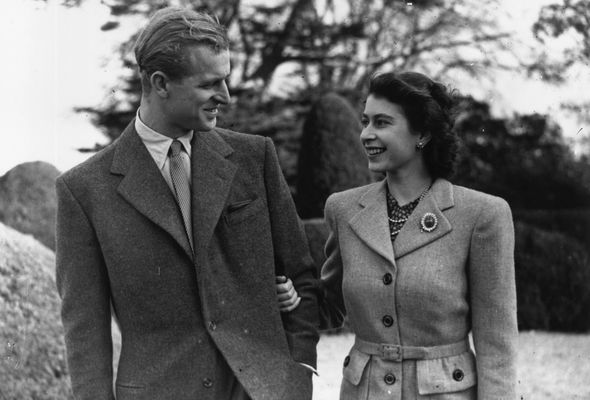 The two royals first met in 1934 while attending the wedding of two other royals – Princess Marine of Greece and Denmark and Prince George, Duke of Kent.

At the time, the Duke was involved in an active military career with the Royal Navy.

They were engaged in 1947 and married just four months later.

The marriage meant the Queen became the 10th member of the Royal Family to be married at Westminster Abbey.

The first royal wedding to take place there was as long ago as 1100, according to the Royal Family website. 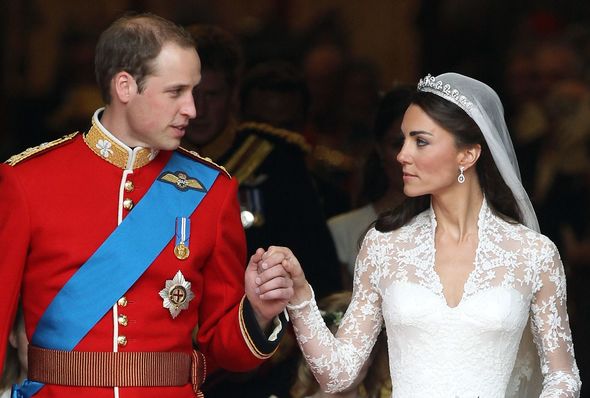 That year saw the marriage of King Henry I and Princess Matilda of Scotland.

There have been others since, including the much more recent marriage of Prince William and Kate Middleton.

The Duke and Duchess of Cambridge were married at around 11 o’clock on April 29 2011, also at Westminter Abbey.

It is unclear how the Queen and Prince Philip will mark their anniversary this year.