Prince William and Prince Harry have had “no meaningful rapprochement” despite putting on a show of unity in their grief in the past week, it has been claimed. The Prince of Wales and the Duke of Sussex have stepped out for a number of appearances together following the death of their grandmother.

But sources close to the brothers claim there has been “no meaningful rapprochement” despite their united display.

A friend of William and Harry told the Sunday Times: “The joint appearances take effort.

“There was an understanding that ‘we need to show solidarity’, not just ‘we need to do this because it’s our duty’.

“But I don’t think it goes much beyond that. There have been some awkward moments this week. 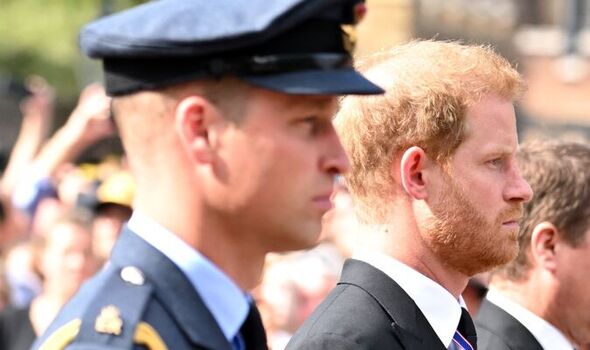 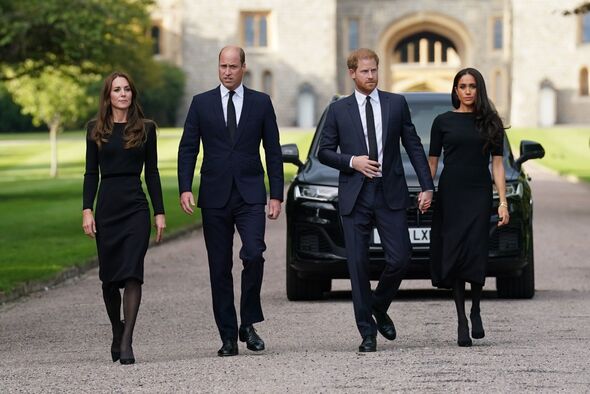 “I definitely don’t get the sense of any deeper meaningful rapprochement or a sense that this is it: things will be mended.”

A source close to Harry said being together has been “uncomfortable” and “difficult” at times for the brothers, but added that “everybody is trying their best”.

William and Harry stepped out together for a surprise walkabout at Windsor Castle last weekend with their wives Kate and Meghan Markle.

The Waleses and the Sussexes – once dubbed the Fab Four – viewed floral tributes to the late Queen and greeted well-wishers. 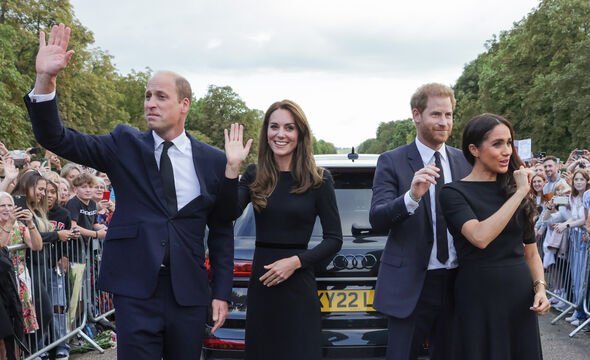 The two couples were both at Buckingham Palace on Tuesday night when the Queen’s coffin returned from Scotland.

William and Harry also took part in a procession led by King Charles walking behind the coffin to Westminster Hall on Wednesday ahead of the lying in state.

And last night, they were joined by the late monarch’s six other grandchildren for a vigil.

The younger generation of the Royal Family guarded their beloved grandmother’s coffin in moving scenes. 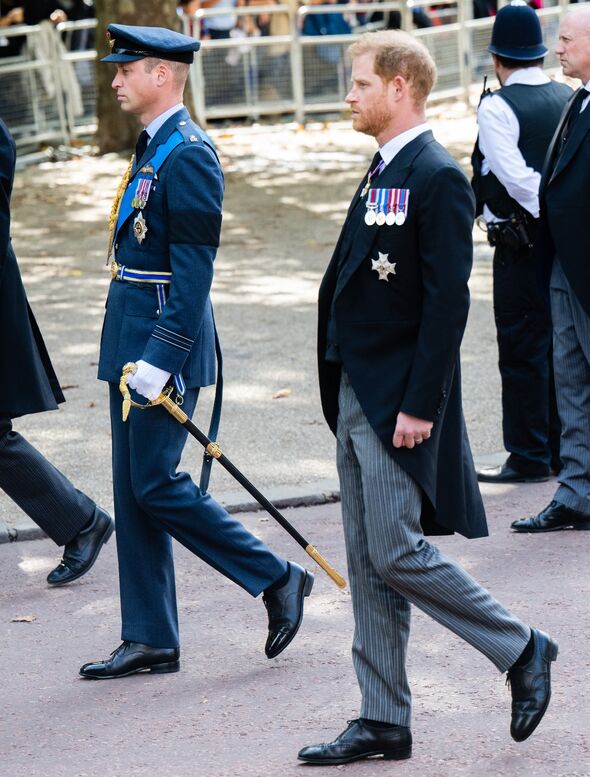 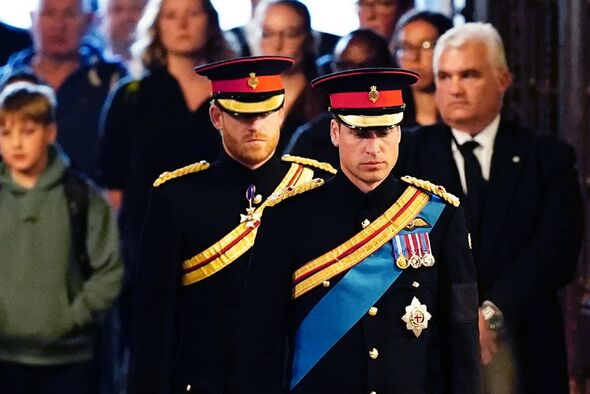 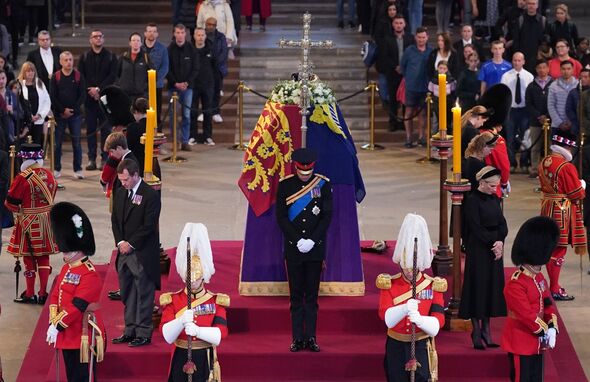 They will come together once again tomorrow for the state funeral at Westminster Abbey before the Sussexes return to the US.

Harry and Meghan – who quit royal duties in 2020 – have been staying at Frogmore Cottage in Windsor, which is a short walk from the Cambridges’ new home Adelaide Cottage.

The Sussexes were already in Britain as part of a Europe trip when the Queen died peacefully at Balmoral on September 8.

Their children Archie and Lilibet have remained at their mansion in California.

William and Harry have faced a fractured relationship in recent years amid the Megxit fallout.

The Sussexes made a series of damaging claims about the monarchy in their TV interview with Oprah Winfrey in 2021.