Prince William and Prince Harry were reunited this month, for the first time in more than a year. The tension between the two brothers has been ongoing, particularly since Harry’s royal exit in 2020. Speaking on the latest episode of the Royal Beat, royal biographer Ingrid Seward suggested that, despite speculation whether Harry and William will use the time to heal their rift, it was “not the moment”.

Speaking to host Kate Thornton, Ms Seward said: “Because of the tension of the situation, of course they are going to be nice to each other.

“They are all grieving about the same thing.”

She added: “But its not the moment to say, ‘oh by the way, why didn’t you answer my phone call’.

“It’s just simply not the moment to do that. 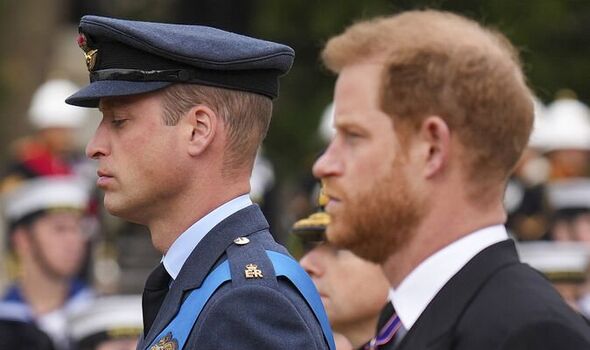 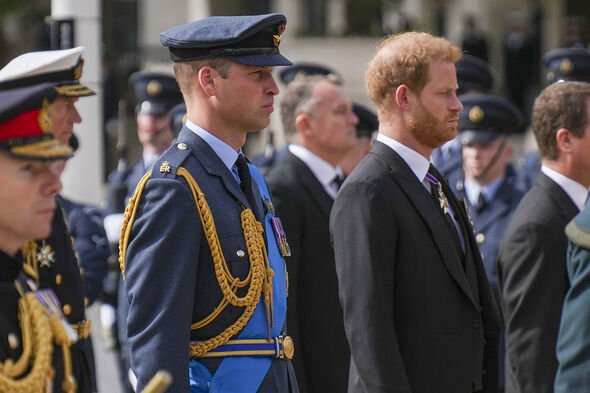 “I don’t think that situation arose at all.”

Ms Seward also spoke about the walkabout in Windsor between the Prince and Princess of Wales and the Sussexes.

She described the outing as “pretty tense”.

The Sussexes’ September visit to the UK was announced on August 15.

Harry and William 'far off' any form of reconciliation says expert

The main reason for the visit was so the couple could attend various events for charities “close to their hearts”.

Speaking prior to the couple’s visit, Royally Us’ host Christina Garibaldi claimed there was “no word” on if Harry would meet with the Royal Family.

She said: “No word on if Prince Harry will be seeing his Royal Family during his visit.”

This changed, on September 8, when the Queen’s death at Balmoral was announced.

Following hearing the news, the Queen’s grandson travelled to Scotland to be with the family. Meghan reportedly didn’t go with her husband. 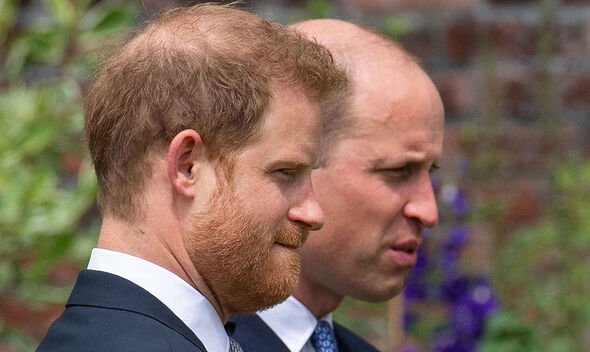 Prince William and Prince Harry once had a close relationship.

Royal author Angela Levin previously stated that Harry once told her that William was the only person he could trust.