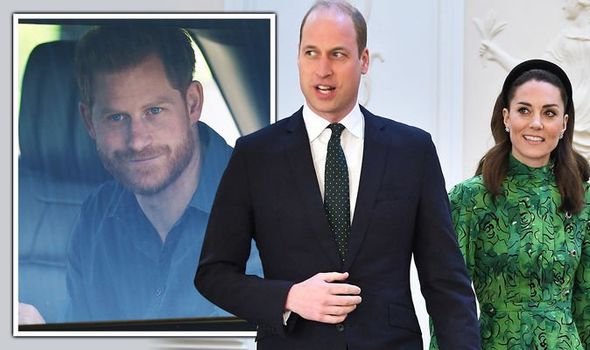 They posted a smiling picture of the Duke of Sussex, who turns 37, and said: “Happy Birthday Prince Harry!”

William and Kate’s birthday message to Harry comes as the brothers have been embroiled in an ongoing rift.

One commented: “At the end of the day Harry is still William’s brother and he will wish him a birthday wish. Family is family.”

Another wrote: “Happy Birthday Prince Harry. Hope you have a lovely day and I hope that whatever you do in your life, you are happy and content.”

The Duke of Sussex celebrates his 37th birthday on Wednesday as he continues his new life across the pond with the Duchess.

The couple quit royal duties last year and have moved to Montecito.

They hit out at the Royal Family in their controversial Oprah Winfrey interview in March.

Harry laid bare his rift with William, admitting the relationship was “space” and adding: “Time heals all things, hopefully.”

It is not known if the Duke of Sussex will publicly mark his birthday.

The Duchess launched a mentoring project for women on her 40th birthday in August.

Harry is likely to celebrate in private with Meghan and their two children Archie and Lili.

The Duchess will no doubt make sure her husband has a special day.

The former actress previously opened up on birthdays on her now-closed blog The Tig.

Writing in 2016, she said: “My mom has always said that birthdays are your own personal New Year.

“Your own chance to make resolutions just for yourself and what you prognosticate for your year ahead.”

The tweet included four snaps of Harry and said: “Wishing The Duke of Sussex a happy birthday today!”

The Prince of Wales and the Duchess of Cornwall posted three picture of Harry, including a throwback photo of him as a youngster with Charles.

The tweet said: “Wishing The Duke of Sussex a very Happy Birthday today!”