On Sunday, Prince William had the honour of presenting the Lionesses with their winning trophies following their amazing victory. The 40-year-old beamed as he hugged members of the team. According to Princess Diana’s former protection officer Ken Wharfe, Prince William’s act of hugging the players, instead of “just handing the trophy over”, was “exactly what Diana was like”.

Mr Wharfe told Sky News: “I think what was so amazing, this week, William, her son, was presenting the trophy to the Lionesses of the football match.

“Here we saw William, completely in the role of his mother, instead of just handing the trophy over, actually really, sort of, hugging the players.”

He added; “In a number of cases, sort of, kissing them aswell. 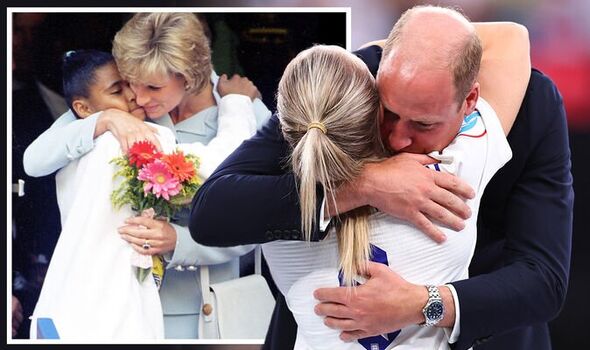 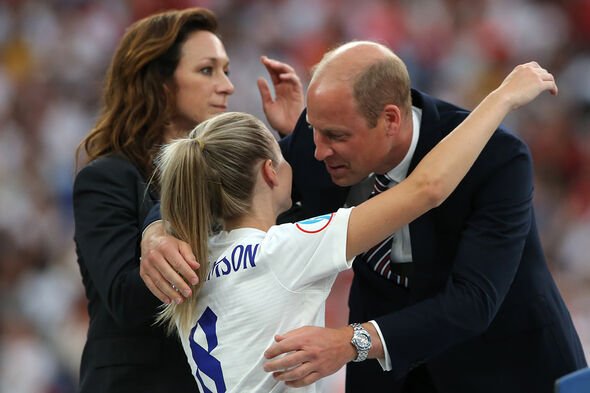 Speaking of Diana, he added: “I don’t think she, sort of, deliberately set herself out to modernise the monarchy.”

He added it was more “her style” and “delivery’ that changed it “almost unconsciously”.

Mr Wharfe added that people talk about the legacy and “how things have changed”.

Discussing the similarities of William’s act to what Diana was like, Mr Wharfe said: “It was that, sort of, modernisation that bought the Royal Family a lot closer to its people, in essence.

“Not deliberately going out to change it, but it was her style, her character and her chemistry really.”

Last month, royal fans noticed a striking resemblance between the royal and his late mother in a certain picture captured at Wimbledon.

One photo was captured of Prince Willam and the nine-year-old overlooking the court and fans were quick to point out the similarities between the photo and one captured of him as a young royal with his late mother at Wimbledon in 1991. 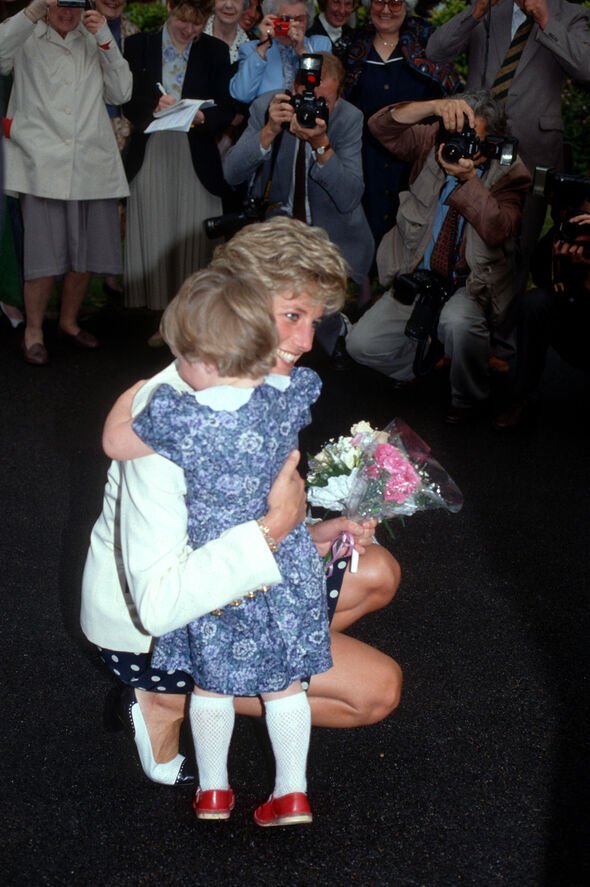 In the 1991 picture, Diana is seen pointing towards the court with a then-nine-year-old Prince William by her side.

The pair were captured watching the ladies’ final match.

Prince William has been taking on an increasing number of duties in recent years, lending a hand to both Prince Charles and the Queen to help them juggle the demands of royal life.

The Duke of Cambridge, alongside his wife Kate, the Duchess of Cambridge has seen his profile growing, with many praising the couple for the positive impact they have been having for the monarchy’s profile.