Speaking to well-wishers outside Sandringham House, where people had come to lay flowers at the gate, the Prince of Wales admitted he was “shaken” during the procession. 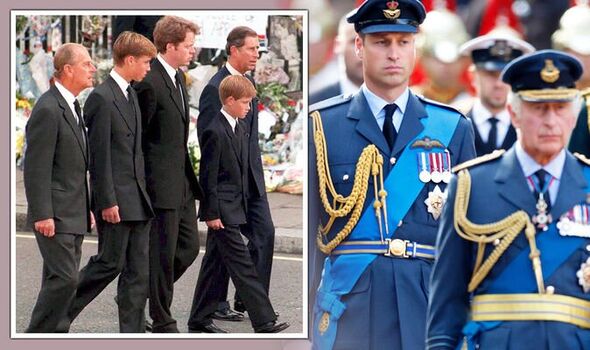 He said it was a “very difficult day” as the Queen was passed into the care of the nation.

And when a member of the crowd told the emotional Prince how close to tears she was, the heir to the throne said: “Don’t cry now – you’ll start me.”

Jane Wells, 54, from Lincolnshire, said: “He said how difficult it was yesterday and how it reminded him of his mum’s funeral, of Diana. He said it had been very difficult.

“Catherine said it’s just been such a difficult time for all of them, for the whole family.

“I said your mother would be so proud of you and thank you for sharing your grief with us and he said, “I’m learning that she was everyone’s grandmother – the way people have reacted”.”

He was heard saying it “brought back a few memories”.

The Prince said he is learning “that she was everyone’s grandmother” amid an outpouring of grief from the nation, adding to one that he thought “she was going to go on forever”.

The Royal couple revealed they are trying to keep things as normal as possible for their children, Prince George, nine, Princess Charlotte, seven, and Prince Louis, four.

The heir to the throne walked side-by-side with his brother Harry during Wednesday’s procession from Buckingham Palace to Westminster Hall.

He and Kate appeared visibly emotional as they entered Westminster Hall where the Queen’s coffin will Lie in State until Monday morning.

Nettie Wells, 90, said: “You could see he looked very emotional and very overwhelmed. He thanked me for coming.”

Kim Theobald, 65, of Leicestershire, said: “He told me they were getting through it all by clinging to lovely memories of The Queen.”

The two Royals spent an hour talking to crowds after viewing the floral tributes left at Sandringham.

More than 1,000 people clamoured to pass their condolences to the Royal couple during their surprise visit. 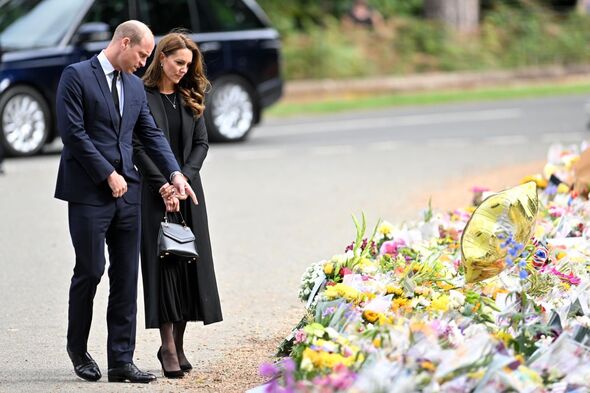 Huge crowds formed around the Royal couple, with traffic onto the estate grinding to a halt during the visit. Concerned Amanda Horn, 56, Norfolk, told Kate: “You look very tired.”

The Princess of Wales replied: “We are all very tired but the crowds and peoples’ support is keeping us going.”

Kate welled-up as she led schoolgirl Elizabeth Sulkovska, eight, to lay down flowers and a small cuddly corgi among the sea of tributes at Norwich Gate on the Sandringham Estate.

Little Elizabeth, eight, speaking through tears after the experience, said: “It was really exciting. I didn’t think this would happen.

“I was standing with a flag and a toy corgi. She was coming round and said “do you want to put the flowers down?” She was so beautiful.”

The Prince put a steadying hand on his wife’s shoulder as the emotional Princess continued chatting with families as the Royal cars arrived.

They had stayed over 30 minutes longer than they had planned to. And he told one well-wisher “he thought she was going to go on forever”. 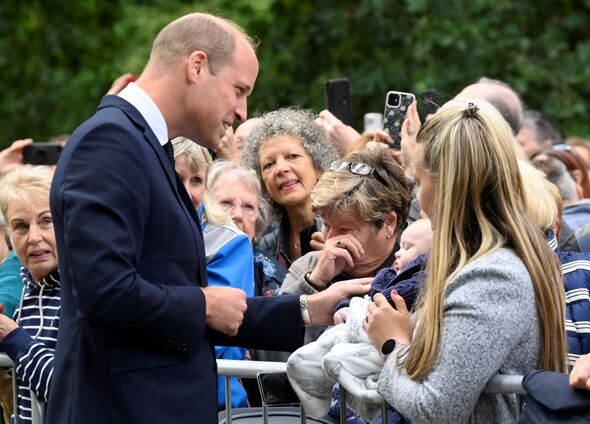 Katie Ward, 42, “He said even though the Queen was 96, he thought she was going to go on forever. They said they are trying to keep things normal for the children.”

Another said the heir to the throne told them the children are “doing really well”.

Kate told one mum they were heading back to London to “do the school run”. The Princess “said the children were settling in well to their new school”.

And the well-wisher said: “I joked I had to be quick because I had to do the school run and she said she was heading back to London to do it as well.”

One crowd member says she had been told George was said to understand the loss of his great-grandmother the others understood less.

One well-wisher said: “She said they were keeping this as normal as possible for the children.

“She says the children were settling in well to their new school and Kate was grateful for the support.