The Duke of Sussex celebrated his 38th birthday with his wife Meghan Markle on Wednesday in what has been a challenging week following the death of his grandmother. However, there are signs that the Duke’s feud with his brother, the new Prince of Wales, may be healing.

They greeted wellwishers that had gathered to pay their respects to Queen Elizabeth II who sadly died at Balmoral Castle on September 8.

The Sussexes were invited to the walkabout by the Prince of Wales in an apparent gesture of reconciliation following tensions around the Sussexes’ departure from frontline royal duties in 2020.

According to the Sun, the Prince of Wales told crowds that he had not forgotten about his brother’s birthday during the walkabout in Windsor. 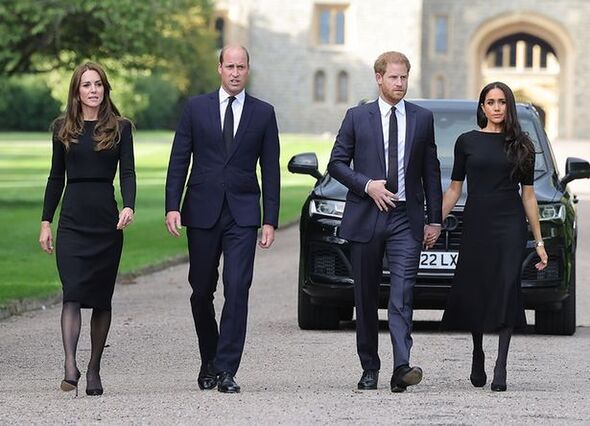 He reportedly told one fan: “It is his birthday today – you’re absolutely right, it is.”

When he was asked about his brother’s birthday he laughed and replied “No, I’ve not forgotten.”

However, it has been claimed that the royal brothers sat down for dinner at Buckingham Palace after receiving the Queen’s coffin earlier this week. 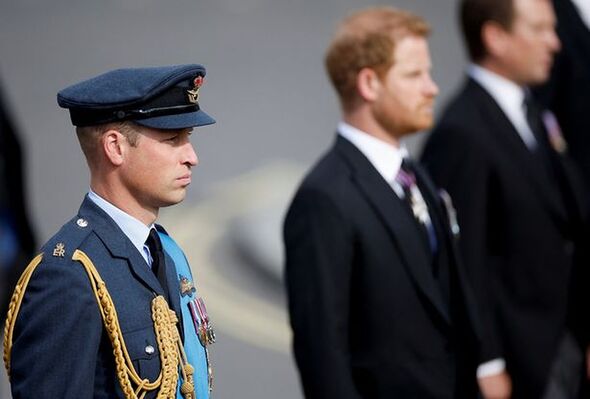 Before the dinner, the Sussexes joined the Cambridges and other working members of the Royal Family to receive the coffin which had been flown from Scotland.

The royal couple looked sombre as they were driven past thousands of mourners in a black car on Tuesday evening.

The Duke and the Prince were also seen marching together during the procession on Wednesday as the Queen’s coffin was transported from Buckingham Palace to Westminster Hall to lie in state.

It comes as the Duke of Sussex will wear his military uniform on Saturday in a tribute to his late grandmother. 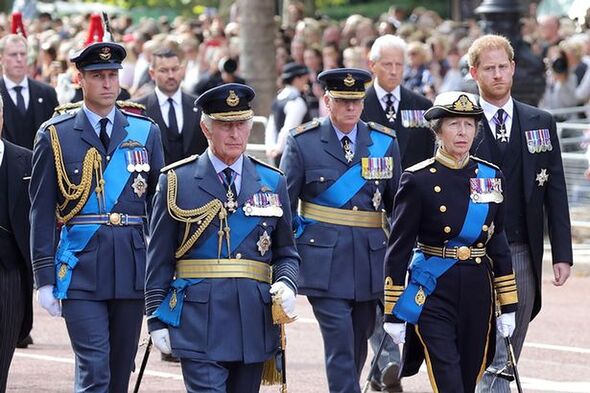 The Duke has been given special permission to wear his military colours for a lying in state vigil for the Queen on Saturday evening in Westminster Hall.

All of the Queen’s eight grandchildren, including the Prince of Wales and the Duke of Sussex, will stand on Saturday evening in silence for 15 minutes beside Her Majesty’s coffin.

It is understood that Palace officials intervened to allow the Duke to wear his uniform when it emerged that his uncle the Duke of York had been given special permission to wear his own uniform.

Previously it was believed that members of the firm who were not considered working royals such as the Duke of York and the Duke of Sussex would not be permitted to wear their uniforms.