The Duke of Cambridge was known to be exceptionally close to Diana and was only 15 when she died in 1997. The Princess of Wales was also incredibly affectionate with her children, and was determined to steer clear of the stiff upper lip nature of the Royal Family. However, some accounts have since suggested Diana was almost too emotional towards William and his younger brother Prince Harry and would cry on their shoulders as her marriage to Prince Charles crumbled.

William even allegedly resorted to pushing tissue under the bathroom door once when he could hear his mother sobbing.

“It was all the wrong way round for William.

“He was having to comfort his mother when she should have been looking after him — he was just a little boy.”

Yet, writing in his biography, ‘Charles — The Man Who Will Be King’, Howard Hodgson explained that Diana’s own upbringing was traumatic — for a similar reason.

Her parents, Earl John Spencer and Frances Roche had a bitter divorce in 1969, after Frances decided to leave her family for her lover, Peter Shand Kydd. 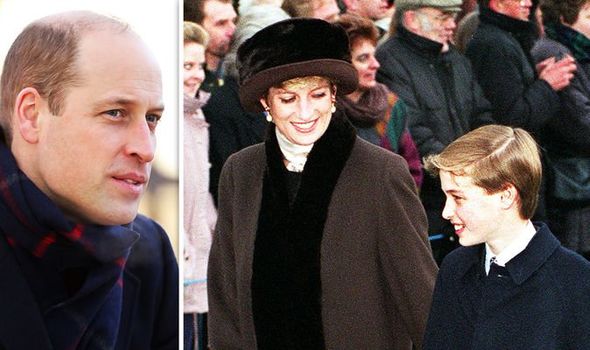 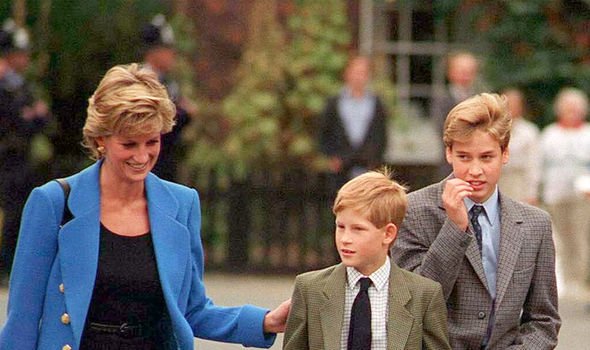 A tumultuous custody battle ensued, which Earl Spencer eventually won after Frances’ own mother gave evidence against her.

School holidays and weekends were divided between the two parents’ homes.

Mr Hodgson explained that Frances would “speak to the children on the telephone daily and saw them most weekends”.

However, this could create a “negative effect”.

Mr Hodgson explained: “On occasion she would sometimes burst into tears and spend time pouring out her problems to them.

“This had the effect of giving out unpredictable doses of love or stress, and it clearly made an impression on the dramatic side of Diana’s character: Diana was to put Prince William through the same experience at an equally young age.”

She subsequently became a “semi-detached mother”, according to Mr Hodgson. 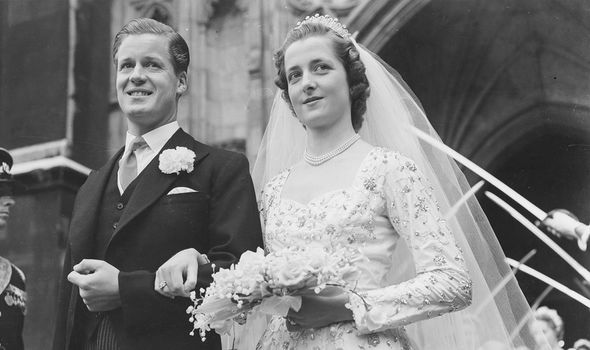 Diana and her mother were still arguing right up until her death.

Frances had told Hello! Magazine that her daughter was content to lose her HRH status after her divorce — which meant the women were no longer on speaking terms when Diana died in Paris several months later.

However, while Diana reportedly leant on her children in the same way, Mr Hodgson acknowledged that the most “stable and loving relationship” Diana ever enjoyed was with her two sons.

Even then, he claimed: “She would not be able to in time resist using them as propaganda tools in the media war with her husband.”

The biographer noted that while Charles stuck to royal protocol and often appeared aloof with his children in public, Diana was keen to embrace her sons without hesitation.

She also took them on more “normal” outings, to McDonald’s or to theme parks, where she was photographed having a fantastic time with her sons. 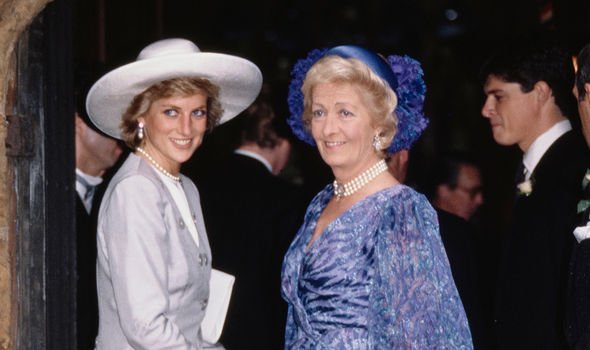 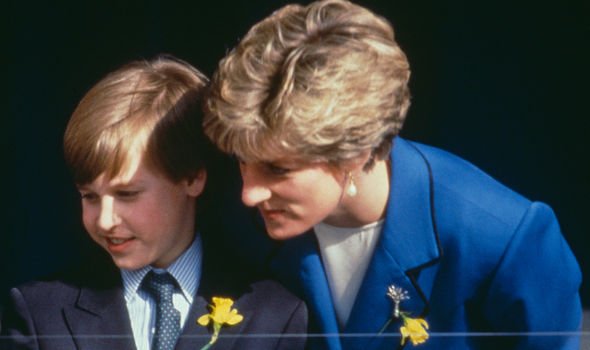 Mr Hodgson continued: “Nor would she be able to see that phoning up a young William at boarding school and emotionally dumping on him could be bad for him and make him as unhappy as her mother had made her.”

Diana reportedly encouraged her lover Major James Hewitt to develop a relationship with her sons, too, despite still being married to Prince Charles throughout their affair.

She also famously took part in a BBC Panorama interview in 1995 with Martin Bashir, where she admitted there were “three of us in this marriage” — alluding to Charles’ ongoing affair with Camilla Parker Bowles.

William was devastated that his mother had spoken so openly about her private life — and refused to speak to her for a period afterwards.

However, William has never spoken about how he struggled with his mother in his youth.

Instead, he has noted that becoming a father reminds him of Diana’s death. 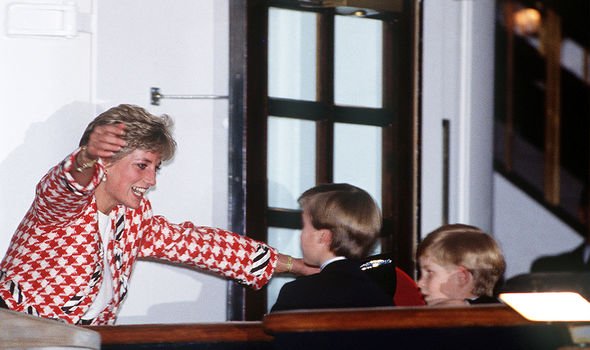 Speaking earlier this year, he said: “Having children is the biggest life changing moment, it really is.”

He added that “when you’ve been through something traumatic in life” such as “my mother dying when I was younger”, his emotions came back in “leaps and bounds”.

William also noted that he found it very “overwhelming” without knowing his mother was there to assist him with fatherhood.

‘Charles — The Man Who Will Be King’ by Howard Hodgson was published by John Blake Publishing in 2007 and is available here.