A 49-year-old man has been sentenced to 63 months in prison in the US for conspiring to traffic horns and ivory worth over $7million acquired via illegal poaching of 35 rhinoceros and 100 elephants The Duke of Cambridge, the founder of United for Wildlife, which aims to make it impossible for traffickers to transport, finance or profit from illegal wildlife products, has issued a statement following the ruling.

He said: “Today’s sentencing demonstrates what is possible when a coordinated international response is brought to bear against the illegal wildlife trade, and why it is essential.

“This is a significant victory and a landmark case.

“For over a decade, its complexity has been skilfully met by a global alliance of international law enforcement agencies, governments, NGOs and private sector organisations, including a number of brilliant United for Wildlife Partners.

“It is further proof that we have the tools to combat this insidious crime and is testament to the power of international collaboration. 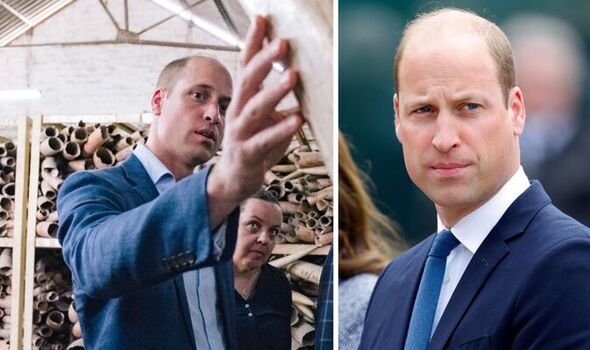 “I’d like to congratulate everyone involved for their meticulous planning and determination to pursue justice.

“Thanks to their perseverance, hundreds of endangered animals and the communities that live alongside them, have been protected, sending the strongest possible message that together we can defeat the illegal wildlife trade.

The US Attorney’s Office – Southern District of New York, said Moazu Kromah, a citizen of Liberia and resident of Uganda, had been sentenced to 63 months in prison.

He received his sentence for “conspiring to traffic in millions of dollars in rhinoceros horns and elephant ivory, both endangered wildlife species, which involved the illegal poaching of more than approximately 35 rhinoceros and more than 100 elephants”.

The sentence was handed down by US District Judge George H. Woods.

Mr Kromah was previously extradited to the US from Uganda on June 13, 2019 to face charges in the case, and had been detained since his arrival into the country.

US Attorney Damian Williams said: This protection of endangered wildlife and natural resources remains a crucial and important priority for my Office.

“Today’s sentence demonstrates that those who are responsible for the decimation of global populations of endangered and threatened animals protected by international agreements will face serious consequences.

This case also exemplifies our commitment, together with the US Fish and Wildlife Service and the Drug Enforcement Administration, to work with our international partners to arrest and bring to justice in a US courtroom those who commit these serious crimes abroad.