Prince William and Kate, Duchess of Cambridge have been at the front and centre of much of the Royal Family’s coronavirus pandemic work over the past few months. As some of the youngest and most tech-savvy royals, they have been keen to share their virtual work online. But what touching memory were royal watchers reminded of recently?

Prince William and wife Kate have often joked to one another about their competitiveness.

They are often pitted against one another in sporting and other events,

The couple tried to beat one another in a range of activities from their dragon boat race in 2011 to running again each other at a London Marathon training session in 2017.

The Duke and Duchess of Cambridge went head-to-head in a new way in December in a baking challenge. 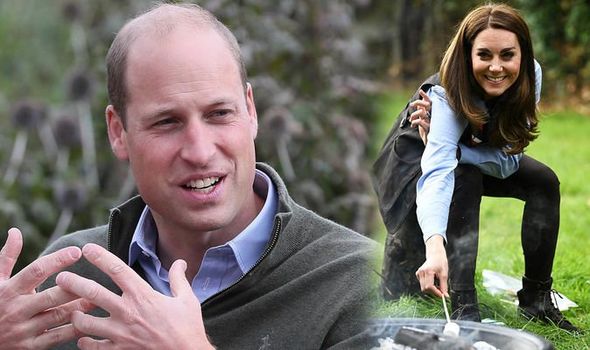 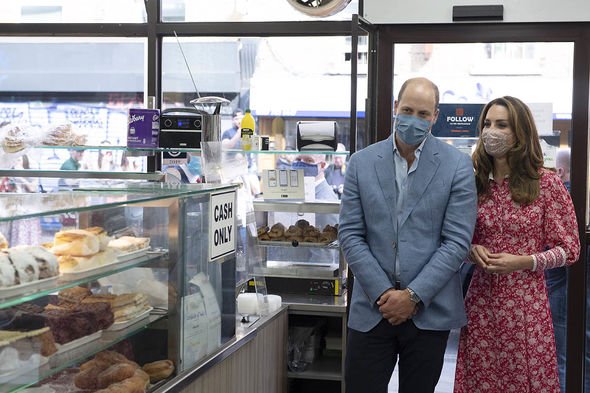 In the BBC show A Berry Royal Christmas Prince William and Kate revealed they can become quite fierce when it comes to winning – even in the kitchen.

The couple were set a challenge of who would produce the best Christmas meringue roulade.

When it came to rolling the roulade, William began to show signs of struggle and tried to cheat by asking for assistance from former Great British Bake Off champion Nadiya Hussain.

But he was caught in the act by Mary prompting William to try to defend himself by saying: “She’s guiding me.” 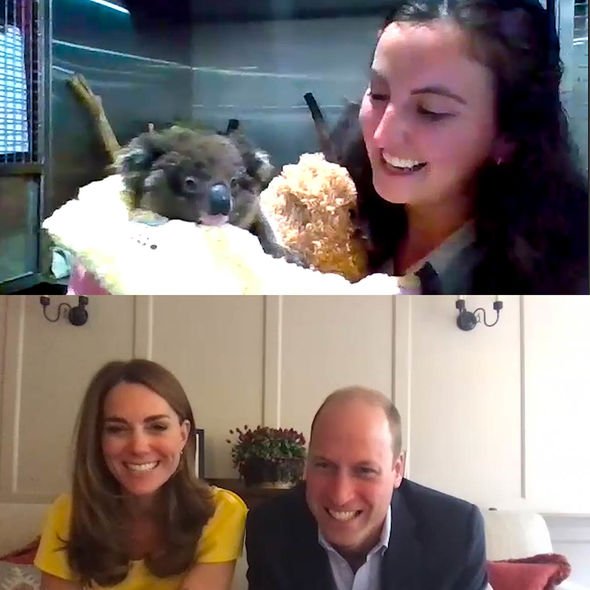 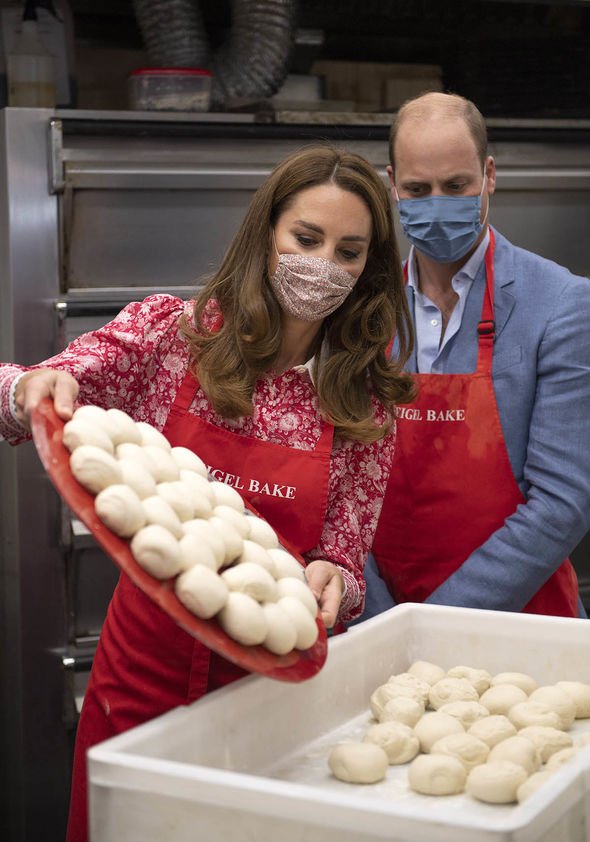 The Cambridge couple went head-to-head once again last month in a bagel baking competition at the famous Beigel Bake in London’s Brick Lane.

The couple rolled up their sleeves and tried their hands at kneading dough into shape to make 30 beigels.

They were judged on their technique and as Prince William put the finishing touches to his dough ball, Elias Cohen, whose father Amnon founded the bakery in 1974, said: “Not bad. I think Kate wins!”

The Duke of Cambridge conceded his lesser skills in this area in a touching foreword for a cookbook in support of one of his patronages.

The cookbook called A Taste of home from homeless charity The Passage was created to mark the 40th anniversary of the charity.

Prince William has been the patron of The Passage since 2019.

The charity is the largest resource centre for homeless and insecurely housed people and has helped over 130,000 people in crisis through its resource centre, homelessness prevention projects and two innovative accommodation services. 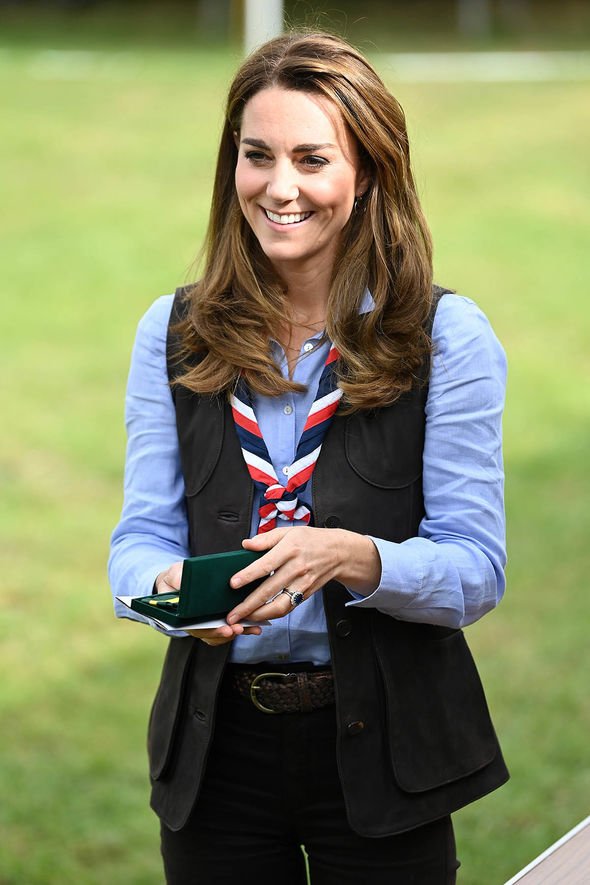 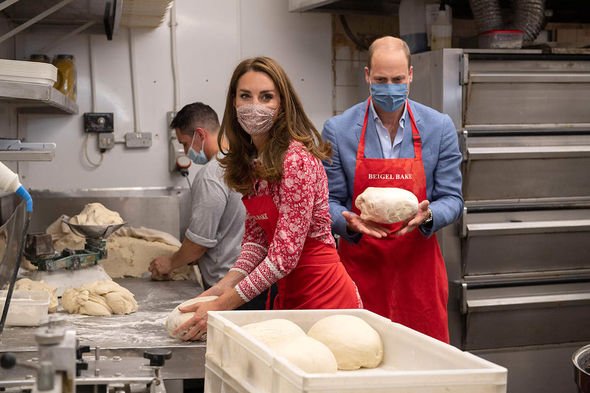 William’s foreword reads: “I am the first one to admit that I am not an excellent chef.

“The last time I was allowed into the kitchens at The Passage they very sensibly kept me in the role of sous-chef (aka carrot-chopper). On that occasion, I ‘made’ a spaghetti bolognaise (recipe on page 101).

“The dish smelt amazing – probably because I didn’t cook it. But what struck me most was how sharing a hot meal in the canteen at The Passage makes people who are experiencing homelessness feel right at home.

“Having a place to call home is precious.

“All of us will have felt the strain of staying in our homes during the Coronavirus lockdown.

“But for those without a place to call home, the pandemic has been even more frightening.

“Thankfully The Passage made sure there was a route off the streets and into safety.

“Staff and volunteers have worked tirelessly on the frontline, looking after the most vulnerable in society.

“At the peak of the crisis, they established a mobile Food Hub, providing hot, nutritious meals every day for over 300 people.

“One of the things I will remember from this difficult year is the amazing community spirit and care for the vulnerable shown by our nation.

“A Taste of Home is a celebration of that wonderful spirit. It also marks the 40th anniversary of the founding of The Passage, in a year which has turned out to be one of the most pivotal in their history.

“I hope that every time you use this special book you are reminded of that spirit; exemplified in The Passage’s ongoing work helping those who are street homeless to find a home for good.”

During their engagement interview in 2010, she said: “He did cook for me quite a bit at university, and he would always come with a bit of angst and a bit of anger if something had gone wrong and I would have to wander in and save something that was going.”

Kate kindly said it was because she did not give him “enough chance to practice”.

William said: “I get quite lazy about cooking because when I come back from work it is the last thing I want to do, really.