Prince William visited Croydon Custody Centre, in south London, to pay tribute to Sergeant Matt Ratana, who was shot in the chest there last September. The future king laid flowers at a memorial bench made for Sgt Ratana, 54, who had worked for the Metropolitan Police for almost 30 years. William also spoke to the officer’s partner and colleagues. He said: “I’ve wanted to come here for a while. Clearly, he was the heart and soul of the police station.

“He liked his hugs as well, apparently. He left behind a legacy and touched a lot of lives.”

Close friend Sergeant Steve Braithwaite said: “Prince William asked how we deal with death. I said we’d usually get drunk and make morbid jokes to get through it.

“But we haven’t been able to do that because of lockdown. He said let me know when you do and that he would join us one day.”

The Prince spoke privately with Sgt Ratana’s partner Su Bushby and officers who were working with the custody officer the night he died. William was shown a gym that Sgt Ratana, a keen rugby player and coach at East Grinstead Rugby Club, had built in a converted store room. 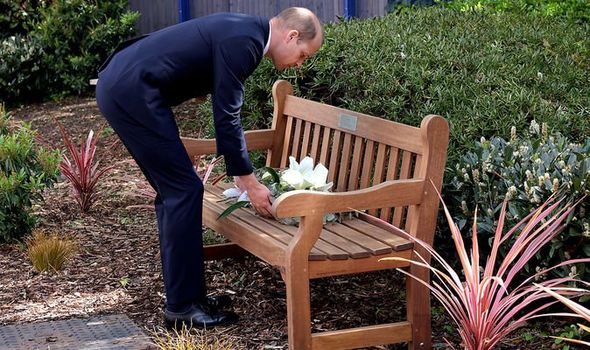 Colleagues said the gym was part of the “legacy” of Sgt Ratana, who had proudly showed off the reflooring to colleagues the night he died.

The New Zealand-born officer was shot in the chest at Croydon Custody Centre on September 25 last year.

Louis De Zoysa, 23, of Norbury, south London, was arrested and charged with murder. He is now partially paralysed after suffering a self-inflicted gunshot wound to his neck. Describing hearing that his friend had died last September, Sgt Braithwaite said: “I felt numb. It was horrific. It’s been really tough. 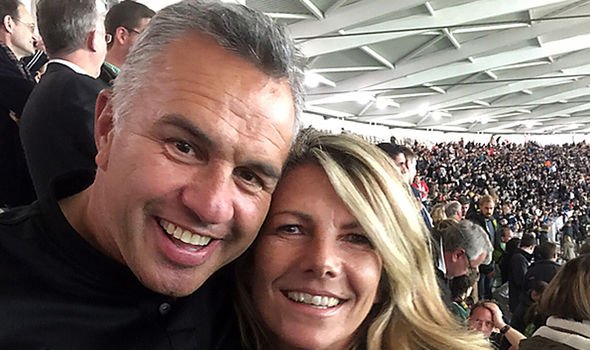 “Even now I’m still a bit numb and still think he will come round the corner again and give one of his big bear hugs. The atmosphere was tough here for a while but it has got better slowly.”

Pals have set up The Matt Ratana Rugby Foundation to fund training and exchange programmes for rugby clubs in New Zealand and to improve facilities in the UK. William also talked to officers about the work going on across the Metropolitan Police to support the mental health of its workforce.

Metropolitan Police Commis-sioner Cressida Dick said: “Matt left a powerful legacy across the Met. I was proud to welcome His Royal Highness to Croydon and to meet some of Matt’s colleagues.”

She added: “Police officers put themselves in harm’s way to keep people safe and can be exposed to very harrowing and traumatic experiences. I am extremely proud of the men and women across the Met who support colleagues who have experienced trauma.”