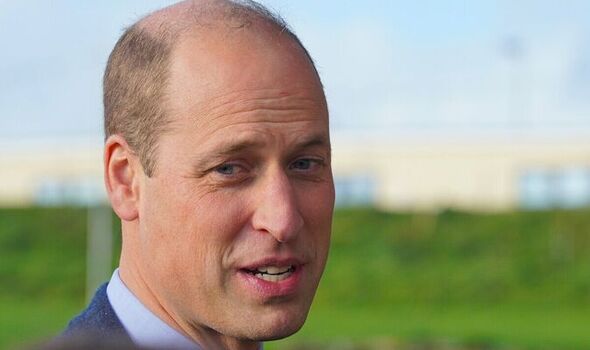 Just hours before he steps up to the podium for the landmark event of he and Kate’s much-anticipated tour of the US, Prince William has opened up about his “stubborn optimism” when it comes to climate change.

The Prince will be hosting the Earthshot Prize ceremony in Boston this evening, at the climax of the couple’s first trip to America in eight years.

Explaining why he created the prize, William wrote for Huffpost: “We face a challenge as seemingly insurmountable as putting a person on the moon: reversing the damage that has been done to our planet, and putting ourselves on a path toward a more sustainable future.”

Over the course of the last three days, the Prince and Princess of Wales have taken a tour of eco-friendly and charitable organisations in the Boston area, met at every turn by adoring fans.

Commenting that he “believes in the power of human ingenuity”, William quoted former US President John F. Kennedy – who was born in Boston, where the Cambridges are visiting – saying, “we choose to go to the moon in this decade and do the other things, not because they are easy, but because they are hard” as part of his motivation behind Earthshot.

The prize, in the Prince’s words, “scours the planet to discover, celebrate and scale ground-breaking solutions to the greatest challenges our planet faces” – and hands them a more than $1 million cheque to keep up the good work.

The Prince’s focus on the climate follows in his father’s footsteps, with King Charles being a famously strong advocate of eco-friendly initiatives.

Adding that the necessity to take action to protect the world is “undeniable”, William said: “Every day we learn of a new fact or figure, or we reach an alarming milestone that marks our seemingly inexorable ― and rapid ― march toward climate catastrophe.”

Some of the alarming stats referenced by the Prince of Wales included that the planet’s wildlife populations have declined by an average of 69 percent in less than 50 years, Pakistani floods that have “claimed thousands of lives”, and the fifth consecutive year in which a large region of Africa has faced drought.

He added that the US has faced 15 weather or climate disaster events costing over $1 billion each in 2022, as well as highlighting that temperatures in the UK soared over 104 Fahrenheit (40 degress Celsius) this summer.

But despite these dire signs, the Prince said: “There is a reason for hope.”

He went on to celebrate many of the Earthshot Prize winners’ best achievements, including the Republic of Costa Rica “extending its protected marine area” from 3 percent of its ocean territory to 30 percent, while “Coral Vita, a coral restoration project off the coast of Grand Bahama, has planted more than 6,000 coral fragments around the world and is laying the foundations for the first-ever commercial land-based coral farm.”

Furthermore, the Nairobi-based Sanergy has found a way to convert sanitation waste into fertiliser, and has “secured over $50 million in blended equity and grant funding.”

William said these innovations represented “living proof that the solutions we need do exist and that there are brilliant people across the globe working tirelessly to reverse the current climate trajectory.”