Prince William has pulled out of a visit to New York next week because of the Queen’s death. He was due to visit the city mainly to attend a summit on September 21 ahead of the second Earthshot Prize awards. The awards are set to be held in Boston in December as part of William’s initiative to help encourage technological innovations that can save the world from the worst effects of climate change and other environmental crises.

But William, 40, has cancelled the visit because the Royal Family are still in mourning for a further seven days after his grandmother’s funeral on Monday and there were concerns anyway about whether he could get there in time.

The Prince of Wales was due to attend the summit alongside Michael R. Bloomberg, who has committed to help scale and replicate the most successful solutions that tackle the issues faced by the planet presented at The Earthshot Prize.

Mr Bloomberg is the global advisor to the winners of The Earthshot Prize which, launched in October 2020, is set to name five winners a year until 2030. 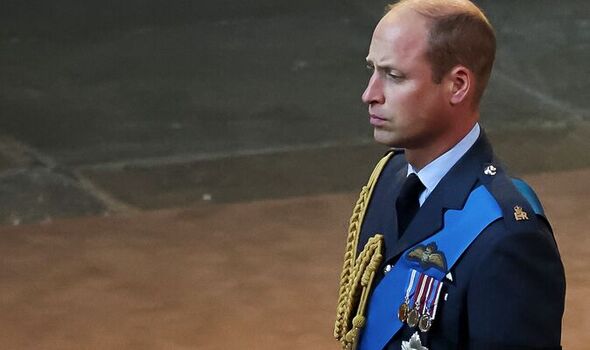 During the summit, hosted by the Prize itself and Bloomberg Philanthropies, Mr Bloomberg and William planned to celebrate the finalists and winners of the first-ever Earthshot Prize award ceremony held in October 2021 in London.

But William has cancelled the visit to the big apple, with Her Majesty’s state funeral falling just two days before the summit.

King Charles III has declared Monday, September 19 a bank holiday to allow the public to pay tribute to his late mother and watch the funeral unfold live.

Prince William was seen at Sandringham today, alongside wife Kate Middleton, as the couple spoke to members of the public and admired tributes left for the Queen following her death last week.