Prince William, 38, put duty first on Saturday as he met with Scotland’s First Minister Nicola Sturgeon in Edinburgh just hours after blasting the BBC for its handling of the fallout from its 1995 Panorama interview with his late mother Princess Diana. William put on a stoic show despite the crisis that has erupted in the wake of his brother Prince Harry’s latest string of accusations against the Royal Family.

Harry made a series of damning claims about the Royal Household in his new Apple TV +   mental health series with Oprah Winfrey, which is understood to have only deepened the rift between the two brothers who were already “on separate paths.”

Mr Palmer tweeted: “Prince William is greeted by Scotland’s First Minister Nicola Sturgeon as he arrives at the General Assembly of the Church of Scotland.”

The future king is in Scotland to open the General Assembly –  a significant annual event in the Church of Scotland calendar, which examines the work and laws of the Church and makes decisions that affect its future. 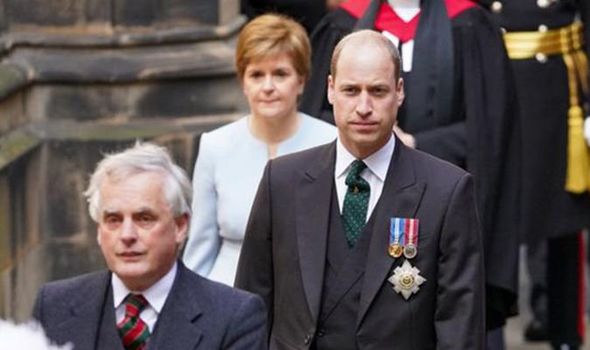 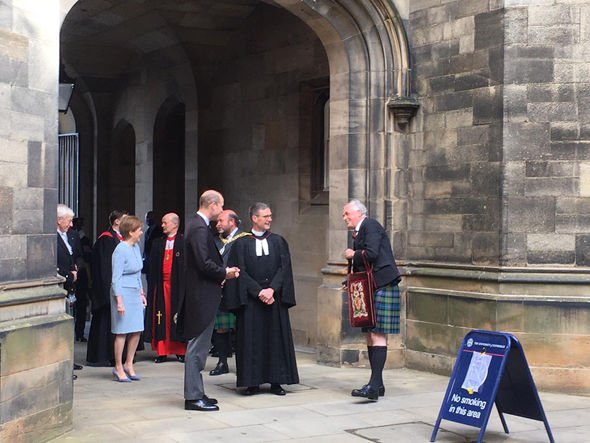 Kensington Palace tweeted about the engagement and shared photos and footage of William with the first minister.

The palace tweeted: “Over the next few days and in different parts of Scotland, I’ll be keen to learn how people and organisations are tackling head-on some of the biggest problems of our time, including mental health, homelessness, and addiction #GA2021”

“The General Assembly is a significant annual event in the Church of Scotland calendar, which examines the work and laws of the Church and makes decisions that affect its future.”

The church of Scotland also promoted the important event on Twitter. 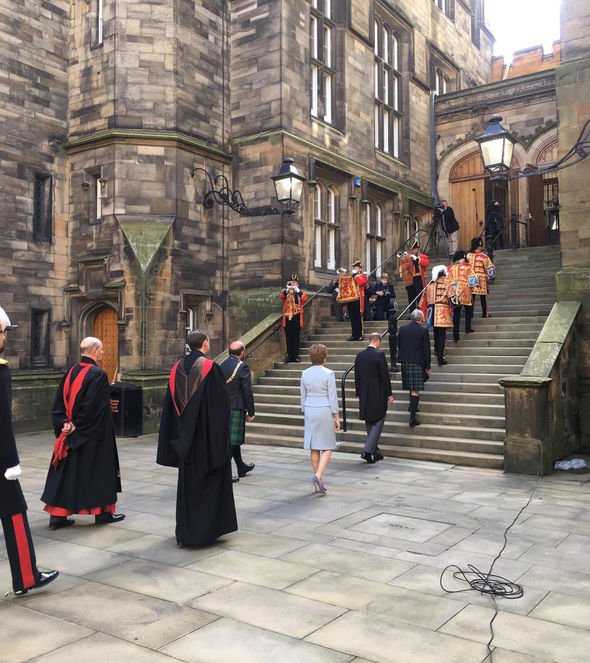 The institution wrote: “Today’s the day: the opening ceremony of the General Assembly, as well as all of the week’s business, will be live-streamed through our website from 10am this morning: https://stream1.churchofscotland.org.uk/about_us/general_assembly/

“The livestream will begin from 1pm each day from Monday to Thursday.”

William’s visit to Scotland comes weeks after the nation went to the polls and amid Ms Sturgeon’s bid to bring about a new independence referendum.

Royal fans were quick to praise William on Twitter with many lauding his credentials as a future king.

Prince Harry has ‘shot himself in the foot’ after sparking US fury [INSIGHT]
Royal POLL: Should Royal Family apologise to Prince Harry and Meghan? [POLL]
Palace braces for fresh chaos as Harry to make appearance on TV today [VIDEO]

A third gushed: “He has learned so well from the Queen. She must be immensely proud.”

While a fourth chimed in: “He is going to be a excellent king.”