Prince William has shared a post to his social media accounts, hinting that he is about to release a new podcast. The update, shared to both his Twitter and Instagram account KensingtonRoyal, says “Coming soon…” and is accompanied by a picture of a microphone, a pint, some takeaway food and a mug with the logo for ‘Heads Up’, a mental health campaign spearheaded by the Duke of Cambridge.

The photograph strongly suggests the Duke will be participating in a new podcast alongside Heads Up, a branch of Heads Together – a charity co-ordinated by the Cambrige’s to champion mental health and reduce the stigma.

Heads Up has been launched alongside the FA, which aims at using football to change the game on mental health.

The campaign aims to encourage men to be more open about their mental health and feel able to support friends and family through difficult times.

The post shared on social media suggests the podcast will be to do with the campaign, as the mug in the photo reads: “Heads Up: The FA for all.” 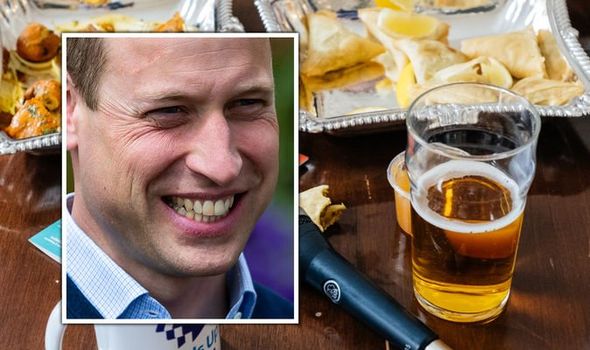 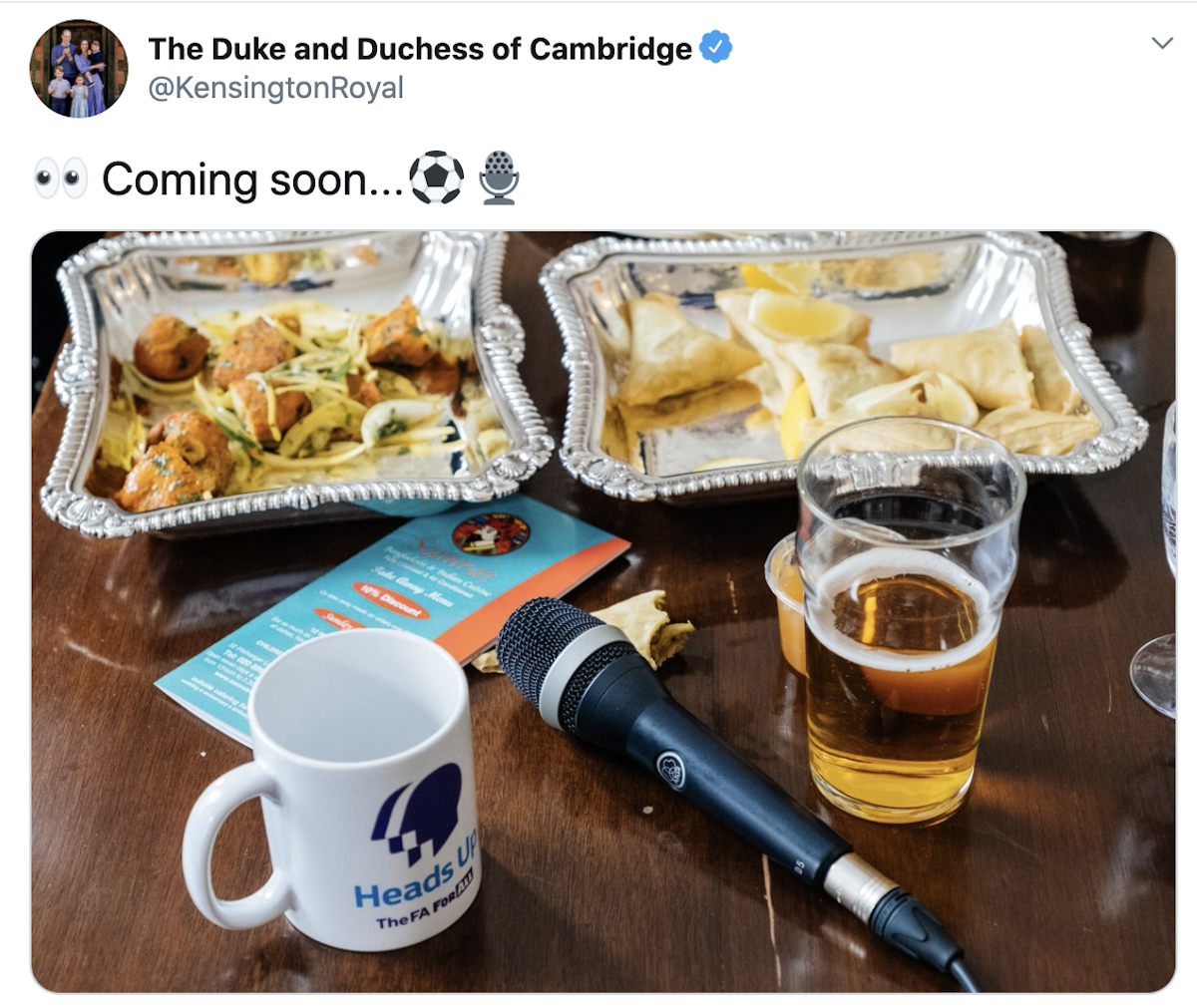 Many royal fans responded to the news with excitement.

One person wrote: “Ooh looks exciting, hoping it’s a podcast! Love all the work you do for Heads Up, it’s a fantastic cause!”

Another said: “Ohh a surprise is coming our way!! I can’t wait to find out more about it.”

A third wrote: “I think a podcast about football.” 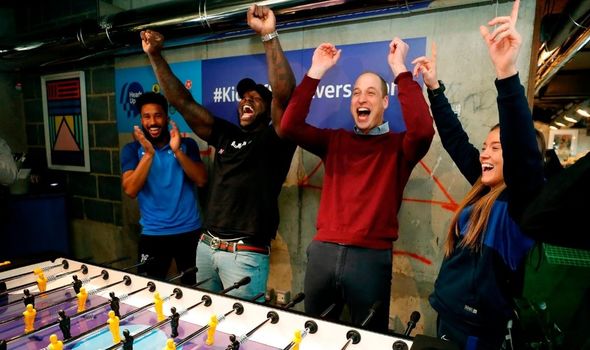 The Heads Up campaign launched in 2019 and has been championed by leading footballers, such as David Beckham, Peter Crouch and Steph Houghton.

Ahead of the Heads Up FA Cup Final on the 1st of August, football clubs and players across the UK have come together to sign the ‘Mentally Healthy Football’ declaration, committing to building a mentally healthy culture at all levels of the game, now and for future generations.

Signatories representing clubs, leagues, and organisations across the whole of the UK football family have signed the declaration, which recognised mental health is just as important as physical health.

The declaration is a commitment from the game to continue to raise awareness on mental health, and to embed an environment in the UK where players, staff, managers and officials are able to spot signs that someone they know might be struggling and are encouraged to look after their mental health just as they do their physical health.