Prince William appeared heartbroken as he tells crowds he hoped his grandmother the Queen “might get a bit more” time in Sandringham. The Prince appeared alongside his wife Kate Middleton as he met with mourners at Her Majesty’s Sandringham estate where he admired tributes. The heir was spotted in deep discussions with some members of the public, making the heartfelt comment to a group who had travelled to pay their respects to the late monarch.

William said he was pleased his children – George, nine, Charlotte, seven, and Louis, four – were able to have a relationship with their great-grandmother.

But he said he had hoped the Queen might follow in her mother’s footsteps who lived until she was 101.

Speaking to a member of the crowd, William said: “I remember my great-grandmother, you see.

“She lived until 101. We thought my grandmother might get a bit more.” 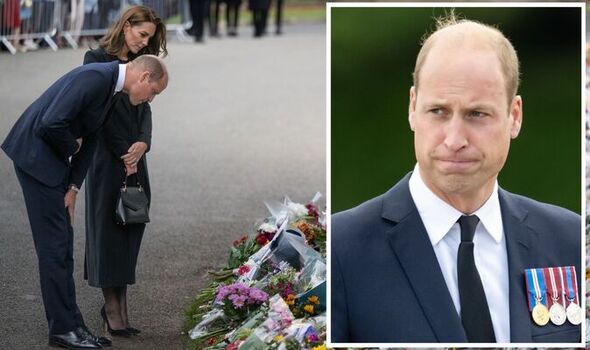 The Prince and Princess of Wales made their way up a route lined with Brits who had travelled to pay their respects.

Flowers and letters had been left at the site of the Queen’s much loved Sandringham estate where she would often spend time over Christmas.

William admitted it was “hard” to read the heartfelt tributes left by royal fans for Her Majesty – as wife Kate comforted him during the visit.

He added that notes from children were the hardest for him to read, having three children of his own. 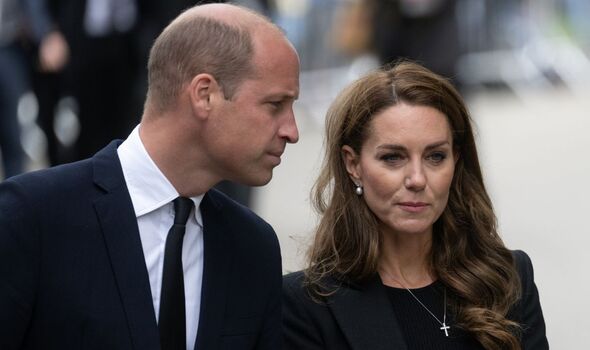 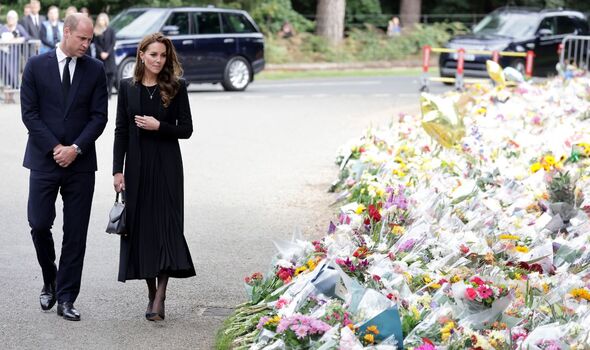 He told one person who had come to pay their respects that the letters were “very moving”.

The Prince added: “I find reading the notes quite hard actually, especially the children’s notes, they get me every time.”

Kate also reportedly told a member of the crowd that she was finding it tough reading letters left for the late Queen.

Fran Morgan, who visited the Sandringham estate, told The Sun: “She [Kate] said she couldn’t believe how many cards and flowers there were. But she also said: ‘I can’t read them all or I would cry.'” 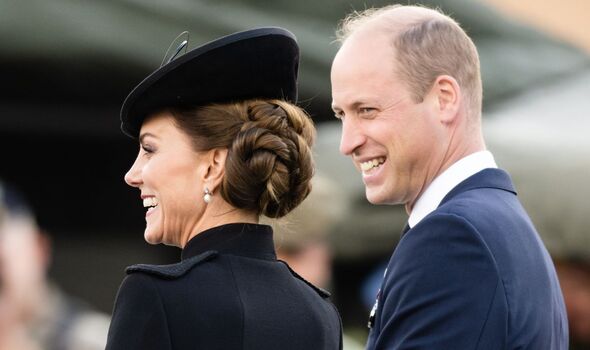 Many mourners were seen handing the Princess bouquets of flowers, who smiled as she spoke with members of the crowd.

She told one fan that Prince George, Princess Charlotte, and Prince Louis were handling the loss of their great-grandmother well.

Lynne, from Wymondham in Norfolk, told the BBC: “My daughter Jo, who has a great affinity with children and knows that Kate does as well, asked her how the children were doing.

“Kate thanked her and said they were doing well and they were being looked after at school.”