William and his wife Kate, Duchess of Cambridge, embarked on a week-long tour of Scotland last week, which was widely perceived as a ‘charm offensive’. The royals were expected to use their soft diplomacy to subtly tackle the growing independence movement which has been revived in recent weeks by Scotland’s First Minister, Nicola Sturgeon. The Duke of Cambridge also took the opportunity to quietly debunk some of his younger brother’s latest bombshells about their shared childhood as their rift continues.

Harry told Oprah Winfrey during his tell-all interview back in March that he had not had the freedom to even ride on bicycles in his youth.

During the CBS Special, he said: “I guess the highlight for me [in LA] is sticking him [Archie] on the back of a bicycle in his little baby seat and taking him on bike rides which is something I was never able to do when I was young.”

Pictures have since emerged which showed Harry did, in fact, go on bike rides with his family — but the Duke of Sussex has maintained that he was always “trapped” in the monarchy and could not enjoy the normal parts of growing up.

However, William recounted a very different image of their childhood during his latest tour of Scotland.

He told the General Assembly of the Church of Scotland: “My childhood was full of holidays having fun in the fresh air and swimming in lochs, family BBQs with my grandfather in command, and yes — the odd midge.”

Harry, on the other hand, compared his life as a royal to the 1995 film, ‘The Truman Show’ , and to being a zoo exhibit during his appearance on the ‘Armchair Expert’ podcast last month, suggesting he could never escape from the media glare. 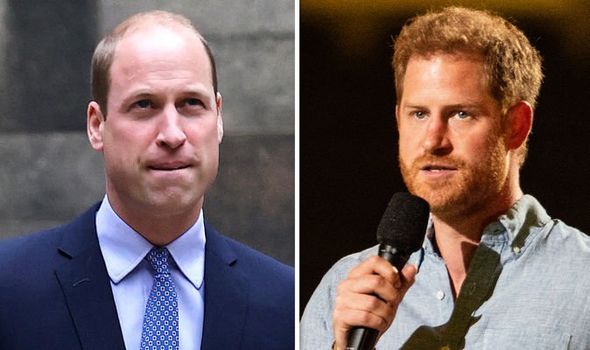 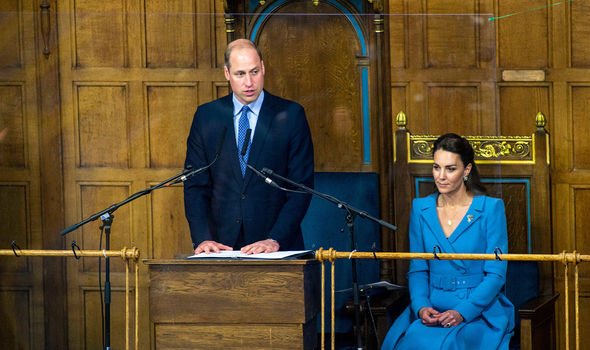 However, William’s speech to the General Assembly questioned this narrative, too.

“The town and the students left me alone to get on with student life, allowing me to share their freedoms and their pubs.”

The Royal Family negotiated a media blackout for William while he was still in education, as long as he agreed to the occasional interview.

Harry, too, enjoyed a similar privilege when he was serving in Afghanistan during his decade-long career in the military. 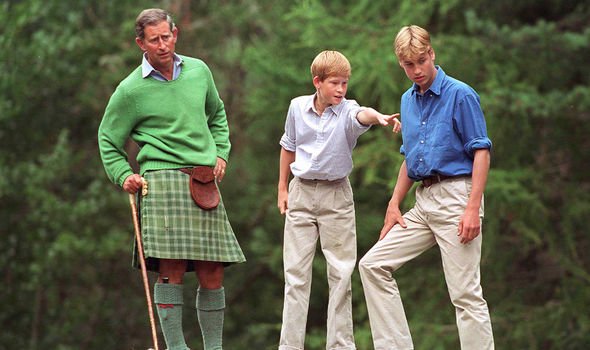 Former editor of The Scotsman, Professor Luckhurst, told Newsweek: “[Meghan] is not benefiting from that negotiated stand-off which has benefited the Royal Family before, even to the extent of completely leaving William and Kate alone while they were at St Andrews.

“I was a newspaper editor then and we said we just would not try to interfere in any way and that was honoured.”

The Duke of Cambridge also stepped away from his younger brother’s narrative when talking about the comfort provided to him in Scotland.

While William said being in the Queen’s Scottish estate of Balmoral provided “solace” to him during his time of grief, Harry accused his family of never talking about Diana’s passing.

William explained: “I was in Balmoral when I was told that my mother had died.

“I found sanctuary in the service at Crathie Kirk that very morning. 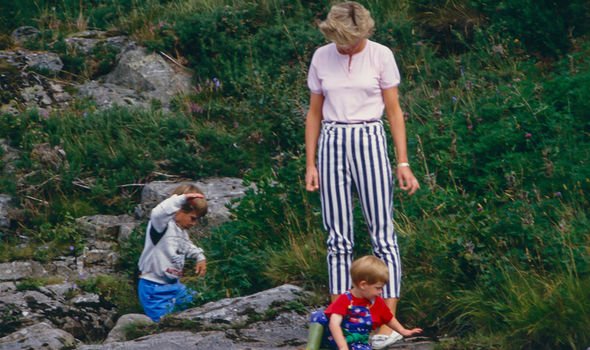 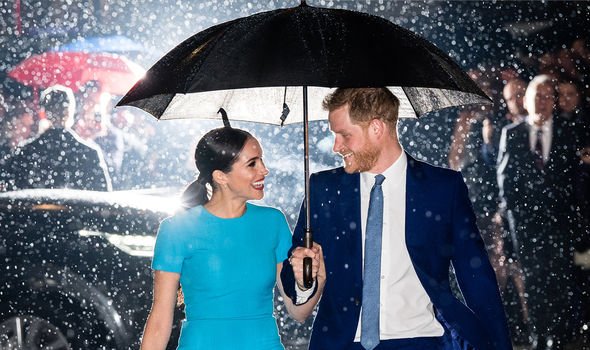 “And in the dark days of grief that followed, I found comfort and solace in the Scottish outdoors.”

His younger brother, however, said “no one was talking about” his mother’s death during his recent Apple TV+ docuseries, ‘The Me You Can’t See’, and accused his family of telling him to “just play the game” rather than address his emotional turmoil.

Shortly before his tour, William’s thoughts appeared at odds with Harry’s once again.

He released a furious video message relaying his thoughts on the Dyson report about Princess Diana’s 1995 interview with Martin Bashir.

His rare statement broke away from protocol in its attack on the BBC — while also claiming the interview increased his mother’s “paranoia” during the final years of her life.

He said: “It brings indescribable sadness to know that the BBC’s failures contributed significantly to her fear, paranoia and isolation that I remember from those final years with her.”

However, Harry blamed the entire media industry, in his own personal statement, claiming: “It’s bigger than one outlet, one network, or one publication.”

He praised Diana, adding: “She was resilient, brave and unquestionably honest.

“The ripple effect of a culture of exploitation and unethical practices ultimately took her life.”

“That they disagree over their mother does not bode well for the statue unveiling.”