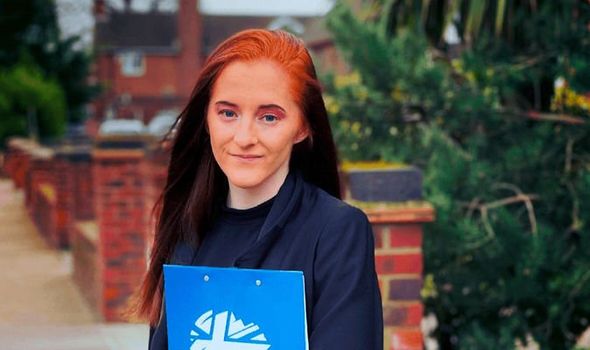 In her letter to William, chairman of the Football Association, she wrote: “Sadly, footballers and fans with epilepsy remain at risk from online flashing images that are beyond our control.

“We would very much welcome any support that you are able to offer in helping us to safeguard such a vulnerable group of people.

“We do not know of any other disability where people can be singled out by trolls and targeted with harmful posts to cause physical injury – all with the protection of anonymity afforded by Twitter.”

The Zach’s Law campaign – backed by the Daily Express – was launched after nine-year-old Zach Eagling staged a fundraising walk at his family’s home in Liversedge, West Yorks.

Zach, who has epilepsy and cerebral palsy, raised £20,000 for the society by completing 1.6m in laps of his garden.

But sick trolls targeted his event’s Twitter feed with more than 200 flashing messages, including photographs, GIFs, cartoons and sick taunts.

Leone backed the growing calls for social media firms and the Government to crack down on cowardly trolls who fire off hateful messages using accounts under false IDs.

He said: “It is so easy to make up fake profiles and get away with it.

“There need to be measures in place so you have to give your passport ID when signing up for social media.

“That way people who target others can be traced and caught.”

Sophie, who is also a Conservative Party activist, added: “Being involved in politics and having over 12,000 followers on Twitter means that I am always on the receiving end of online abuse.

“I don’t tend to read a lot of it as I know that it’s not beneficial but it’s hard to avoid it and there are times where it makes you question yourself.

“I also tend to get immensely frustrated at times as I know people would never say the stuff they say over the internet to my face or if they knew me in real life.”

She continued: “I heard about Zach’s Law through the Epilepsy Society and I think it’s absolutely vital that this does materialise into law.

“Epilepsy is protected under the equalities act so therefore online trolling of epilepsy patients should be protected in the online harms bill.

“If we are arresting people for sending mean words to footballers then those who cause physical harm to epilepsy patients through online trolling should absolutely be held accountable.

“I am so thankful for Zach and his family for stepping forward.” 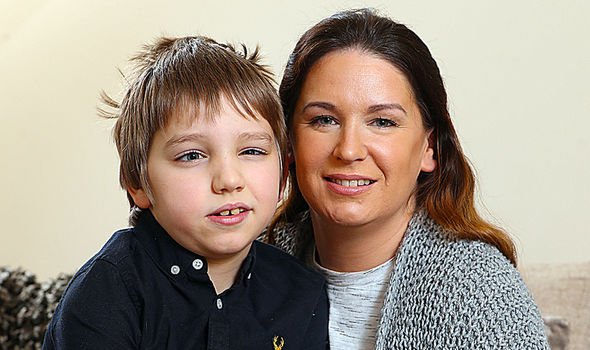 BULLYING may have once stopped at the school gates.

But in 2021, with the ever growing reach of social media, bullies and trolls pursue victims online from the comfort of their own bedrooms or living room sofa.

Online abuse is a modern curse and one particularly sadistic form of online bullying is the targeting of people with epilepsy.

Over the last 12 months, hundreds of flashing GIFs and images have been posted on Twitter and other social media sites by trolls seeking to intimidate and harm people with epilepsy.

In some cases this has led to seizures. In other cases, there has been serious emotional harm caused. Social media accounts targeted include that of the Epilepsy Society, the biggest medical research charity for the condition, and the Twitter feed of Claire Keer, mother of nine-year-old epilepsy fundraiser Zach Eagling.

Unfortunately, this abuse is ongoing.

Let me be blunt – this is wrong and it must be stopped. As the SNP spokesman for culture, media and sport, and a member of the Commons select committee which oversees online regulation, I have studied these issues in depth.

They must be able to use social media without fear of being targeted by vicious trolls.

The time for action is now.

That is why I am backing the Epilepsy Society’s #ZachsLaw campaign.

People with epilepsy must not fall through the cracks.

Any right-thinking person knows that deliberately sending flashing images to a person with epilepsy is malicious and criminal.

It ought to be named as such.