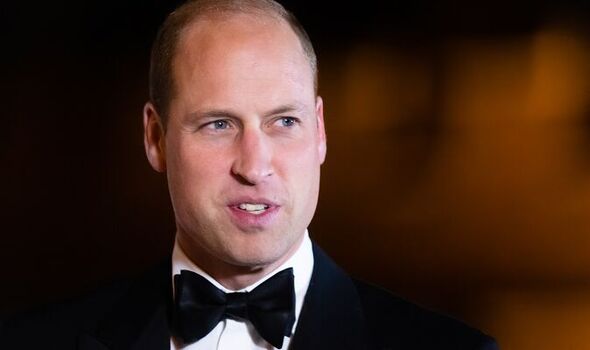 Among them was South African ranger Anton Mzimba, who was shot dead in July outside his home near the Timbavati Private Nature Reserve on the western edge of Kruger National Park. William had met him in Reading, Berkshire, last year at an event demonstrating a new technique to combat ivory poachers.

In his speech, the Prince said: “The roll of honour that we saw earlier serves as a shocking reminder of the ultimate price paid by too many men and women on the frontline of conservation.

“The work that rangers and game scouts do as nature’s guardians is truly remarkable.

“They patrol thousands of miles each year, putting their lives on the line every day, protecting wildlife and eco-systems, supporting communities, and mitigating harmful human-wildlife conflict.

“They do vital work in collecting data to monitor species and deepen our understanding of the world around us. They inspire the next generation to love and respect nature and they teach our children about the fragility of the natural world.

“For this reason, I want to applaud Tusk and its partners for its ambitious Wildlife Ranger Challenge campaign that has now raised over $16m to support the salaries and operations of some 9,000 African rangers impacted by the pandemic. We owe a huge debt of gratitude to the  dedication and bravery of these men and women.”

At a reception in the historic Queen’s Guard Room of the Palace, William chatted to nominees and guests including Ian Craig, the father of his “old flame”, Jecca Craig.

Ian, who is Chief of Conservation at Northern Rangelands Trust in Kenya, converted his family’s 62,000-acre cattle ranch into a rhino sanctuary in the 1980s and it went on to become the Lewa Wildlife Conservancy, a model for conservation across the globe. He went on to help create the Northern Rangelands Trust, which links 43 conservancies across 63,000 square kilometres of wildlife territory.

The Prince spent part of his gap year at Lewa, growing close to Jecca, who remains a good friend. Ian helped inspire his passion for conservation.  William later returned to Kenya with his then-girlfriend Kate Middleton, asking her to marry him there in 2010.

Now in its 10th year, the Tusk Awards celebrate the work of those working on the frontline of wildlife conservation in Africa.

To help mark the milestone, Tusk awards alumni from across Africa gathered for this year’s event. They included Benson Kanyembo, a law enforcement advisor at Conservation South Luangwa in Zambia, who helped to reduce elephant mortality rates by 66 per cent between 2018-2020, and Edward Ndiritu, the head of anti-poaching at Lewa, who has sustained a poaching level of near zero for more than seven years across the Lewa landscape.

The heir to the throne helped to launch the inaugural awards in 2013.

Singer Katherine Jenkins, who was attending with her husband Andrew Levitas, said: “We have both been ambassadors for Tusk for a long time and we’ve been fortunate enough to go to Africa to see first-hand what they are doing out there.

“As parents, we feel really passionate, we all have a responsibility globally to do something to end the crisis.

“We have to pass the word on to the next generation.We would love our children to be able to see these amazing rhinos and lions in the wild.”

Andrew added: “This is shining a bright light on these folks that are committing themselves on the ground to making a real difference. There’s nothing more heroic than putting your life on the line for this work.”

Katherine said of the Prince: “We have witnessed how passionate he is about this cause, it’s something very close to his heart.”

Andrew added: “You can feel the genuine commitment he has and the genuine passion and it makes a real difference.”

Charlie Mayhew, Tusk chief executive, said: “This is the 10th year of the awards and when we started these awards 10 years ago it was very much an experiment, we didn’t know how well they would resonate and here we are 10 years on and it’s been a great success.

“I think the issues and the challenges around climate change, conservation and the environment are beginning to resonate more and more with the public and certainly with our donors and people have been extremely generous in the past couple of years.”

He said of the Prince’s support: “We all know how much he loves Africa and he’s always very at home there.

“He has always been incredibly passionate about conservation, he’s always been there. We’ve been fortunate to have him as patron for 17 years now, these awards were as much his idea as ours. He helped to instigate it, so it’s something he’s been very personally invested in.”