The future king put royal service and duty first, as his grandfather would have wanted. Brother Harry in contrast paid his respects by remembering the cheekier side of his grandfather’s character in his tribute William stressed that he and Kate would now “get on with the job” because that was what Prince Philip would his statement, fondly recalling royal family gatherings and calling the late Duke a “legend of banter”.

The brothers will reunite at Saturday’s funeral at Windsor.

William, 38, and Harry, 36, became the first of Philip’s grandchildren to honour his memory publicly since his death on Friday, two months short of his 100th birthday.

In his tribute, William said: “My grandfather’s century of life was defined by service – to his country and Commonwealth, to his wife and Queen, and to our family.

“I feel lucky to have not just had his example to guide me, but his enduring presence well into my own adult life, both through good times and the hardest days.”

In the days following the death of Princess Diana in 1997, Philip played a key role in protecting and comforting his grieving grandsons as the two boys, then 15 and 12, spent time at Balmoral and then back in London for her funeral.

William also recalled his grandfather’s kindness towards his wife Kate. 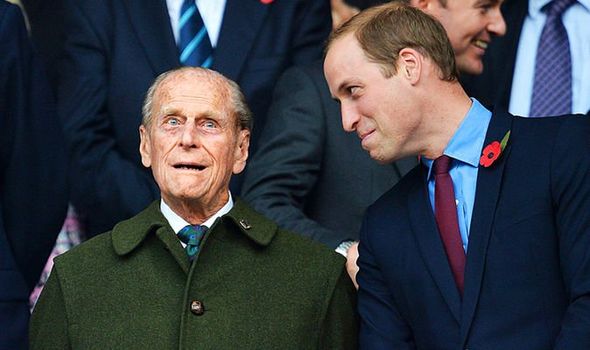 He said: “I will always be grateful that my wife had so many years to get to know my grandfather and for the kindness he showed her.

“I will never take for granted the special memories my children will always have of their great grandpa coming to collect them in his carriage and seeing for themselves his infectious sense of adventure as well as his mischievous sense of humour.”

Kensington Palace released an accompanying picture, taken by Kate in Norfolk in 2015, showing a smiling Philip sitting alongside a two-year-old Prince George, carrying a children’s book, in a carriage that the Duke kept at Sandringham and used to ride around the estate.

William added: “My grandfather was an extraordinary man and part of an extraordinary generation. Catherine and I will continue to do what he would have wanted and will support the Queen in the years ahead.

“I will miss my Grandpa but I know he would want us to get on with the job.” 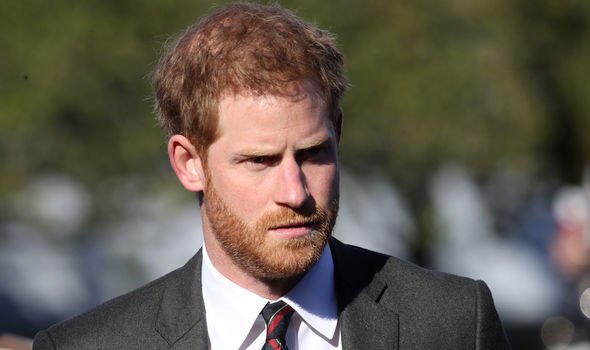 Prince Harry, who quit royal duties in March last year and moved to California with Meghan, also paid a warm tribute to his grandfather.

Harry’s message, released half an hour later by his office but in coordination with Buckingham Palace, also reflected the Duke’s working life.

The Prince is isolating at Frogmore Cottage on the Windsor estate after flying into London from LA last weekend, ahead of Saturday’s funeral.

Harry said: “My grandfather was a man of ­service, honour and great humour.

“He was authentically himself, with a seriously sharp wit, and could hold the attention of any room due to his charm – and also because you never knew what he might say next.

“He will be remembered as the longest-serving reigning consort to the monarch, a decorated serviceman, a Prince and a Duke.

“But to me, like many of you who have lost a loved one or grandparent over the pain of this past year, he was my grandpa. Master of the barbecue, legend of banter, and cheeky right til the end. 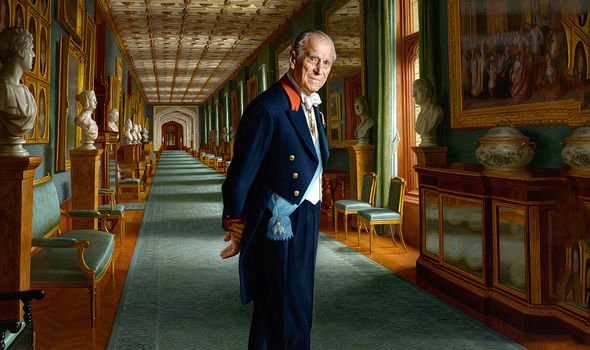 “He has been a rock for the Queen with unparalleled devotion to duty, by her side for 73 years of marriage. While I could go on, I know that right now he would say to all of us, beer in hand, ‘Oh, do get on with it!’

“So on that note, Grandpa, thank you for your service, your dedication to Granny, and for always being yourself. You will be sorely missed but always remembered – by the nation and the world.

“Meghan, Archie and I [as well as your future great-granddaughter] will always hold a special place for you in our hearts.”

The barbecue reference is a reminder of Philip’s love of outdoor cooking, sometimes acting as chef at parties at the Balmoral royal estate. Harry signed off his message with the motto of the Royal Marines, “Per Mare, Per Terram”, meaning By Sea, By Land.

The motto symbolises the Royal Marines’ dual role of fighting both onboard ships and ashore.

The Duke of Sussex and Philip both held the ceremonial title of Captain General of the Royal Marines.

The Duke of Edinburgh held the title for 64 years before it was passed on to Harry in 2017, who held the position for just two and half years.

Harry is expected to wear a civilian mourning outfit at the funeral on Saturday as his military ties were cut when he left royal duties.

Royal observers believe the Duke of Sussex will wear a plain black suit but will be allowed to wear his service medals.

The news came as Harry began his first full day of Covid quarantine ahead of Saturday’s ceremony at Windsor.

He flew in from Los Angeles on Sunday without his pregnant wife Meghan, 39, and must isolate for at least five days and test negative for coronavirus.

He is spending isolation at Frogmore Cottage, the Windsor estate home he shared with Meghan before they left for the US.

He was seen leaving his £11million mansion in Montecito, California, on Saturday night in a black Cadillac. 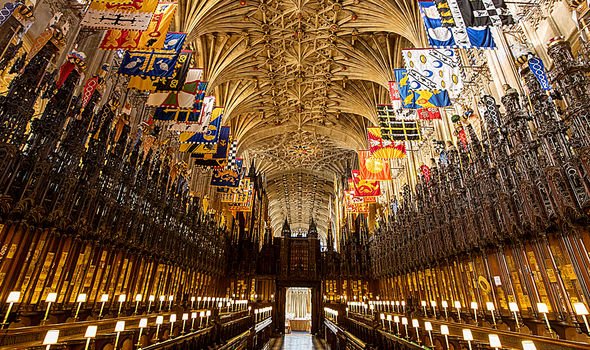 He boarded a London-bound BA flight in the early hours and arrived at Heathrow shortly after 1pm on Sunday, before being whisked away by security.

Frogmore Cottage is Harry’s main UK residence. Princess Eugenie and her husband Jack Brooksbank had been staying there in his absence. Most travellers entering Britain have to self-isolate for 10 days under the Government’s restrictions.

However, there are ­provisions for mourners to leave their home on ­compassionate grounds.

Harry spent 10 years with the Household Cavalry (Blues and Royals), rose to the rank of lieutenant and served in Afghanistan.

He wore his uniform for his wedding at Windsor three years ago. Prince Charles, Prince William and Prince Edward are expected to wear regimental dress for Saturday’s service.

The only other male senior royal in a civilian suit is likely to be Prince Andrew, who has also stepped back from public duties.