The Duke of Cambridge revealed in That Peter Crouch Podcast that he once got Kate a pair of binoculars as a gift. He and the former England footballer had a curry at Kensington Palace with the podcast’s two other hosts, radio presenter Chris Stark and BBC Sport Interactive journalist Tom Fordyce, along with pints at 11am as they recorded. They discussed topics like what is acceptable to wear, how Prince George could potentially be a star striker for Aston Villa and, most importantly, they discussed Heads Up, William’s mental health in football initiative.

The Duke wants to start the “largest ever conversation” about mental health with his scheme Head’s Up: Football Unites for Mental Health, which aims to make people ‒ particularly men ‒ feel as comfortable talking about mental health as they do football.

He had been working with the FA Cup, renamed Heads Up FA Cup, with a project that would build up to the FA Cup final at Wembley, although no fans were there in the end due to coronavirus restrictions.

During his chat with Peter Crouch, William spoke in a relaxed, candid way about mental health and recalled a few entertaining anecdotes, including his slightly off-the-wall present-buying.

He revealed that the worst present he ever bought Kate was a pair of binoculars at a time “early on in the courtship”, which was met by raucous laughter from the others. 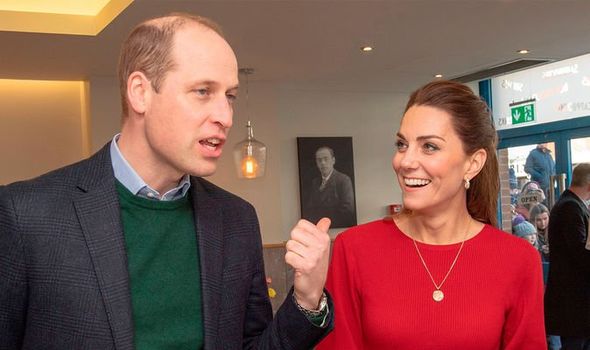 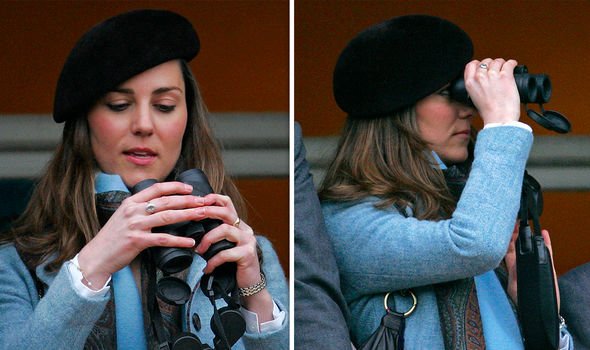 The prince joked that he thinks it was that gift that “sealed the deal”, later admitting it “did not go well”.

He was then asked whether Kate was a keen bird watcher and he said no, adding that he had “no idea” why he gave her binoculars.

Mr Myers reflected on William’s appearance on the podcast, and on the prince’s taste in presents. 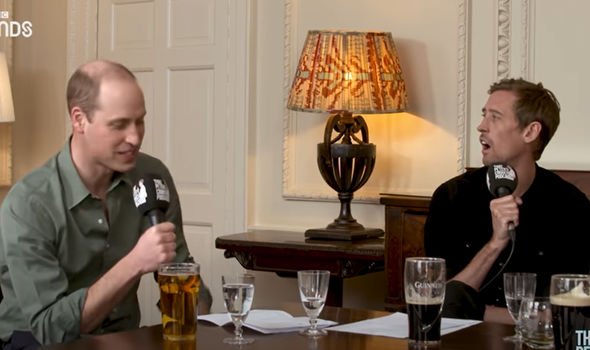 He said: “I think it just showed William in a real relaxed manner, how he was speaking candidly about the awful presents that he bought Kate.

“He said he had bought her a pair of binoculars, bizarrely.

“Surely you have flunkeys to do this sort of stuff for you so you don’t need to make these awful mishaps?” 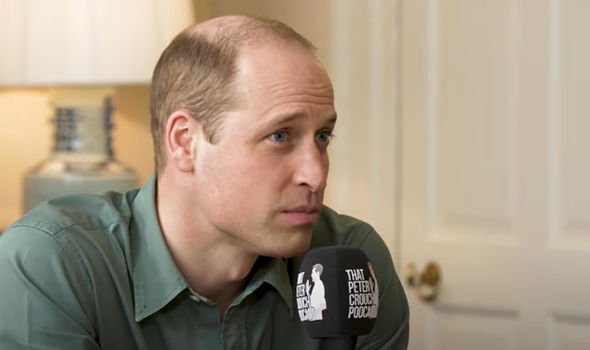 She then asked Mr Myers how binoculars would go down with his wife if he bought her a pair.

He said: “I don’t think she’d be that keen. She’d probably think I was a bit weird, to be honest, or even weirder. Binoculars is a funny one.”

Ms Gripper recalled that her parents once bought her husband some binoculars and “they thought we’d take them to lots of places, they thought they’d be great”.

Ms Gripper reasoned that during lockdown it may be more appropriate, given that many people took up new hobbies or a new-found appreciation of nature.

She added: “Plus you’re not allowed out anywhere so you might as well have binoculars to try and see a little bit down the road!”

The royal editor considered what the worst present he’s ever got his wife was, admitting that it was probably not getting one at all.

In the podcast with Peter Crouch, William spoke to the other men enthusiastically about his campaign around mental health in football, which is the subject of a recent BBC One documentary entitled ‘Football, Prince William and Our Mental Health’. 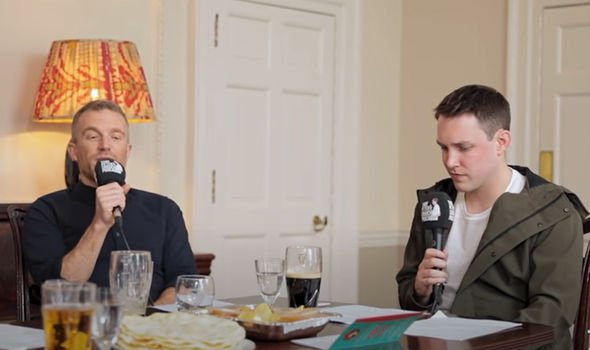 The Duke of Cambridge argued that in sport everyone talks about physical fitness, but that mental fitness is just as important.

Mr Crouch even said that when he took part in one of the changing room chats, he felt he was able to open up in a way he never had before, even to his family.

He added that he “genuinely felt so much better” after opening up about his feelings.