Princess Anne, 70, was all smiles as she stepped out for her first royal visit since the arrival of her grandson Lucas Philip Tindall. The Princess Royal’s daughter Zara Tindall, 39, gave birth to baby Lucas at home on Sunday evening, her husband Mike revealed while speaking on his rugby podcast on Wednesday.

Princess Anne has four granddaughters and looked delighted to have welcomed a grandson as she visited keyworkers on Wednesday.

The royal, who is known to be one of the hardest-woking members of the Firm, seemed cheery as she chatted to waste and recycling crews in Cambridgeshire.

The engagement was to thank lorry drivers and refuse workers for their tireless work during the coronavirus pandemic.

During the visit, Anne was shown the service’s new electric bin lorry as well as having a chance to speak to staff. 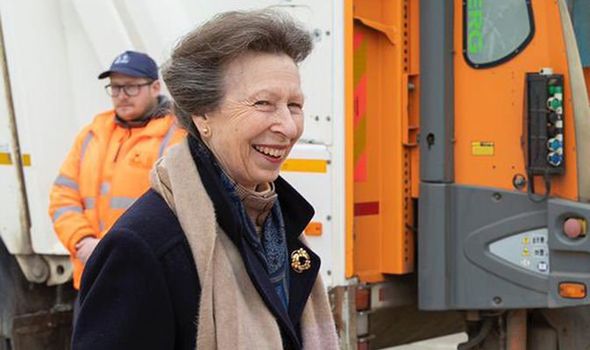 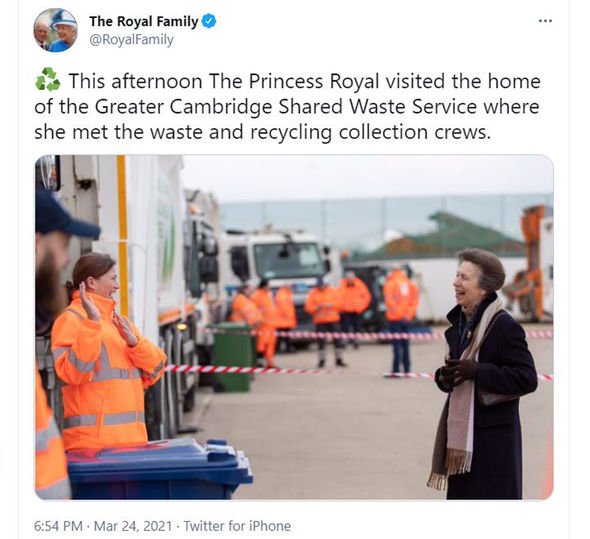 The Royal Family plugged Anne’s latest engagement in a series of tweets.

The posts read: “This afternoon The Princess Royal visited the home of the Greater Cambridge Shared Waste Service where she met the waste and recycling collection crews.

“Her Royal Highness thanked the refuse loaders and bin lorry drivers who have worked as frontline key workers throughout the pandemic, through times when households have generated more recycling and household waste than ever due to lockdown. 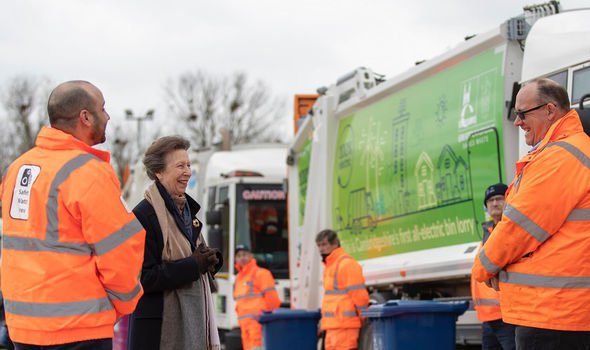 Zara lives close to her mother on the Gatcombe Park Estate in Gloucestershire and they are understood to have been in a bubble together since Christmas.
Mike and Zara already have two daughters Lena, two, and Mia, six and Anne is known to sometimes lend a hand with child care.

While royal birth announcements are usually wrapped in protocol Zara and Mike were able to break the mould due to their non-senior royal status.

Rather than a traditional royal baby announcement Mike revealed Zara had given birth to their son while speaking on his podcast The Good, The Bad and The Rugby.

Mike revealed how Zara gave birth at home on the bathroom floor after they were unable to make it to hospital in time.

“Didn’t make it to hospital. On the bathroom floor.”

“So yeah, it was running to the gym, get a mat, get into the bathroom, get the mat on the floor, towels down, brace, brace, brace.”

He added: “Fortunately the midwife who was going to meet us at the hospital wasn’t that far away so she drove up just as we had assumed the posit [position] and the second midwife arrived just after the head had arrived.” 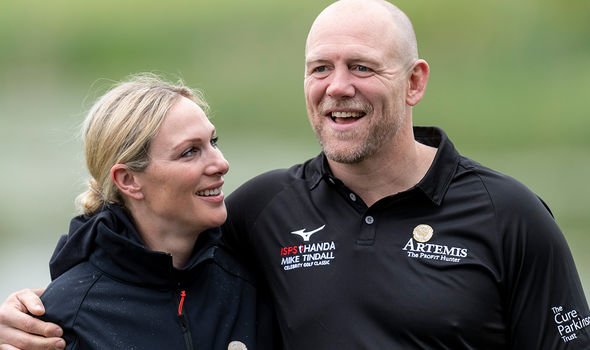 Zara and Mike followed a royal tradition when it came to naming their boy and gave him the middle name Philip.

The sweet nod to the Duke of Edinburgh makes Baby Lucas one of several Windsor males to have the name.

Both Prince William and Prince Charles have Philip as one of their middle names.

Last month another of the Queen’s granddaughters Princess Eugenie, 31, gave birth to a baby who she named August Philip Hawke.