The Queen’s daughter is the patron of Scottish Rugby and is a keen supporter of the team. As coronavirus restrictions mean she couldn’t attend the match in person she watched on TV, along with her husband Sir Timothy Laurence, from their Gatcombe Park home in south-west England.

To celebrate, the official Royal Family Instagram account released a photo of the couple watching the match at home.

This gave enthusiasts a rare look into the living room of a senior royal with several focusing on the books she owns.

The photo shows Princess Anne and her husband watching the match from a sofa.

A coffee table, holding a number of books, is immediately in front of the couple with a dog bed by the TV. 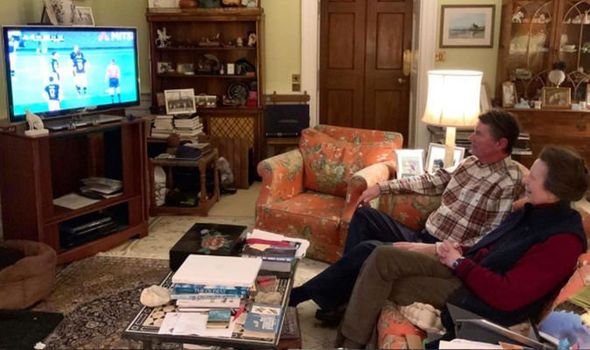 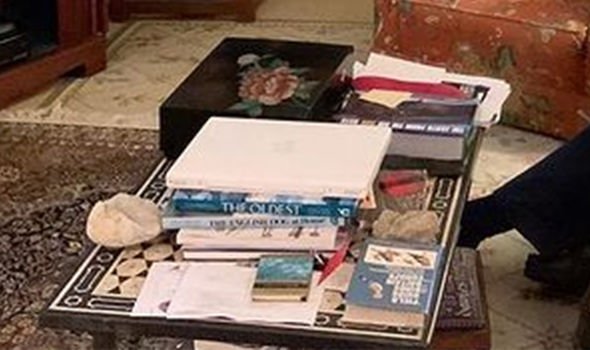 One of the books is ‘A Field Guide to the Birds of Britain and Europe’ which is recommended for identification.

Another is Felicity Wigan’s ‘The English Dog at Home’.

One Twitter user commented: “Love the bird book there on the table.”

On Instagram another added “I love all the books stacked up” and accompanied this with heart and book emojis. 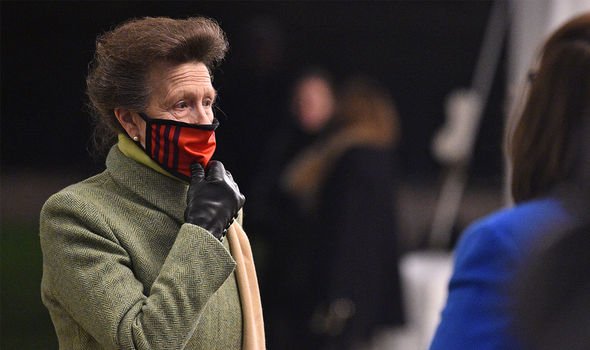 Another social media user said: “So nice to see some piles of books; our family isn’t the only one who does that.”

In the background family photos and horse-riding memorabilia is proudly displayed over a number of shelves.

It said: “As Scotland Team Patron, The Princess Royal often supports the team from the stands.

“Her Royal Highness and Vice Admiral Sir Tim cheered Scotland on from home today as they played England for the Calcutta Cup, 150 years since their first match.” 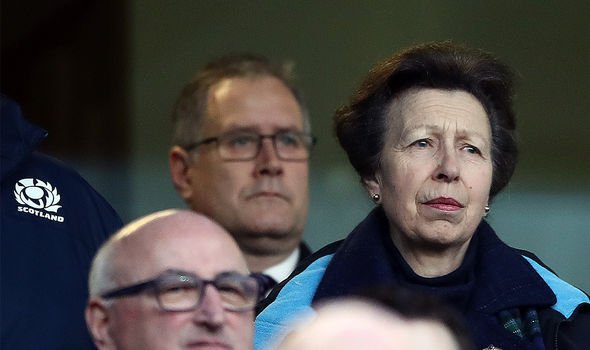 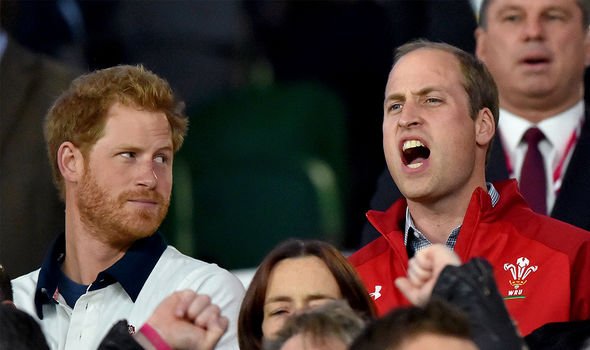 The Calcutta Cup, which England and Scotland compete for annually, forms part of the Six Nations competition.

Scotland defeated England 11-6 to win their first victory at Twickenham since 1983.

More than 110,000 royal fans liked the photo on Instagram.

Queen: Royal expert on whether monarch needs passport in 2018

One posted: “A standard front room/lounge. Love it – feels like home.”

Another said: “I love the normalcy of this photo.”

A third added: “This is possibly the most normal looking royal house I think I’ve seen.”

Several commentators also drew attention to how homely and rustic the scene appeared to be.

One user attracted 964 likes for posting: “I love that their house looks like anyone’s grandmothers house.”

A second wrote “their living room looks inviting and comfortable” whilst another added “lovely to see such a homely room”. 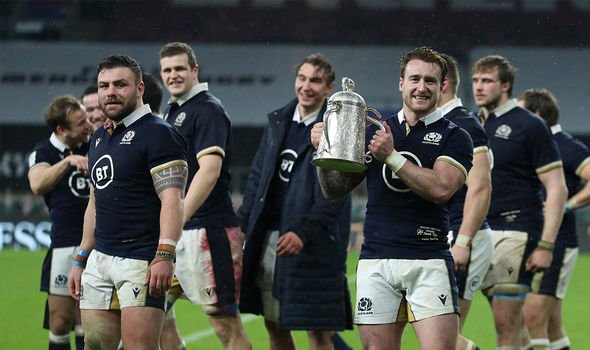 Princess Anne is a keen rugby fan and pre-pandemic regularly backed the Scottish team from the stands at Murrayfield.

A number of other Royal Family members have close associations with rugby.

Prince William is royal patron of the Welsh Rugby Union and has been pictured at matches wearing the red jersey.

Prince Harry by contrast openly supports England and is patron of the England Rugby Union.

He is also patron of the Rugby Football League and last year hosted the draw for the 2021 Rugby League World Cup at Buckingham Palace.