Princess Anne looked sombre as she joined prominent members of the Royal Family at Westminster Hall one last time during this period of national mourning. The Princess Royal is following the King and Queen Camilla’s lead and taking part in the funeral cortege, during which Queen Elizabeth II’s coffin us transferred from the Hall, where she had been lying in state since Wednesday, to Westminster Abbey. Today is surely deeply emotional for Anne, who was by the Queen’s bedside in her last few hours.

Following the late sovereign’s death, the Princess Royal barely left the coffin, witnessing as it was moved from Balmoral Castle to the Palace of Holyroodhouse and was once again present when it was taken to St Giles’s Cathedral.

On Tuesday last week, Anne and her husband Vice Admiral Sir Timothy Laurence had the responsibility to travel with the Queen’s coffin from Scotland to London.

After the journey, the sister of the new King said in a brief statement shared by Buckingham Palace: “I was fortunate to share the last 24 hours of my dearest Mother’s life.

“It has been an honour and a privilege to accompany her on her final journeys. 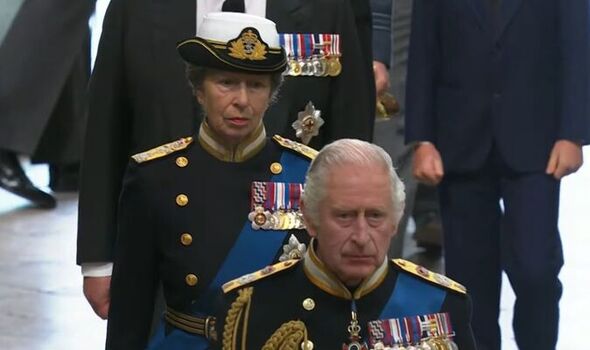 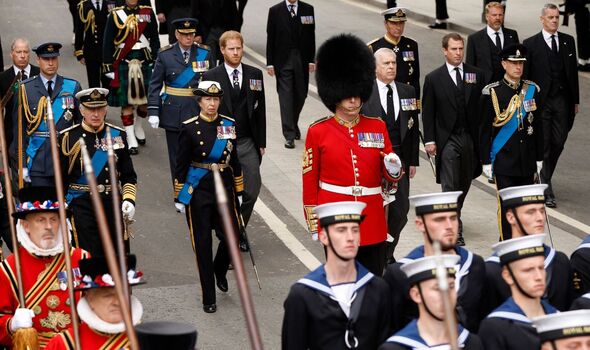 “Witnessing the love and respect shown by so many on these journeys has been both humbling and uplifting. We will all share unique memories.

“I offer my thanks to each and every one who share our sense of loss.”

Among the most poignant public appearances made by Anne ahead of the funeral, on Friday she joined her sibling for a 15-minute-long vigil at Westminster Hall.

While the King stood at the front of the coffin and Prince Andrew at its back, Anne and Prince Edward stood in their military uniform at its side. 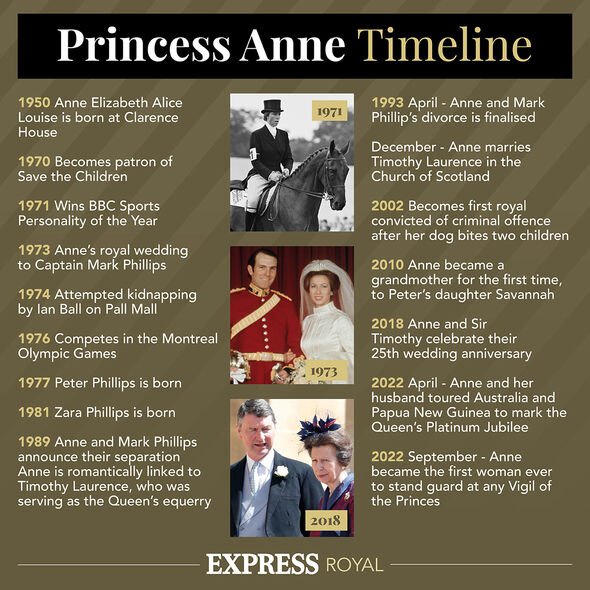 Praising the Princess’ poise, commentator and journalist Kate Mansey tweeted: “Watching the vigil of the Queen’s children I’m struck once again by how dignified and graceful the Princess Royal has been throughout the past week.”

The Queen’s state funeral began as a single toll from Big Ben signalled the start of the service at Westminster Abbey, where King Charles III is sitting surrounded by the Royal Family he now leads.

The King and his siblings – the Princess Royal, Duke of York and Earl of Wessex – walked behind their mother’s coffin as it travelled from Westminster Hall, where the Queen had been lying in state for four days.

Two of the Queen’s great-grandchildren – Prince George, 7, and Princess Charlotte, 9, joined their parents the Prince and Princess of Wales at the state funeral.

Prince William walked past behind the Queen’s coffin with his brother the Duke of Sussex and his cousin Peter Phillips following King Charles and his three siblings.