Princess Anne is to visit Scotland in a trip to the late Queen Elizabeth II’s royal patronages. The Queen’s only daughter is in Scotland to tour the Glasgow City Chambers, one of the city’s most celebrated works of architecture.

She will meet with representatives of various organisations of which the late sovereign was patron.

She is expected to greet those the Queen supported at around lunchtime on Thursday.

This comes after the Princess Royal, 72, took a front-and-centre position in the procession of the Queen’s coffin on Wednesday afternoon.

She joined King Charles, Prince Andrew and Prince Edward behind the coffin on its journey from Buckingham Palace to Westminster Hall. 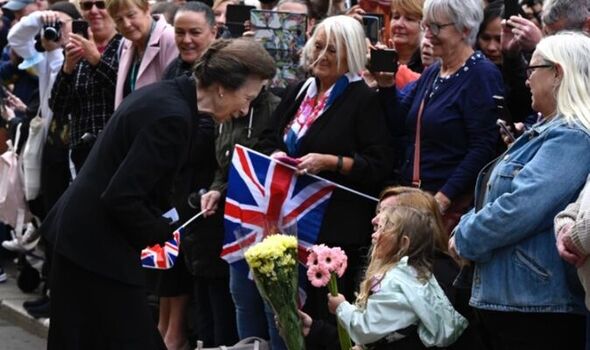 They were accompanied by Prince William, Prince Harry, the Duke of Gloucester, the Earl of Snowdon, and Princess Anne’s husband, Vice Admiral Sir Tim Laurence, as well as her son, Peter Phillips.

The procession was followed by a short service from the Archbishop of Canterbury and the Dean of Westminster.

The coffin began its journey on Sunday, leaving the gates of the monarchy’s Balmoral estate in Aberdeenshire.

The monarch died “peacefully” at Balmoral last Thursday, the Scottish refuge one of the late sovereign’s favourites. 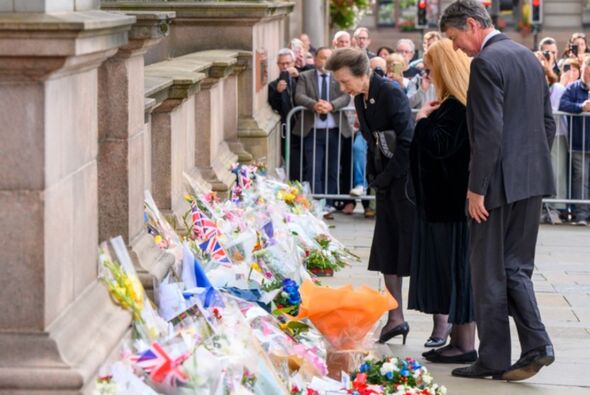 As the coffin departed from Balmoral, Princess Anne followed the cortege’s six-hour journey through Scotland to Edinburgh.

The convoy made its way through Aberdeen after passing through Ballater, the closest town to Balmoral.

It arrived in Dundee and then Perth before reaching the Scottish capital.